Project Backboard began in 2014 when Daniel Peterson, a former college basketball player and employee of the Memphis Grizzlies, noticed the neglected state of several basketball courts scattered around the city. To revive these spaces, Peterson began to refurbish the courts with small improvements—filling in cracks or repainting the basic lines needed for a regulation game.

As Peterson began updating courts across Memphis, his interest widened to include ways he could not only improve his local courts, but generate excitement in surrounding neighborhoods for their public parks. After learning local artist Anthony Lee was already designing an installation for a nearby court, he partnered with the artist to paint the park’s gray asphalt with bright blue and pink designs. The collaboration marked the beginning of Project Backboard, while also inspiring Peterson work with local artists who were already engaged within a chosen community.

“I prefer to work with artists who have a connection to the park or city where we are working,” Peterson told Colossal. “Having the artist on site is very helpful for installation and, especially if it is a city I am not as familiar with, a local artist can create a work with more meaning and context. That said, there are artists I have worked with in the past that I would love to work with again if the right opportunity comes along!”

After reviving several basketball courts in Memphis, Project Backboard has moved on to produce projects in St. Louis and Los Angeles. Currently the organization is working with cities along the East Coast, specifically Baltimore and New Rochelle, New York. To explore other updated courts, and how you might be able to collaborate on an installation in your own city, visit Project Blackboard’s website or Instagram. (via Artsy and the National Endowment for the Arts) 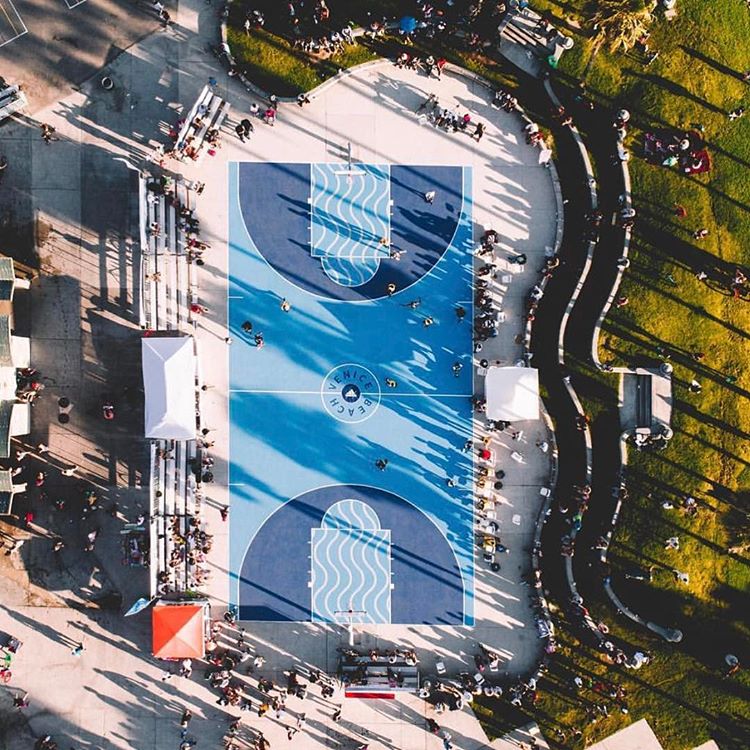