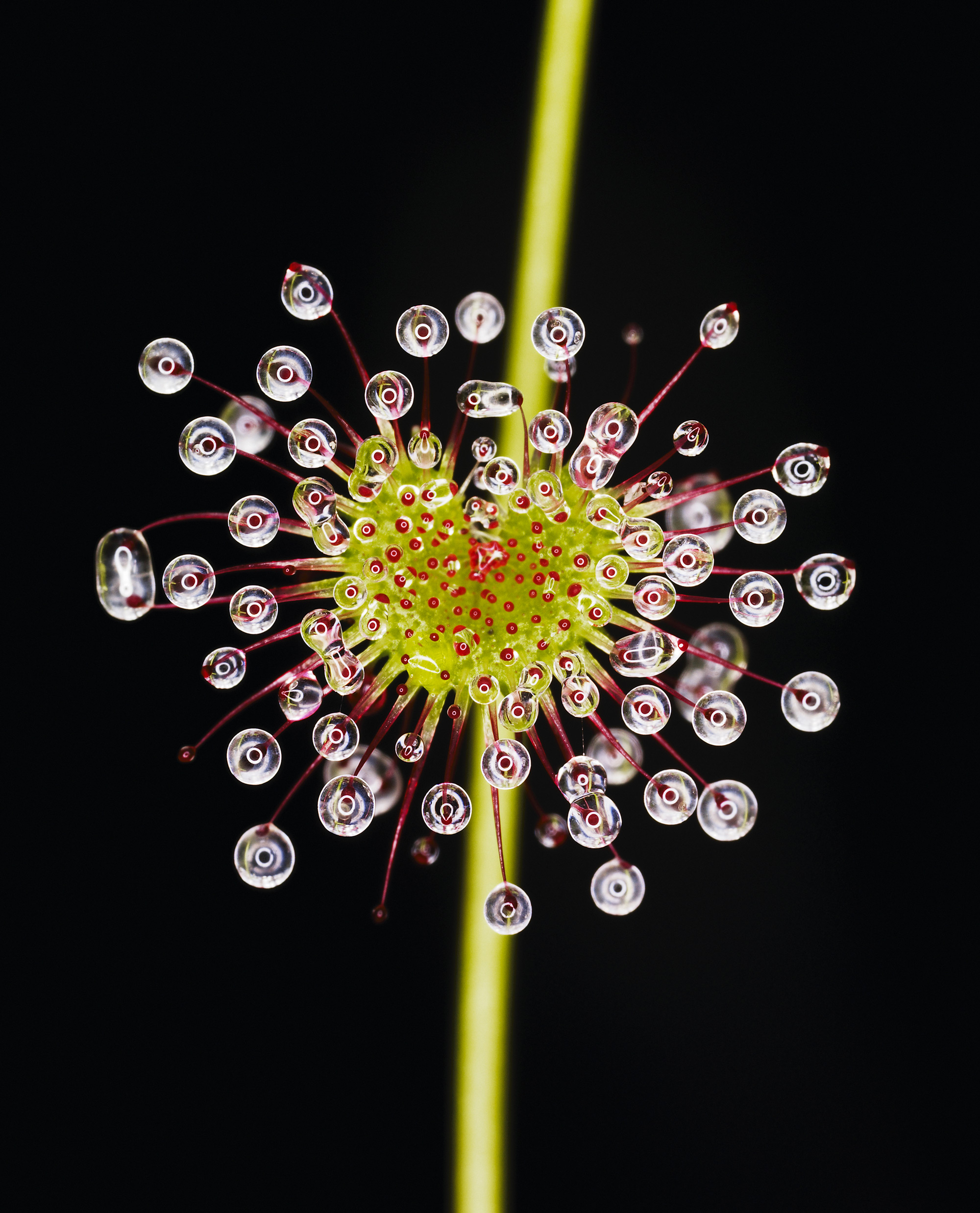 Swedish artist Helene Schmitz focuses on the fascinating structural details of plants in her macro photographs. Throughout her long career, Schmitz has returned again and again to plants. By  centering her subjects—dramatically unfurling blossoms and carnivorous plants—on matte backgrounds that complement the tones of the specimen, viewers are able to study the unique shapes and structures of each plant. Schmitz titles each work with the plant’s Latin name, heightening the aura of scientific precision in her portraits.

“The focus of my work as a visual artist is how human kind has examined, described, and exploited elements of the natural world,” Schmitz tells Colossal. Blow Up was inspired by German photographer Karl Blossfeldt’s plant portraits, and resulted in Schmitz’s first book of plant macro photography. The artist notes that her second series, Linnaeus Project, drew from Swedish botanist Carl Linnaeus’s pioneering work in creating order and categorization in the natural world, but also contributed to a pathway of modern exploitation of natural resources (Linnaeus also applied his hierarchical rankings, highly problematically, to humans). Schmitz’s showcase of the peculiar plants live on the edge of flora and fauna, Carnivores, was an assignment for National Geographic Magazine.

Helene Schmitz is represented by WILLAS Contemporary in Oslo, Galerie Maria Lund in Paris, and Turn Gallery in New York. See Schmitz’s work in person at Fotografiska, a photography-focused Swedish museum with locations in Stockholm and Tallinn, Estonia. The museum is opening its New York branch this winter. “Papaver orientalis” part of the Blow Up series “Cucurbita pepo 2” part of the Blow Up series No Memory Is Ever Alone: A Photographer Reimagines Family Moments Using Her Dad's Old Slides