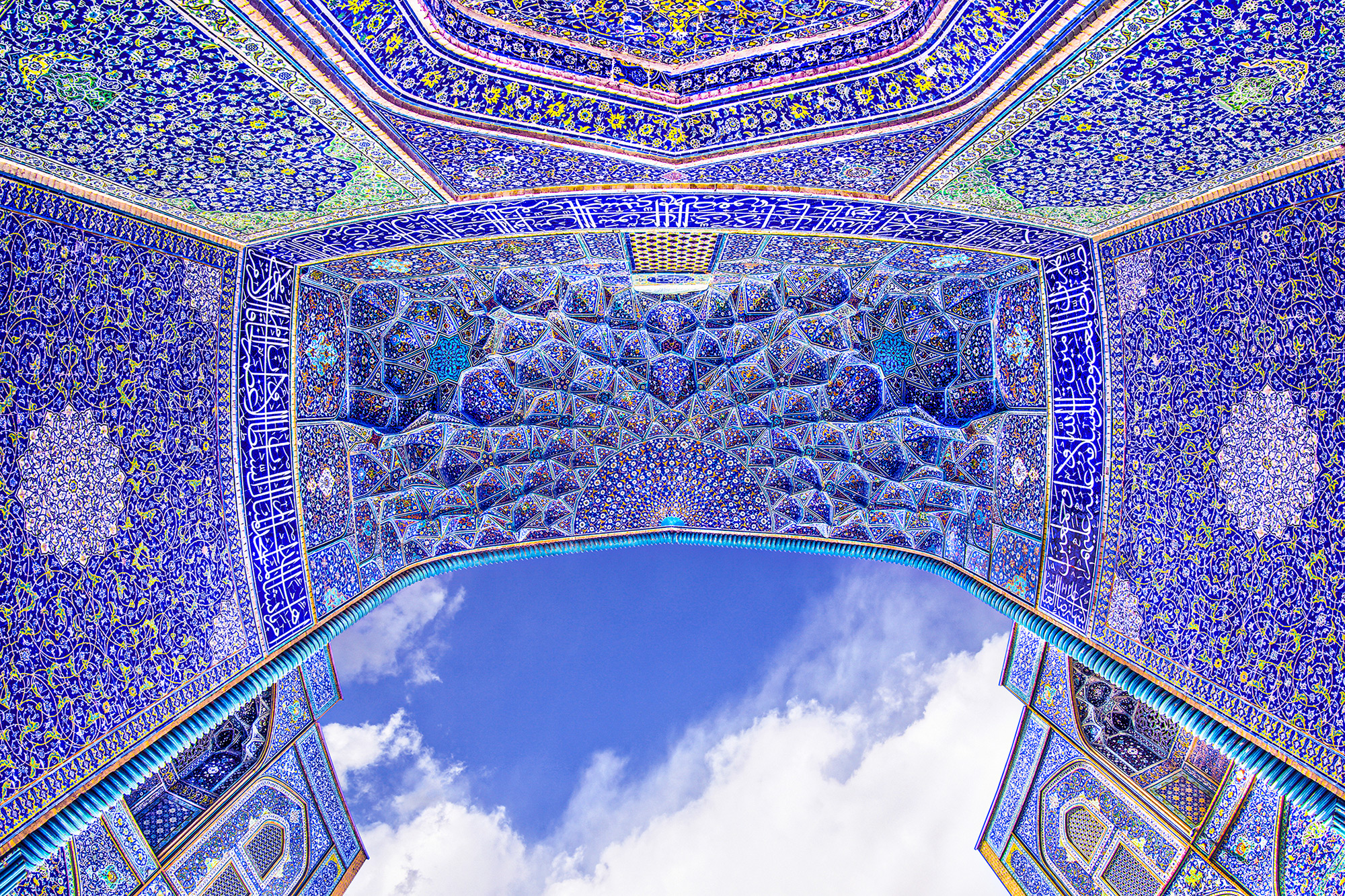 Iran-based artist Fatemeh Hosein Aghaei takes mesmerizing photographs that showcase the intricate patterns inside the country’s ancient buildings. The artist mostly features mosques in the Iranian city of Isfahan, which is located about 250 miles south of Tehran and is known for its Perso–Islamic designed structures, boulevards, covered bridges, palaces, tile-filled mosques, and minarets. In her photographs, Hosein Aghaei often looks upward to frame the building’s domes and arches complete with complex colorful designs, sometimes even adding glimpses of the city’s blue skies. The artist tells Colossal that she wants her work to capture and share the beauty of Iran’s historic architecture. Keep up with Hosein Aghaei’s captivating images on Instagram.