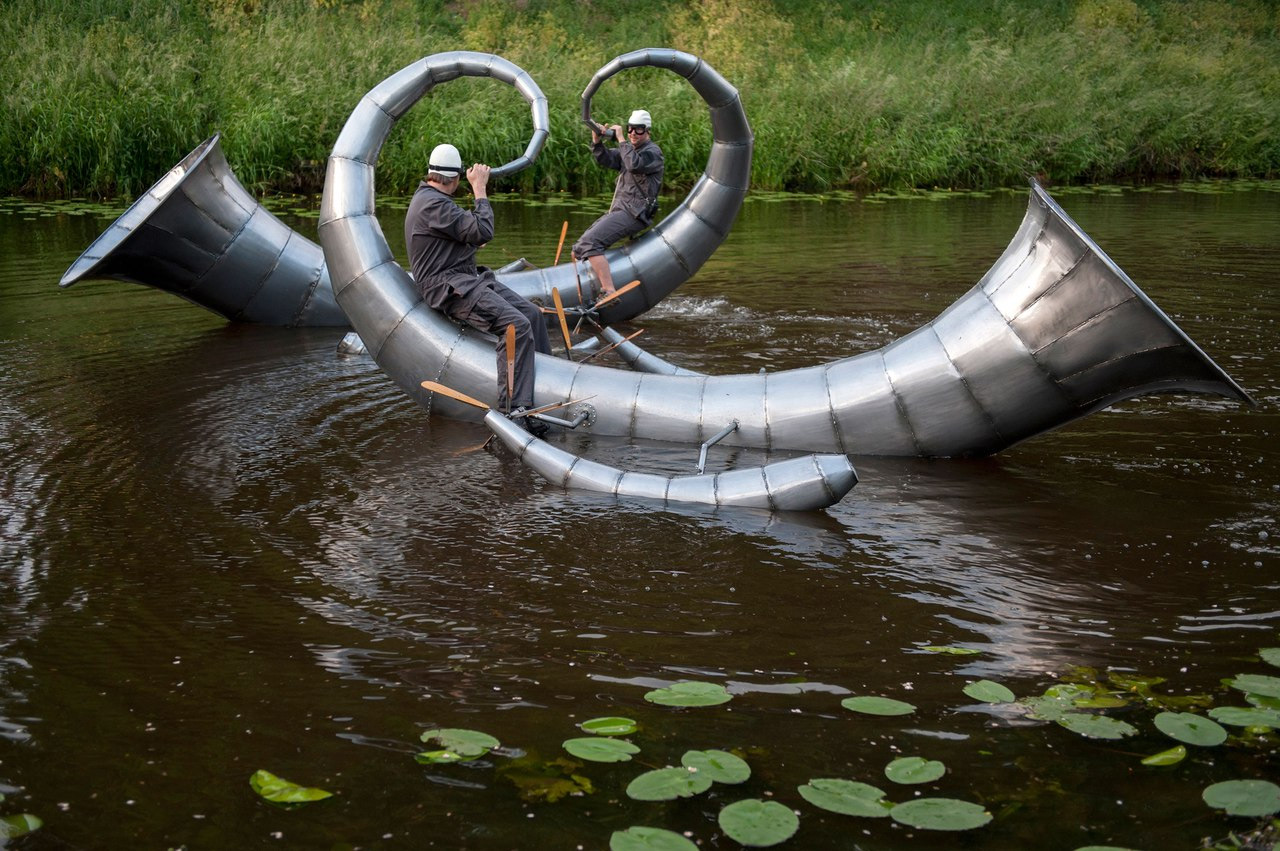 A floating parade dedicated to painter Hieronymus Bosch (previously) honors the artist’s fascination with the fantastical and absurd in an annual event that embodies his philosophy and aesthetic. The 2019 occurrence of the Bosch Parade included a musical performance played on a partially submerged piano and a scene with two people straddling enormous horns, just two of fourteen vignettes devoted to an evolving story about “power and counterforce, battle and rapprochement, chaos and hope.”

Bosch is known for his symbolic paintings often tying in gruesome representations of the afterlife and human desire and fear. He is also regarded as one of the earliest genre painters, depicting common people and their everyday experiences. The annual Bosch Parade is described by organizers as “a theatrical and musical art spectacle on water,” drawing thousands of visitors to the southern city of ‘s-Hertogenbosch in the Netherlands, where Bosch was born and eventually got his name from.

Until the next parade kicks off on June 17, 2021, stay up to date with the striking floats planned for the next event on Instagram and YouTube. (via Design You Trust)