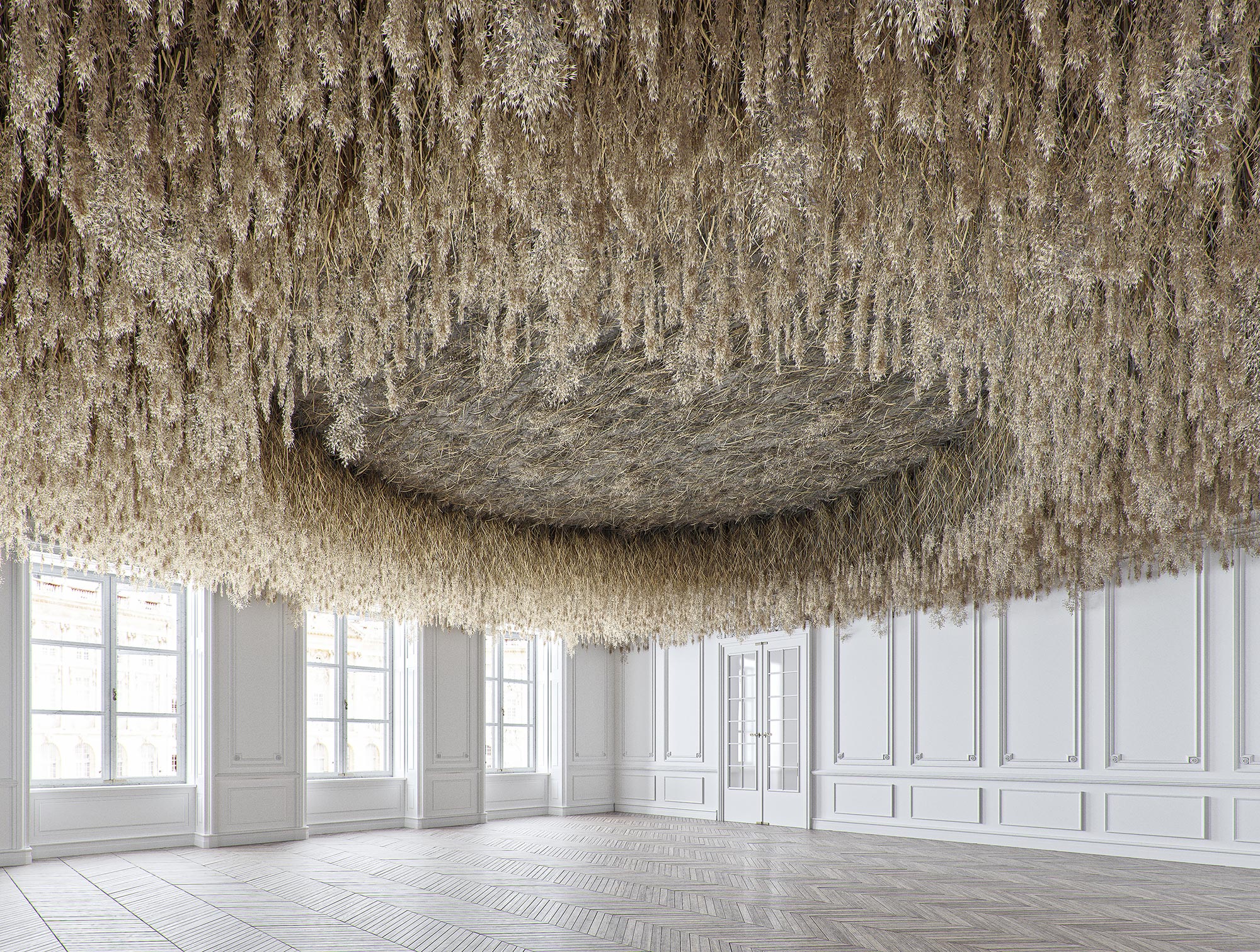 In Tadao Cern’s sweeping installation “French Exit,” a cloud of feathery grasses looms over the room. The immersive artwork juxtaposes the ephemeral, dried material with the viewers who stand underneath as it creates a soothing and introspective space to consider the notions of farewells, whether it be the close of a party or more profound experiences, like the end of a relationship or death.

Cern tells Colossal that the title refers to the colloquialism about leaving a social gathering without saying goodbye. “This is something that I usually do because as an introvert, I can not bear with the attention that you get once you say that you have to go. A ping pong game starts of, ‘I have to go,’ and ‘please don’t go,'” says the Lithuania-based artist (previously) says. Emitting a soft glow, the long-stemmed grasses connect to both the organic nature of the life cycle and the human desire to situate ourselves within a broader context, particularly when confronted by aging and death. Cern writes:

I tried to focus more on the aspect of what we would be missing the most during the last seconds of leaving this place.. My guess (is that) it would be something banal, like fields of wheat during the sunset… Banality is a result of such a strong love and affection with something/somebody that you even get sick of it. And hanging everything on the ceiling creates an illusion of floating for the viewer as if you are being taken to the sky.

Cern finished initial sketches for the installation—which also includes CGI elements and a massive arrow pointing downward—just before the first wave of the COVID-19 pandemic. Months later, he was diagnosed with depression and anxiety, coincidental timing that altered his understandings of death and how we collectively say goodbye. “Once the pandemic is over, hopefully, we’ll have a chance to contemplate our farewells in reality. If there is such a thing,” he says.

Purchase prints of the artist’s meditative projects on Patreon, and follow his latest installations on Instagram and Behance. (via Ignant) 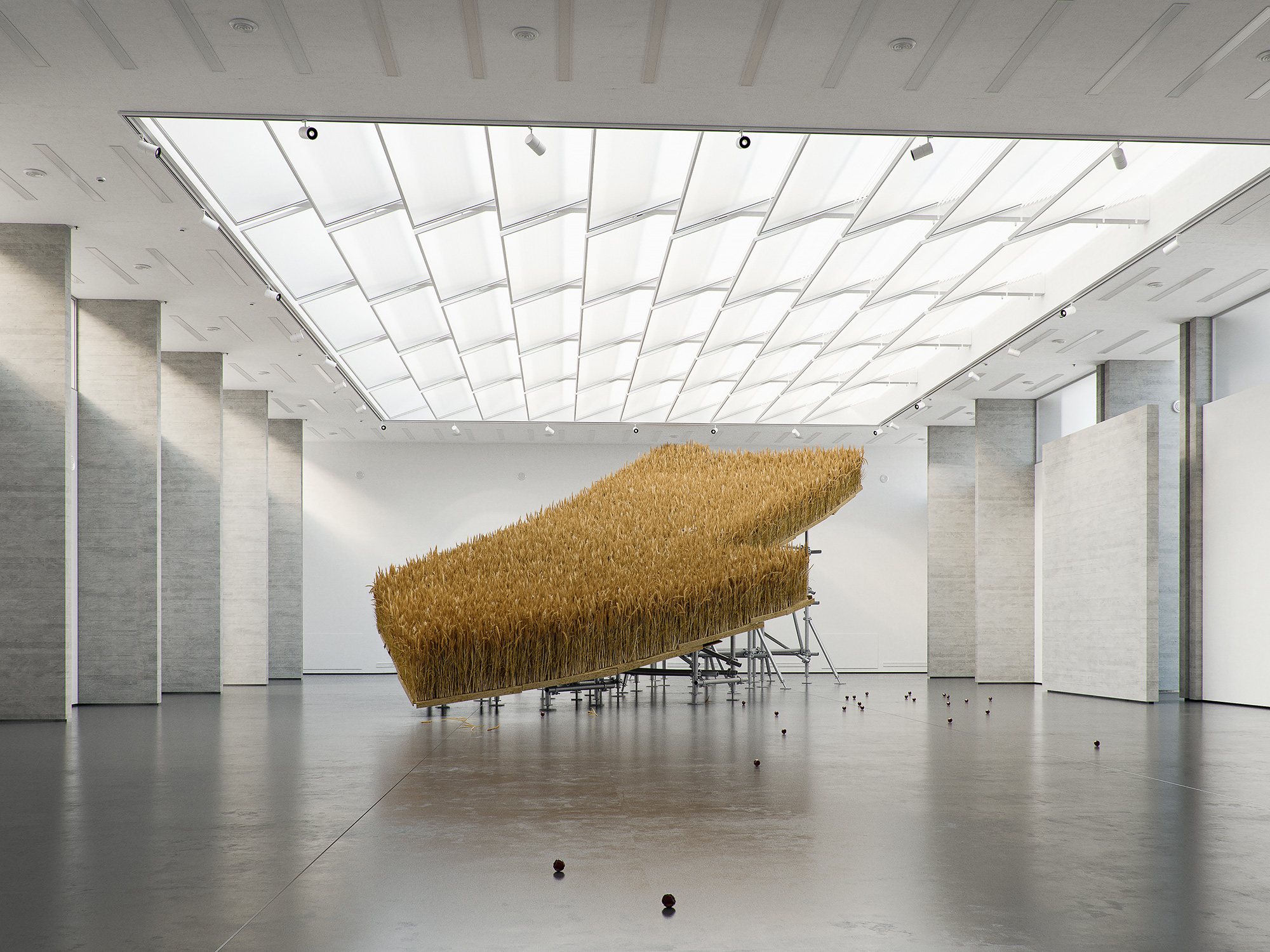