Russian photographer Daniel Kordan (previously) is adept at locating extraordinary environments around the world—he captured this dazzling series of Japan’s firefly mating season a few months ago—and his recent excursion to the Socotra archipelago is similarly enchanting. Situated between the Guardafui Channel and the Arabian Sea, the remote island is populated by dragon blood trees, an evergreen species with upturned branches that splay outward and produce a bristling canopy.

Kordan’s photographs, which are shot at dawn, golden hour, and under a star-illuminated sky, frame this unique growth pattern that leaves the trees’ gnarled wood underbelly exposed. Combined with the deep red sap that seeps from its trunk, this otherworldly feature ties the species to local lore. “According to legend, the first dragon blood tree was created from the blood of a dragon who was wounded in a battle with an elephant,” the photographer says.

Kordan details the techniques and equipment he used in Socotra in a post about his travels, which you can follow on Instagram. He also has dozens of photographs of the white-sand deserts and life on the Yemeni island available as prints in his shop. 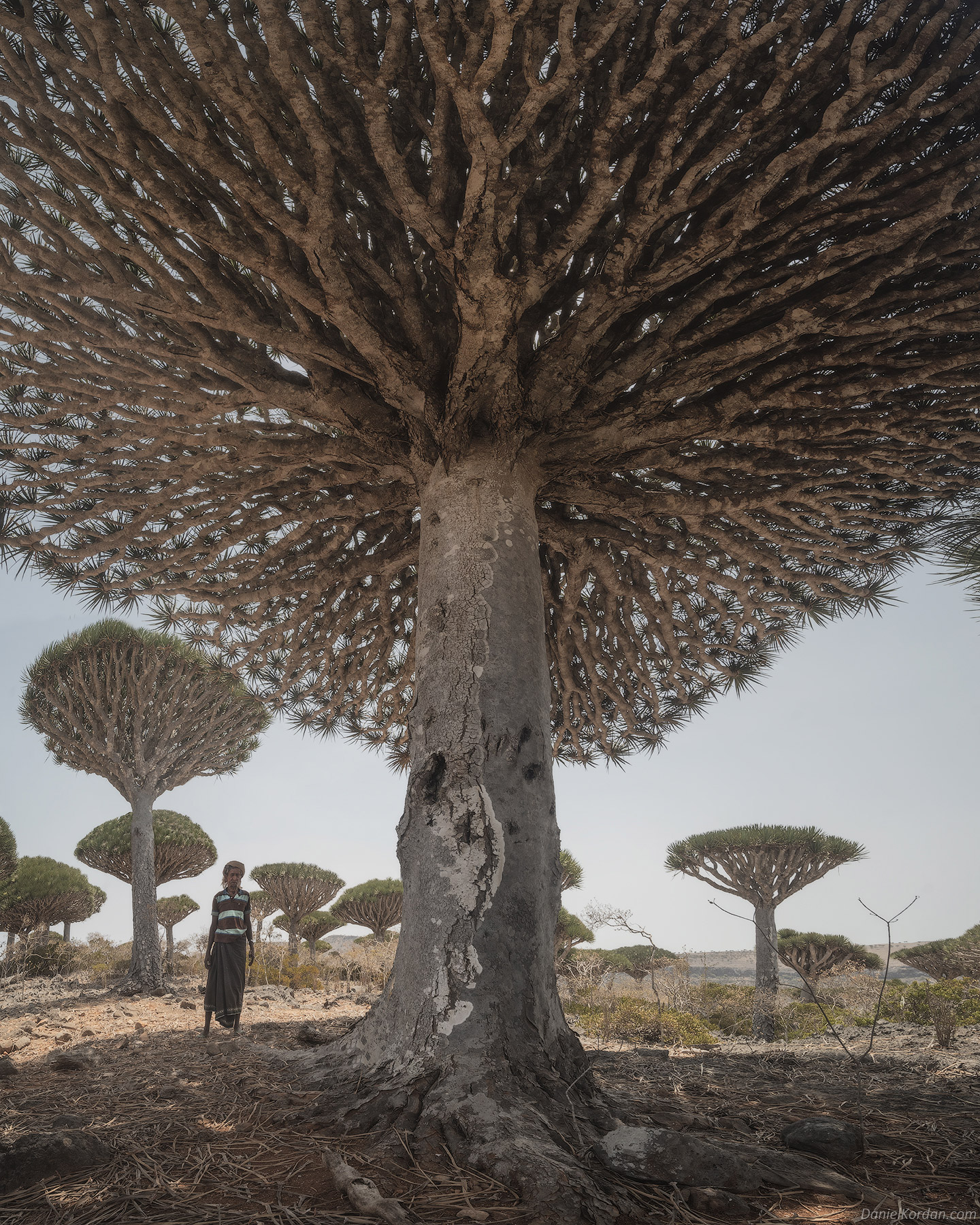 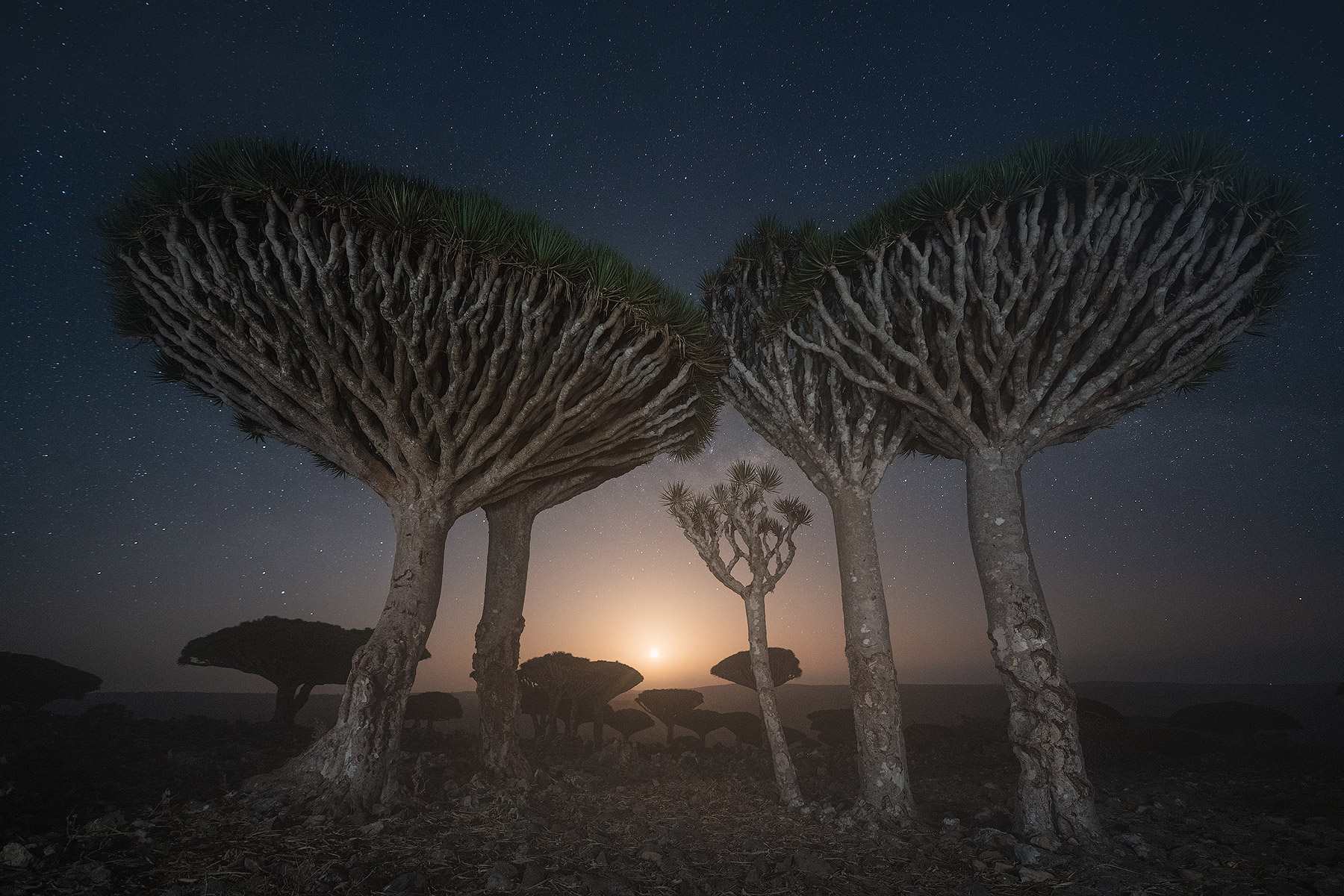 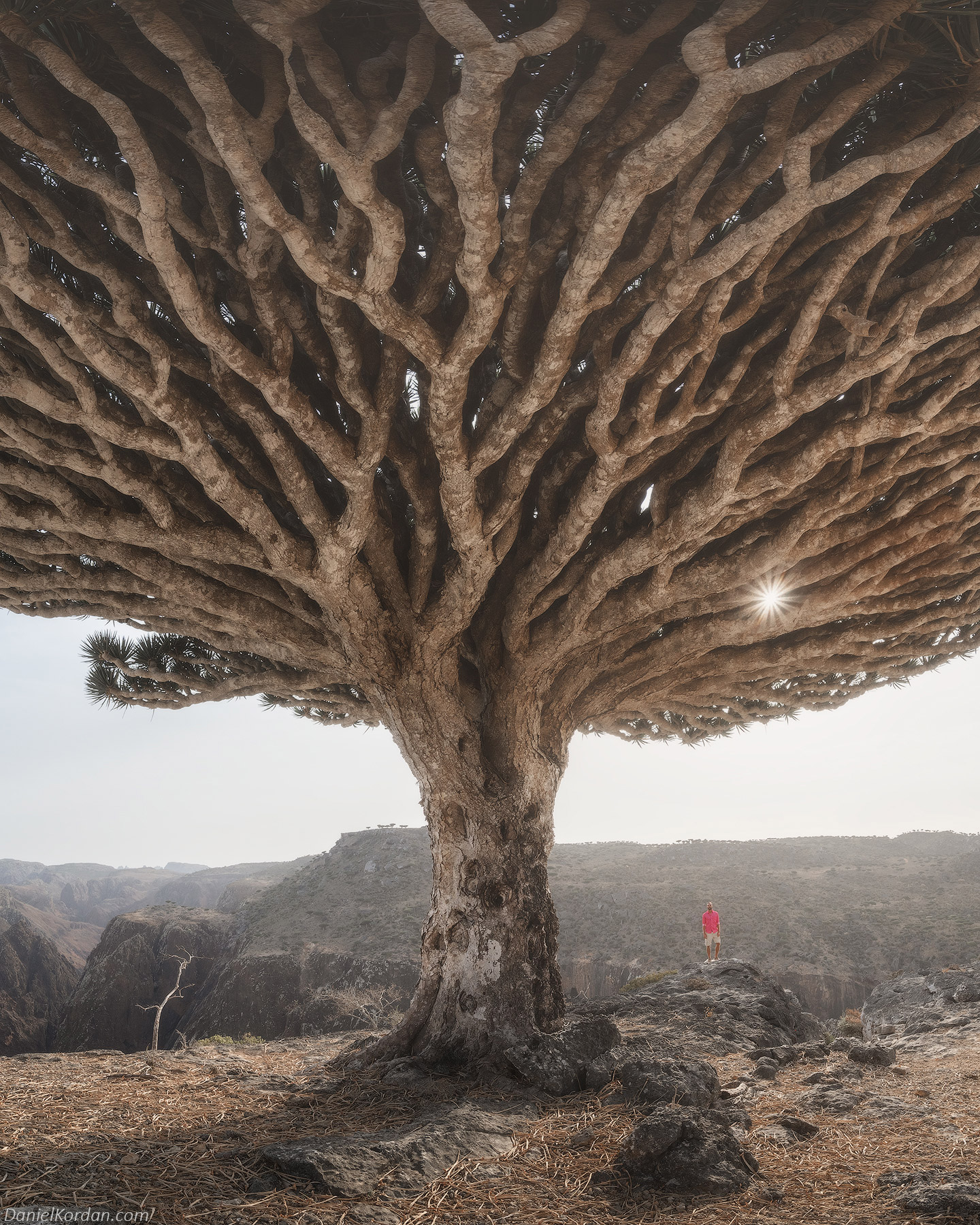 Related posts on Colossal about trees