Single Eyes Gaze Out of Antique Cutlery, Tins, and Other Objects in Miniature Paintings by Robyn Rich The Georgian era saw the rise in a jewelry trend that’s equally sentimental and peculiar: to remember spouses who had died or to honor clandestine affairs without revealing anyone’s identity, people would commission tiny renderings of a person’s eye to be painted on broaches, rings, and other accessories they could carry with them. Similar to a lock of hair or portrait hidden in a locket, the abstracted feature was anonymous and indiscernible to most but deeply personal to the wearer.

Robyn Rich evokes this centuries-old fad with a substantial body of work that nestles minuscule oil paintings into cutlery, tins, and other antique vessels. “With a love of reusing and recycling, the found objects I use give a simple and often nostalgic canvas, which offers little distraction, allowing the beauty of the eye to be the focus,” she says. “These objects that we use every day are often taken for granted, overlooked, and forgotten, but in my work, they have another life and help tell a story.”

Whether centered on the eyes, nose, or lips, each realistic snippet conveys a wide range of human emotions—the expressive works capture everything from surprise and worry to contentment—through a single, isolated feature. “I paint friends, total strangers, and the eyes from painted portraits from the past. Each eye I paint becomes a little part of me,” the Frankston, Australia-based artist says.

Alongside her ongoing series of works on domestic objects, Rich is currently collaborating with designer Kelty Pelechytik on a collection of custom wearables. She also has an upcoming solo show at fortyfivedownstairs in Melbourne. Titled I See You, the exhibition is the culmination of a call Rich put out in 2019 for women and female-identifying people to share their portraits and stories with her, resulting in more than 100 pieces that will be on view this October. Until then, find an extensive archive of her miniatures on Instagram. 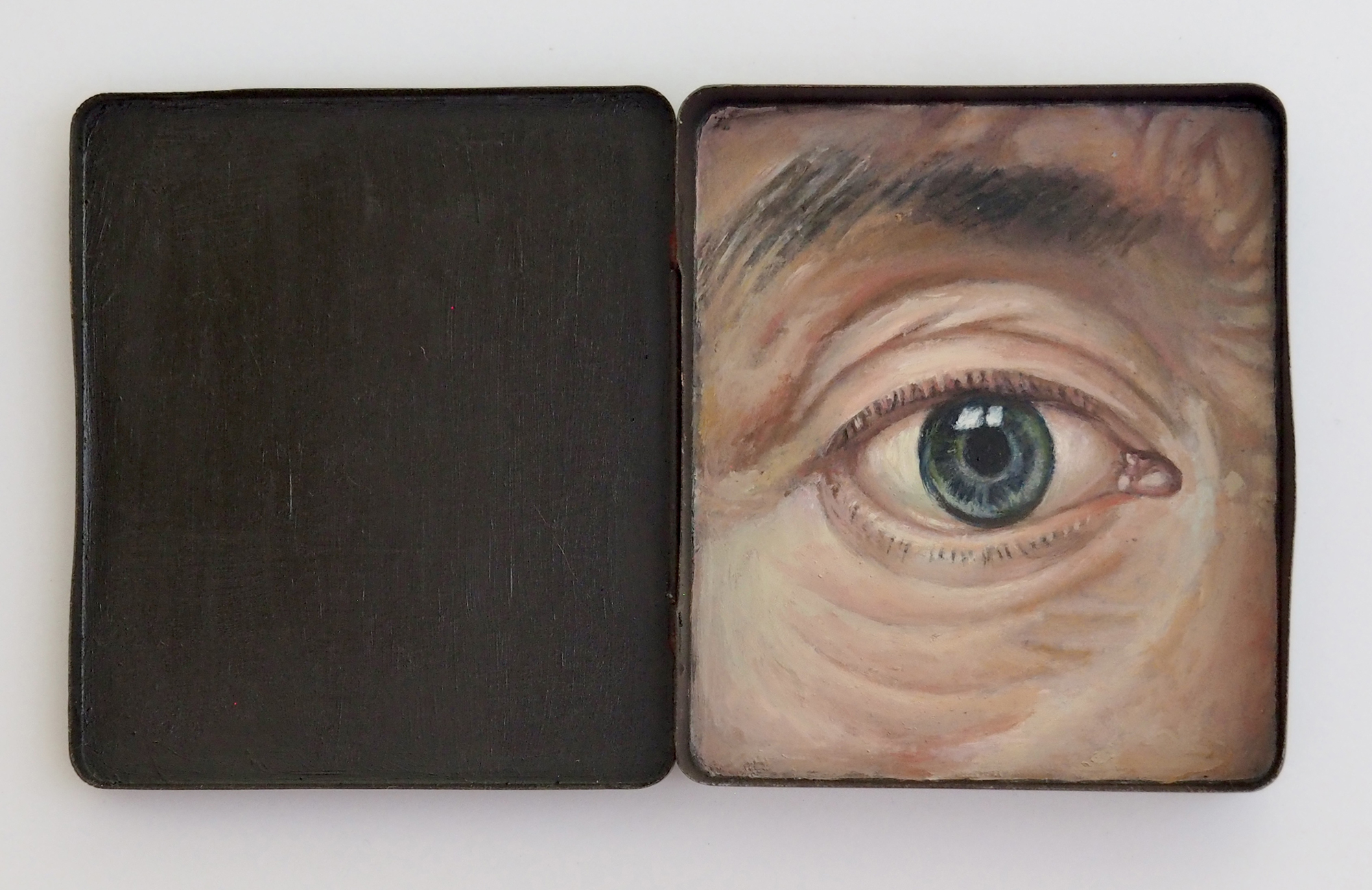