“They’re very much like people,” says Lisa Agnetun (previously) about her adorably spirited figures. “Except for the fact that high-fired ceramics has the ability to outlive us all. If you treat them respectfully, they will haunt you forever.”

The Gothenburg, Sweden-based ceramicist crafts tiny apparitions with endlessly unique personalities. All wear bedsheet-style disguises, although they’re crafted from different clays, fired at varying temperatures, and covered in glazes that range from matte neutral tones to sleek, vibrant speckles. The artist shares that the characters have gained weight recently and their eyes have widened, and some of the spectral forms have even been fractured and scarred with glimmering gold Kintsugi.

Agnetun plans to update her Etsy shop next on November 25, so keep an eye on her Instagram for details on that release, especially since the tiny apparitions seem to disappear within minutes. 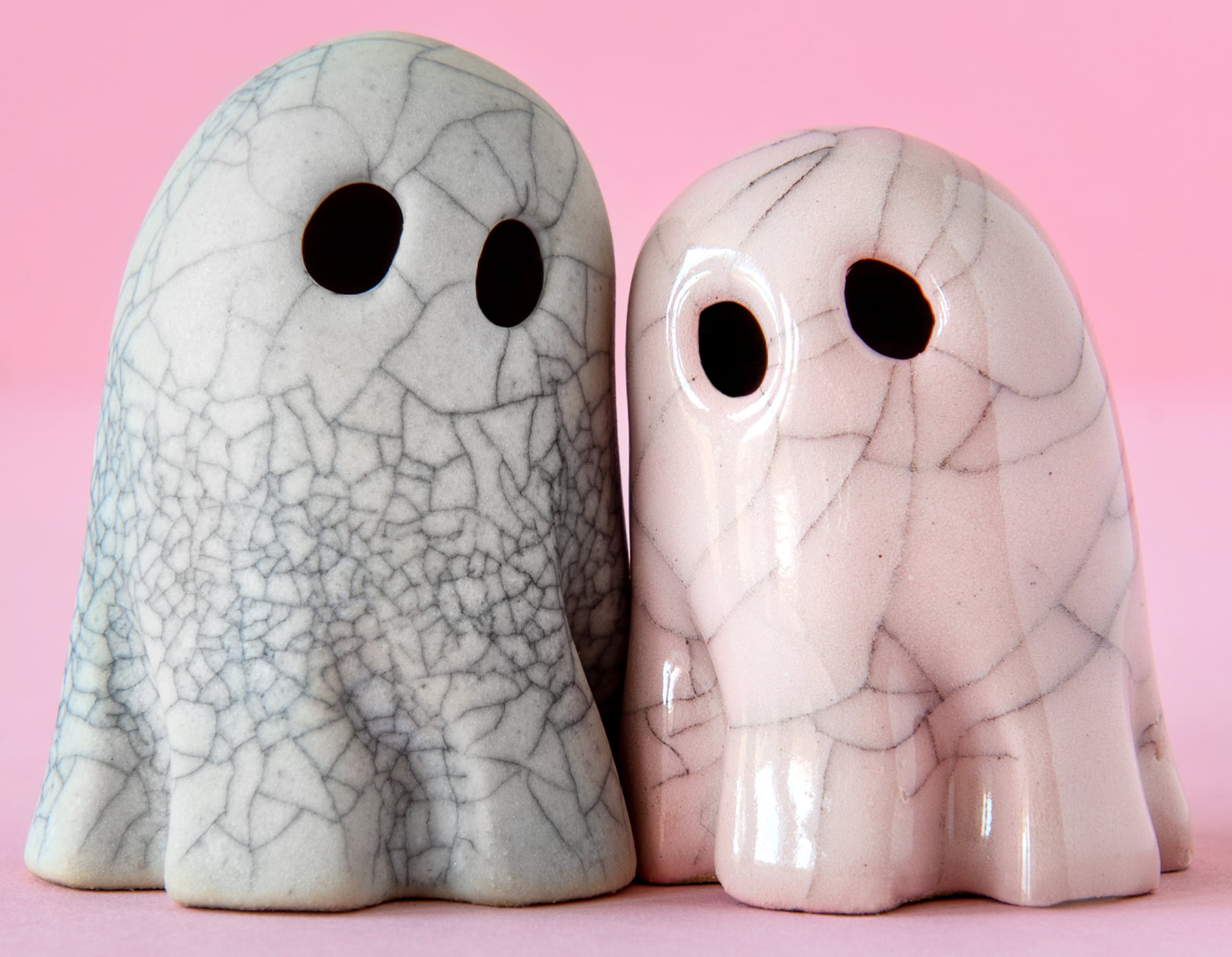 Masanaga Noike, who’s behind the Nagano City-based studio naga-no-glass, has summoned some super cute spirits to the table just in time for the most haunted day of the year. Designed to cradle chopsticks on their pudgy bellies, every ghostly dinner guest is hand-formed and given whimsical expressions, so no two are alike. Noike makes them by coating a white powdered glass over the top of transparent glass, then pulling the hands and tail and denting the stomach where the utensils can be placed.

Explore more of Noike’s work on Instagram. (via Spoon & Tamago) Adorable, mischievous, and undeniably spirited, the porcelain figures that Lisa Agnetun sculpts breathe new life into the simple, bedsheet silhouette we’ve long associated with ghosts. Brimming with personality and energy, the specters are similarly outfitted with asymmetric eye holes and fabric that bunches as their feet. “They’re dead souls, and I think it’s a challenge to make them come alive. It also gives me great pleasure and even hope to make this strong symbol of death into something playful and not scary at all,” Agnetun writes.

Made from a variety of clays, the pieces are wheel-thrown and then sculpted by hand to add final details. Each receives a thick coat of matte, glossy, or cracking glaze, with some getting a final wax treatment or an ink wash after firing.

Although the Gothenburg, Sweden-based ceramicist has been crafting the tiny apparitions to gift to friends and family for years, she only started selling them about six months ago. They’re a portion of her ceramics practice that spans teaware, LED-lamps, vases, and other sculptural objects. “Every time I open my kiln, I want to find new exciting things that I haven’t seen before,” she says. “The ghosts are the only pieces that really stick with me. They’re all unique and keep evolving along with my other work, so there’s no chance for me to get bored with them.”

Agnetun sells the playful creatures, which range from the size of a fingertip to a few inches tall, on Etsy. In the coming months, she plans to create a few jar sculptures, triple vases, and a new mug alongside more ghosts, all of which you can follow on Instagram. 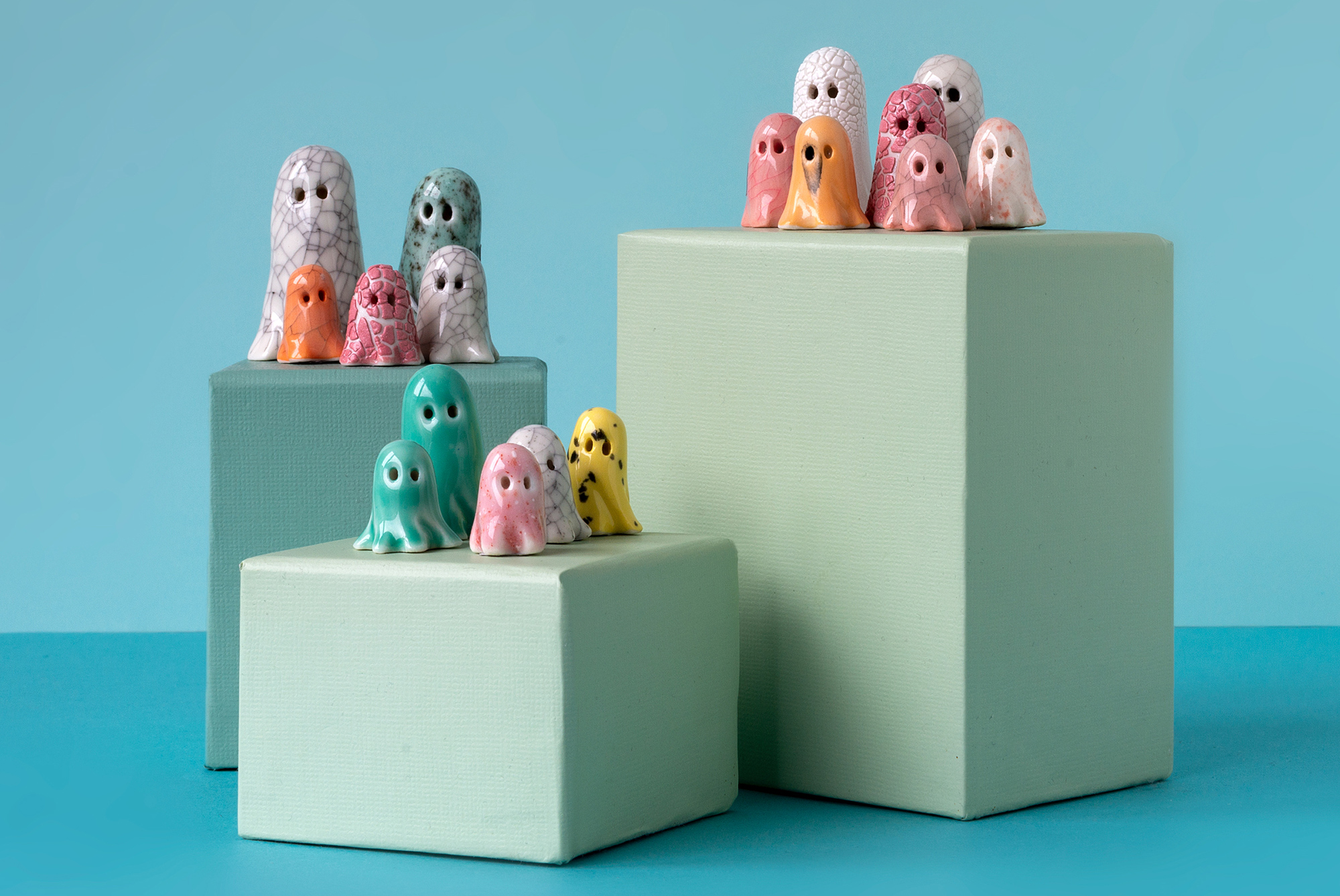