Although many of us will never step foot on the red planet, a new compilation captured by Mars rovers walks through the rocky, sandy terrain in stunning detail. Throughout the video of 4K imagery, the rovers explore the wide-open plains and candy-colored stretches of the Martian landscape. As the narrator notes, getting actual footage of Mars currently is impossible, as even the most technologically advanced rovers like Curiosity still are limited to extremely slow data-transmission speeds back to Earth. Watch the full compilation on YouTube, check out this 1.8 billion pixel panorama taken by Curiosity. (via Twister Sifter) 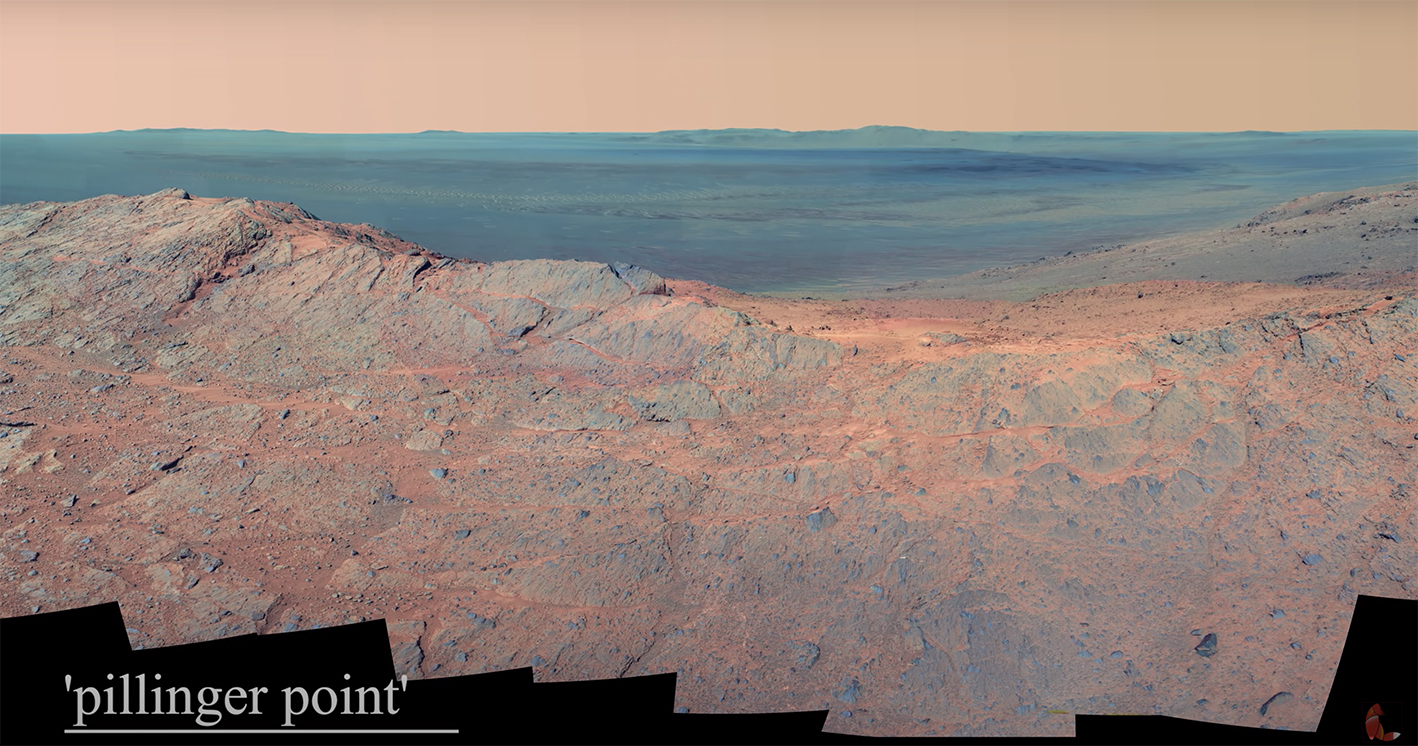 The teams at Gramazio Kohler Research and Incon.Ai recently collaborated on an architectural project that merges digital savvy with traditional craftsmanship to create a skillful new building technique. Completed in 2019, “Augmented Bricklaying” relies on digital markers to instruct bricklayers about where to spread mortar, how thick to layer it, and what the position of the next stone should be.

A custom-designed guidance system, the hybrid technique combats the limitations of both traditional and innovative digital approaches: robotic arms have restricted mobility and difficulty with pliable materials like mortar, while physical templates can be cumbersome and less accurate for masons. The new model “combines the advantages of computational design with the dexterity of humans, supporting an entirely new way of fabrication,” the Zurich-based team said in a statement.

To create the 225 square-meter structure, masons assembled 13,596 locally sourced bricks in varying rows. The differentiated mortar heights range from five to 30 millimeters and help to determine each brick’s rotation that spans -20° to +20°. “That way mortar, usually treated as secondary material in the design of fair-faced brick walls, became a defining element in the appearance of the facade,” the team said.

Because of the differed construction, the porous exterior appears as a wave or ripple. The patterned facade provides ventilation and allows sunlight to stream into the building, which produces an array of circles that shifts based on the time of day.  It will house KITRVS Winery’s processing and storage facility. The Greek vineyard overlooks the Thermaic Gulf of the Aegean Sea at the base of Mount Olympus.

Gramazio Kohler Research is the ETH Zurich’s chair of architecture and digital fabrication, and Incon.Ai is a subsidiary of the organization’s robotic systems labs. Keep up with Gramazio Kohler’s inventive projects on Instagram and Vimeo. (via designboom)