Through densely laid cross-stitches and whorls of thread, Han Cao revitalizes discarded photographs and postcards. Similar to the artist’s previous projects, her latest series New Nostalgia strikes a balance between the original subjects and the fiber-based additions. Sometimes covering faces with sparse dandelion puffs or confetti-like burst, Cao redefines the vintage pieces and explores how narratives linger as she stitches plumes of train steam that trail beyond the initial photograph’s edges.

Based in Palm Springs, the artist shares glimpses into her process on Instagram, and if you’re in Philadelphia, check out her embroidered pieces that are on view through August 22 at Paradigm Gallery. Cao also sells some of her mixed-media works in her shop. 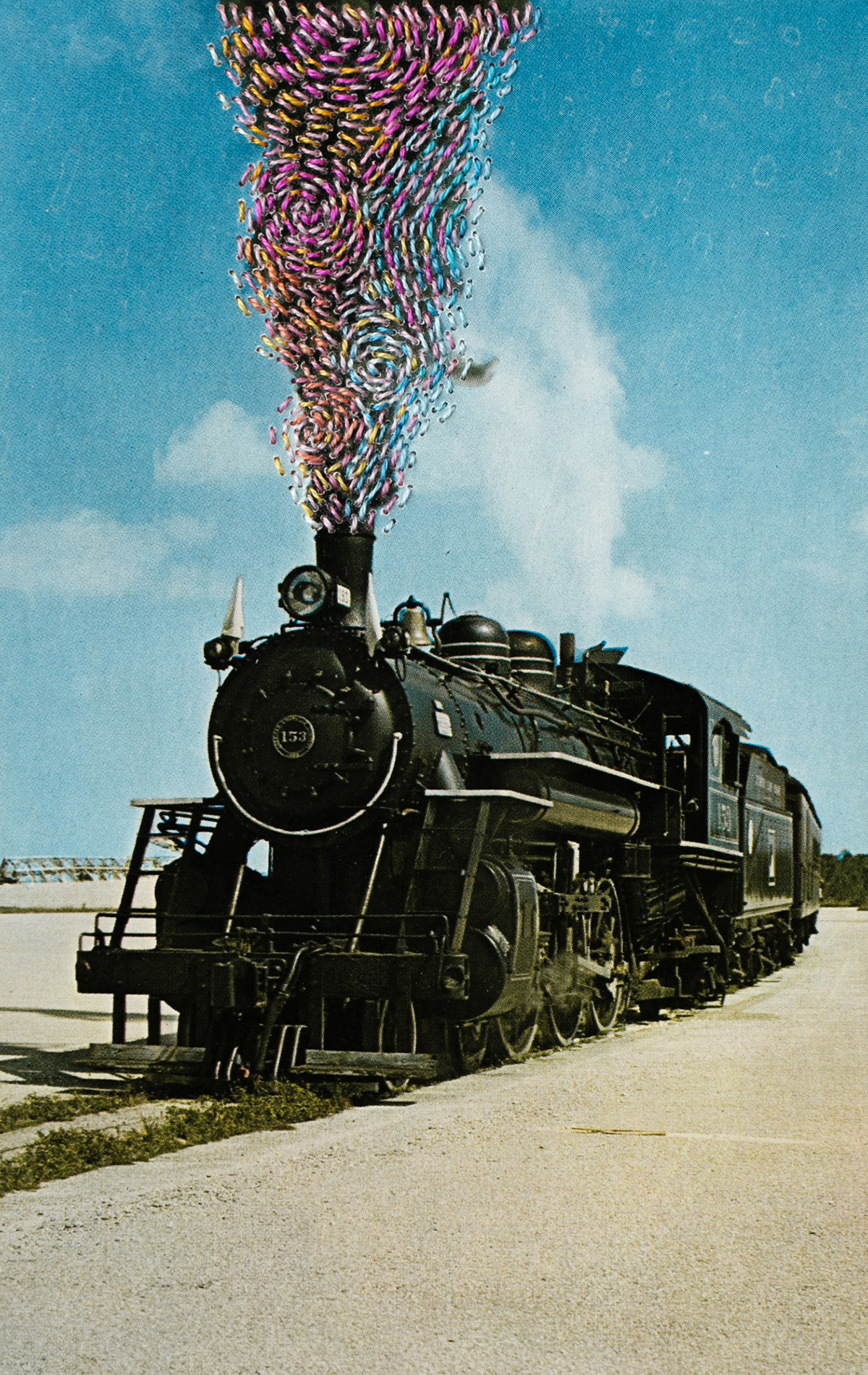 Images courtesy of the artist, used with permission

Los Angeles-based artist Matthew Grabelsky (previously) is back with a new collection of oil paintings of people with animal heads casually navigating the New York City subway system. The paintings combine the mundane with the surreal, as others on the commute and the environments remain neutral to the hybrid creatures.

Grabelsky’s paintings are inspired by the years he spent riding the subways in New York as a kid and by his early fascination with Greek mythology. Small details including zoo posters, stickers, T-shirts, and toys add humor to the art, while light reflecting off subway tiles and molded sets show the artist’s technical ability to paint hyperrealistic scenes.

In a recent interview with Thinkspace Project‘s blog Sour Harvest, Grabelsky shared that his characters will soon leave the subway, but added that he wants the shift to be organic. “My concept is that these characters started on the subway and then go out into the wider world. I certainly want to do paintings set in different locations in New York. I was born and am currently living in Los Angeles and so I expect that my characters will make it out to LA at some point.”

Subway stations are typically just a means to an end, simple structures that allow a large overflow of commuters to enter and exit at will. It is less common for the design to be a destination in itself, like the popular Bockenheimer Warte subway entrance in Frankfurt, Germany. The station, erected in 1986, was built to look as if an old tram car had crash landed into the sidewalk that surrounds the station. The entrance was designed by the architect Zbigniew Peter Pininski who was inspired by René Magritte surrealist paintings. Although slightly dark, the work does have a hint of magical realism, making riders feel as if they are arriving at Platform 9 3/4 rather than just another subway stop in Frankfurt. (via My Modern Met)