If you’re ever in Hamburg, Germany, be sure to join the million annual visitors who stop by Miniatur Wunderland, the largest continuous train set in the world. The huge train set fills several large rooms and contains over 8 miles of tracks that move 900 trains through themed dioramas of cities and other locations around the world like Scandinavia, Hamburg, Bavaria, and Switzerland. If you can’t make it Hamburg, here’s the next best thing: Google just photographed the entire thing and shared it on Google Street View so you can explore it from the perspective of a teeny tiny person.

Google recorded 9 areas of the Miniatur Wunderland system from multiple angles, and you can drop in just like on Google Maps and explore everything at a 360° angle. Watch the video below to get a better sense of how this whole thing is setup. (via Visual News) 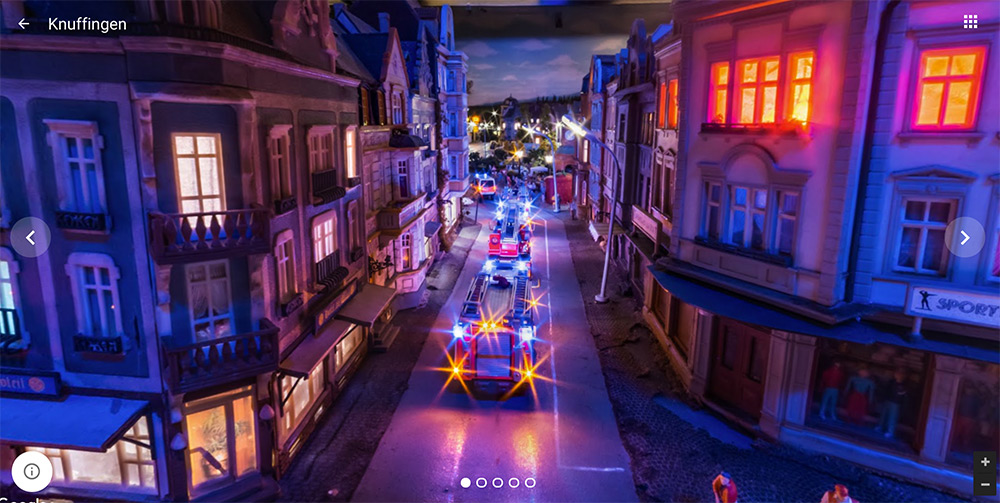 Earth View: A Curated Selection of the Most Striking Satellite Images Found on Google Earth