About two years we featured a great selection of skull nickels, a numismatic curiosity where miniature bas relief sculptures are carved into coins, an artform that’s broadly referred to as hobo nickel art. While researching a follow-up article on Hobonickelart.com I stumbled onto the work of Paolo Curcio (aka “mrthe”) who appears to have taken the process of carving coins to an entirely new level. Using a variety of different coins the Barcelona-based artist creates etched homages to pop culture, illustrations of figures from literature, and most commonly: macabre portraits of skulls and death, probably the most prevalent theme in hobo nickel art. 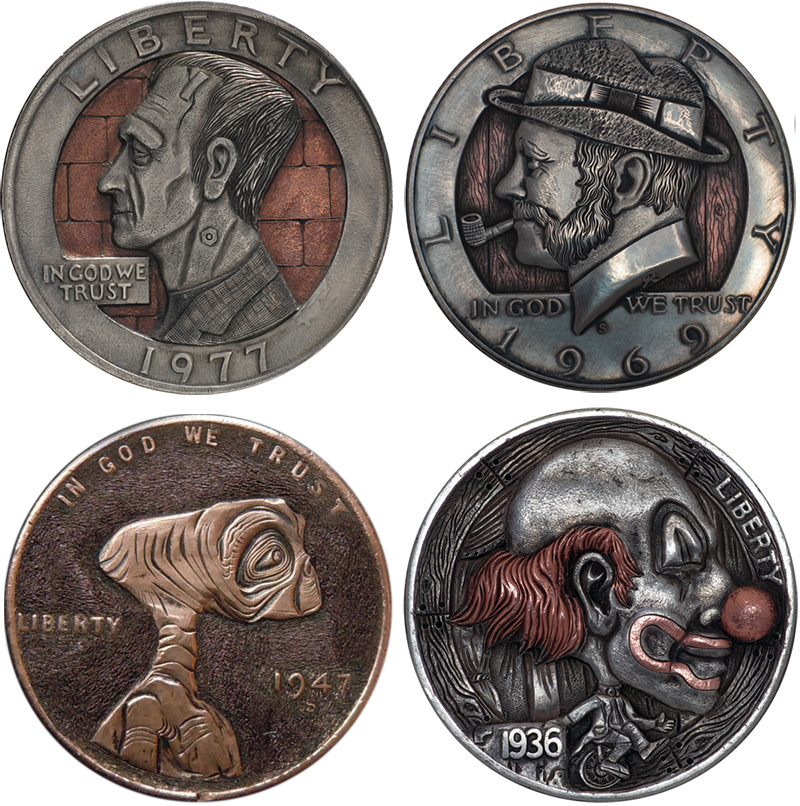 One aspect of Curcio’s process that’s really amazing is his ability to use coins made from multiple layers of metal (referred to as clad coins) which he then strategically reveals to create colored flourishes and background patterns. You can see much more of his work over on his website, and keep an eye on his Ebay page for occasional coin listings.