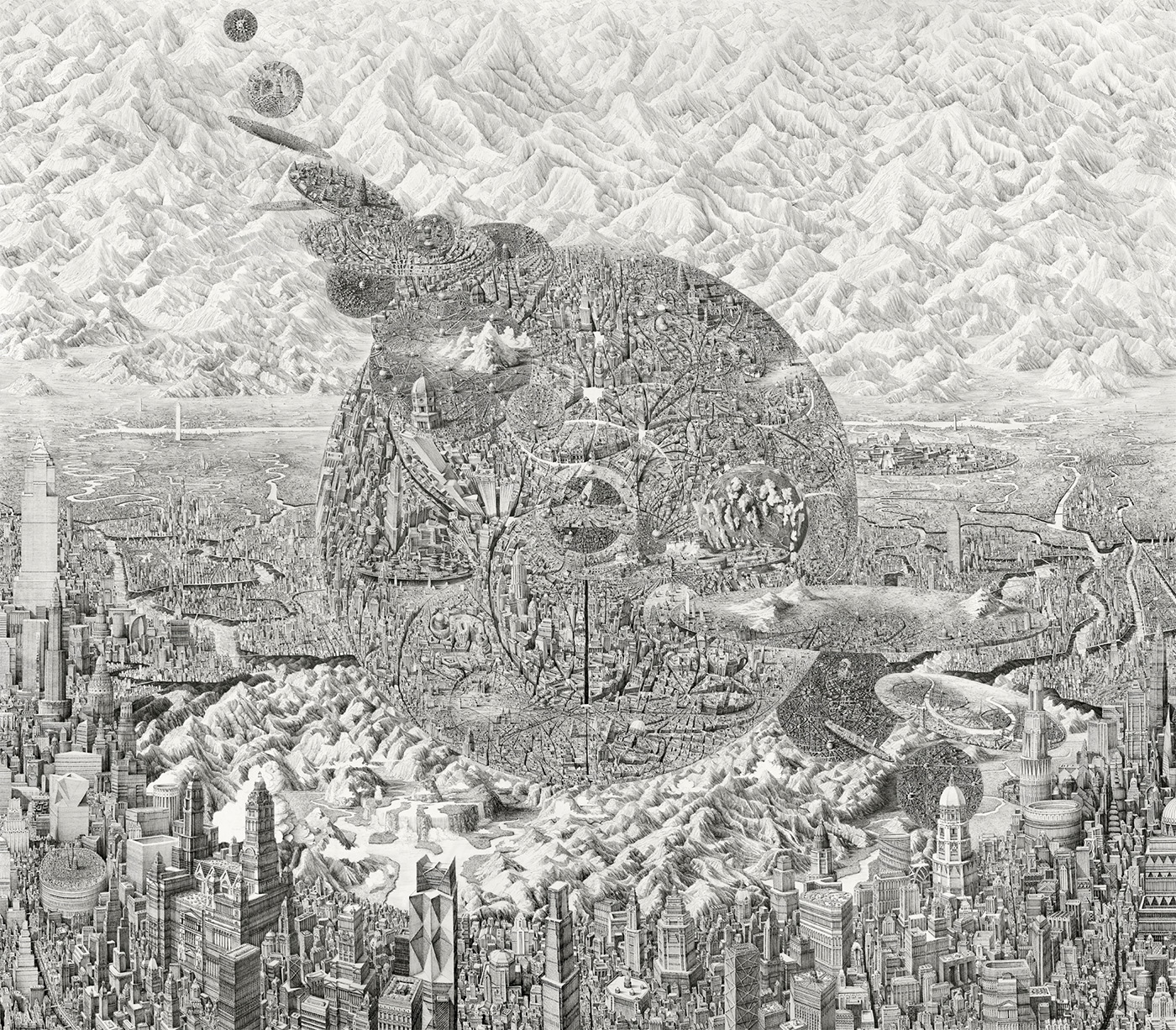 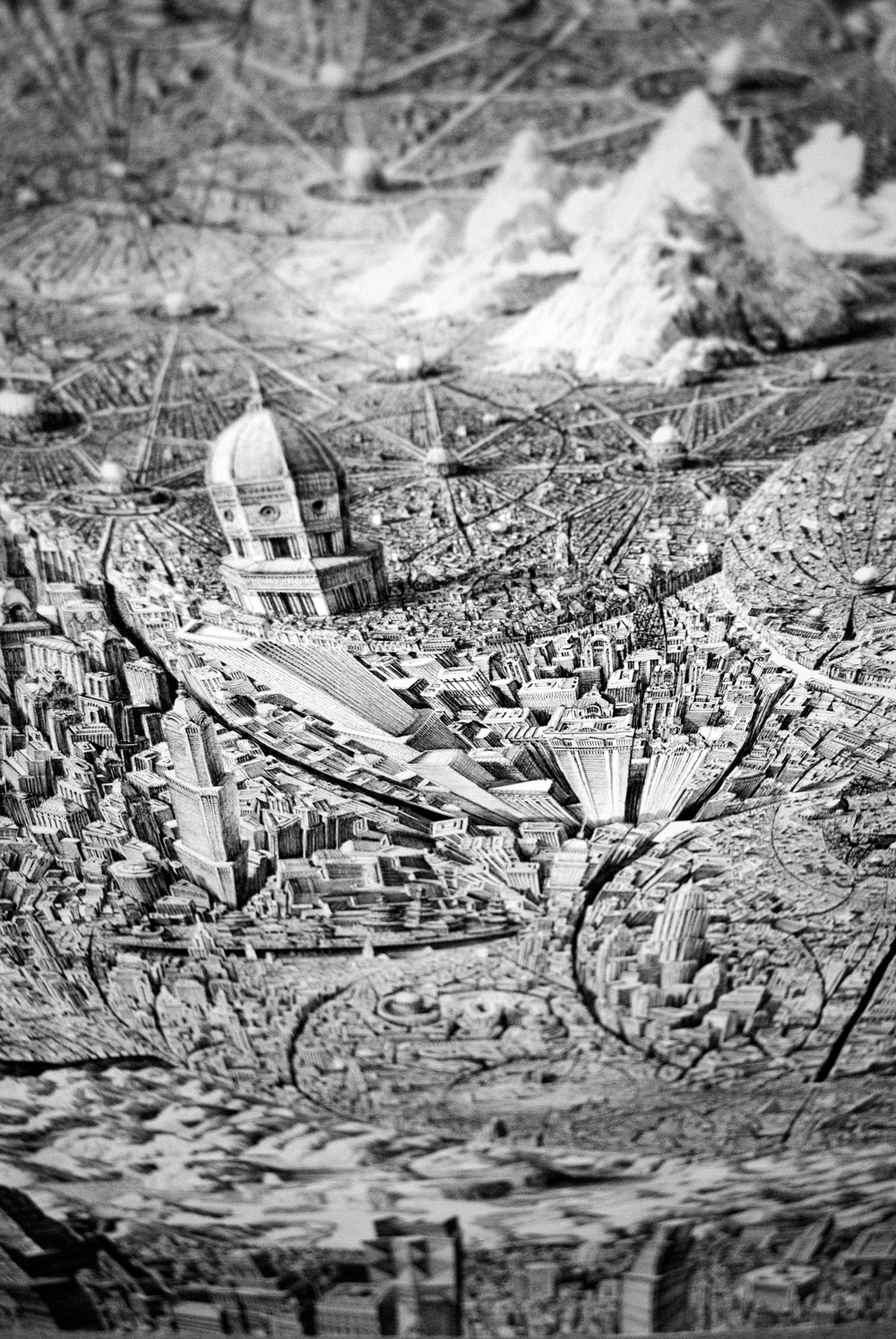 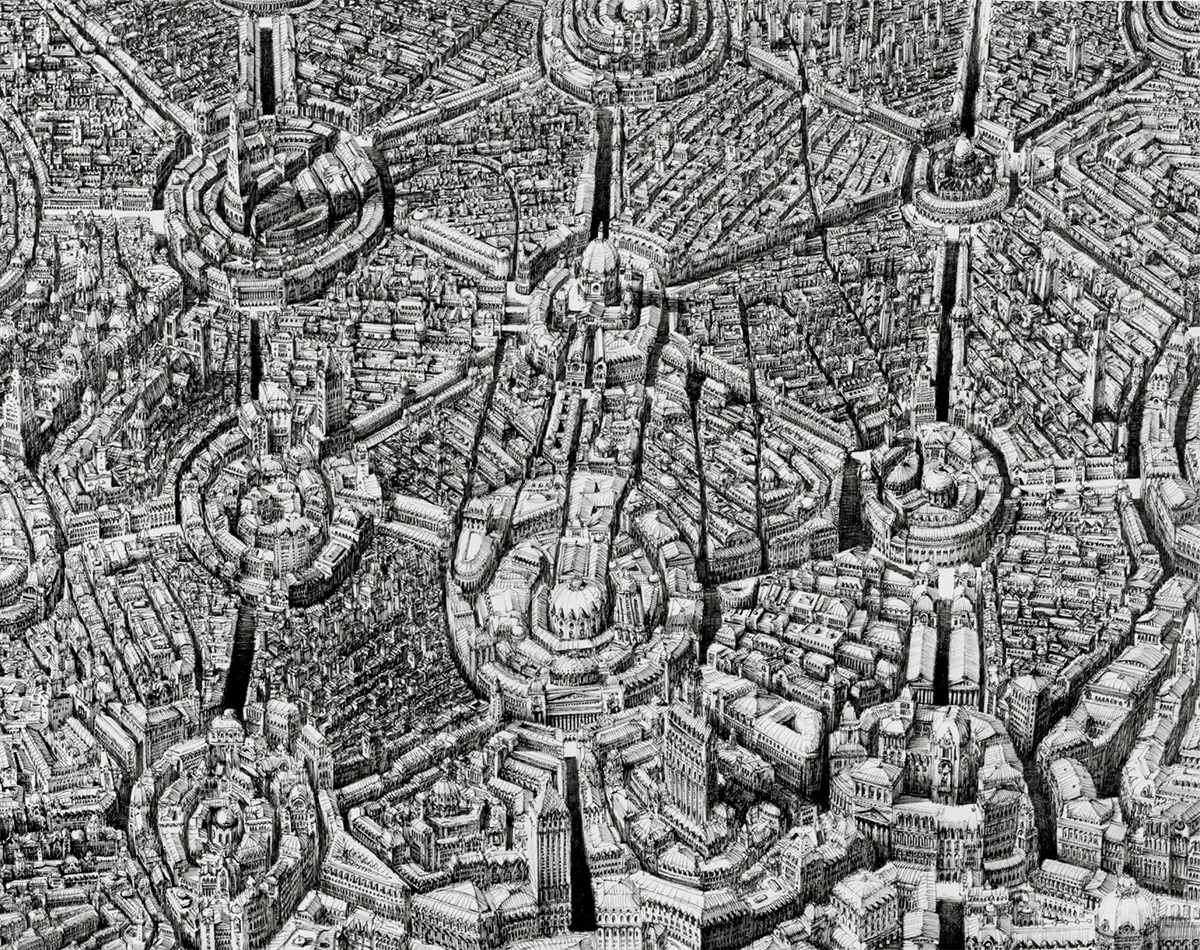 When we last covered the pen and ink drawings of Ben Sack, the artist was in residency aboard the m/s Amsterdam, a ship that circumnavigated the globe from January through April 2014. Sack’s latest drawings are partially influenced by stops in dozens of port cities during the expedition. As well as geography, his drawings are heavily influenced by architecture, history, and classical music. Via Robert Fontaine:

Sack’s work explores architecture as a flexible medium capable of expressing the unique space between realism and abstraction; where interpretation and our ability to create meaning is in flux. Within this space, Sack, furnished with pen and ink, encapsulates both the infinite and infinitesimal. His work invites the eye to explore drawings of the “big picture,” to gaze into a kaleidoscope of histories and to look further into the elemental world of lines and dots.

Sack’s largest work, Chronoglyph, will be on view with Robert Fontaine Gallery at CONTEXT Art Miami this week, and you can watch a timelapse of its creation here.