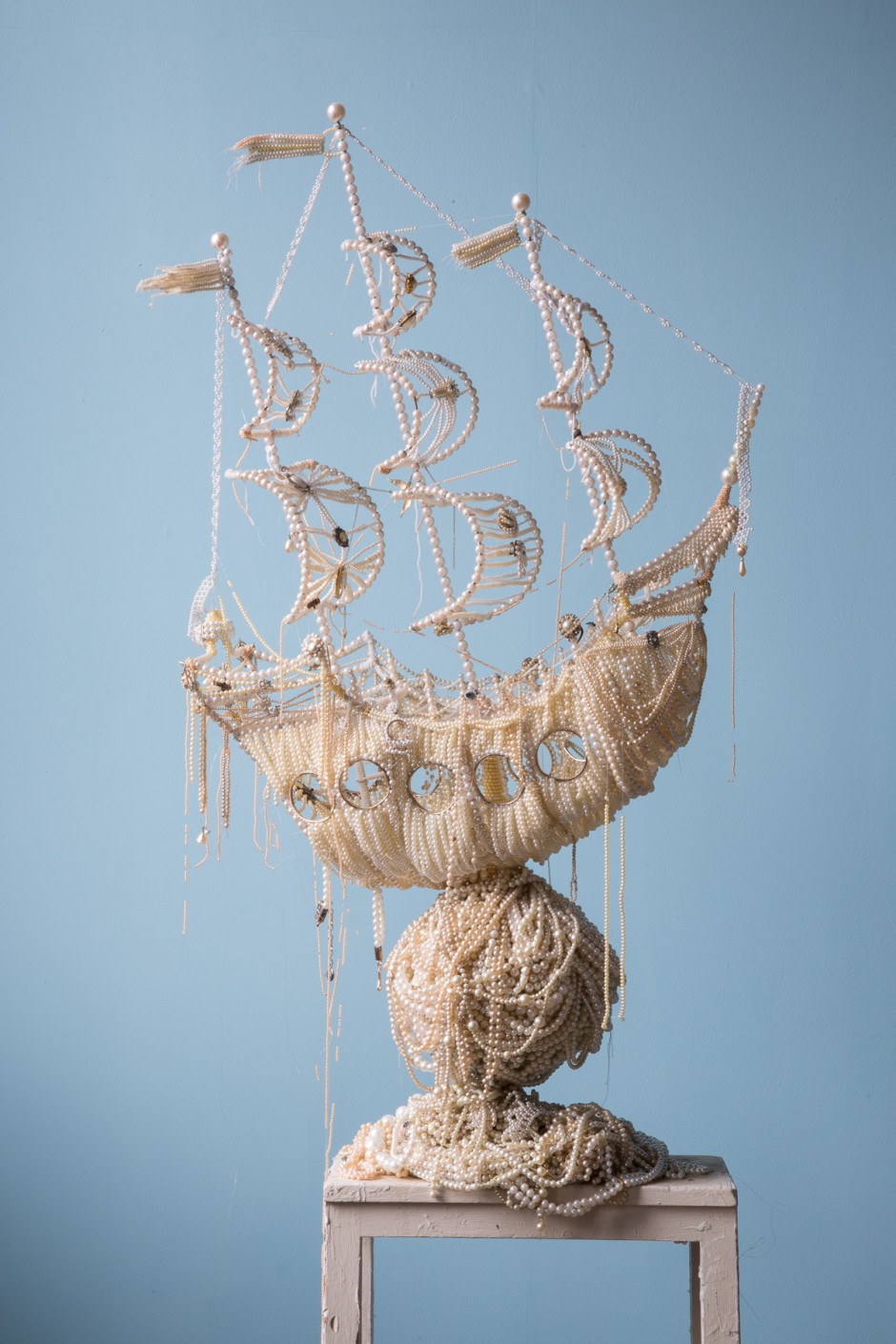 Ann Carrington‘s piece “Galleons and Feathers” is inspired by Wing Wo Wave City, an industrial estate in Zhuijang Province, China which manufactures a massive amount of pearl adornment. The piece is formed in the shape of a 3-mast shop, floating over an opulent sea of brooches, earrings, necklaces and tiaras. The work both contains, and is inspired by, these glistening round objects, and Carrington explains on her website that they highlight “the discrepancy between their perceived status of being timeless status symbols of refined taste and wealth (with exotic overtones) and the often very unromantic reality.” 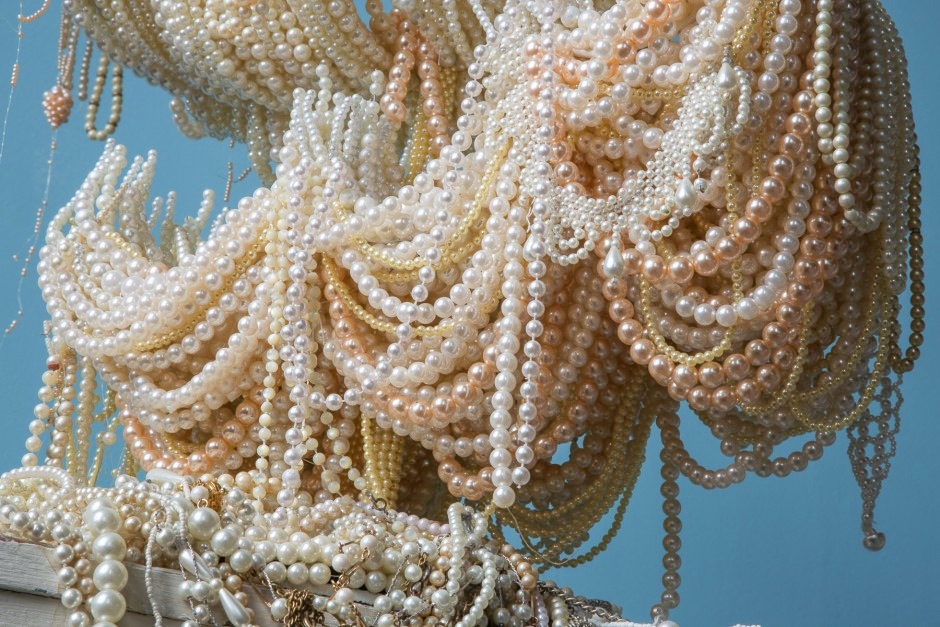 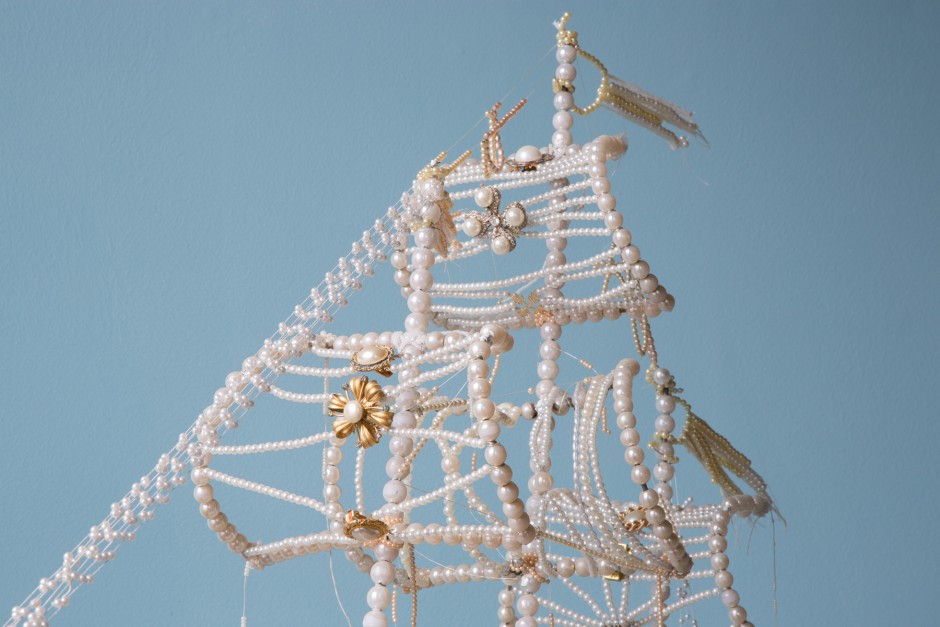