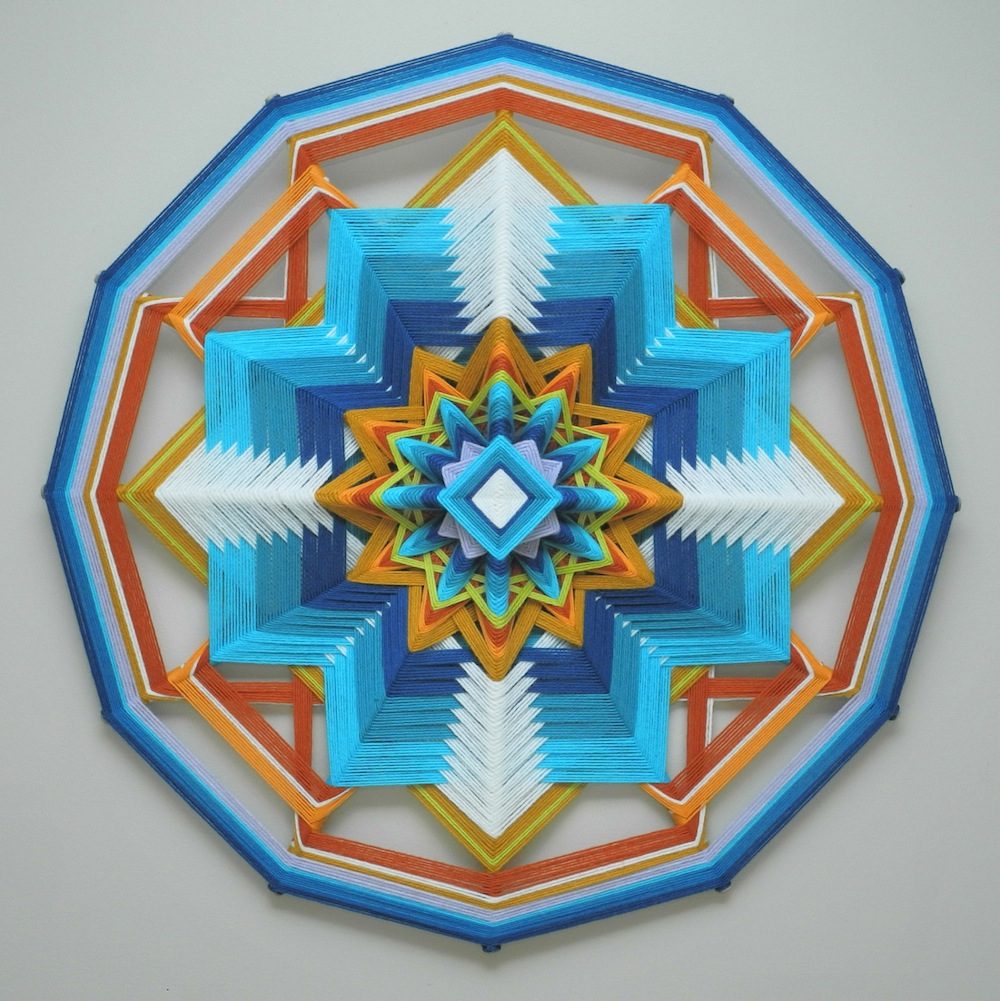 Far more than just popsicle sticks and yarn, Jay Mohler‘s Ojos de Dios or “God’s Eye” mandalas update the craft often seen at sleepaway camps and elementary classrooms. Upwards of 15 colors of yarn are included in his elaborate mandalas, producing pieces that span up to 48 inches in diameter.

Mohler has been crafting Ojos de Dios since 1966, inspired by both Huichol natives of Mexico, and monks from Tibet. The Asheville, North Carolina-based artist began making 8-sided pieces when they grew in popularity as folk art in the 1970’s American Southwest, selling them at tourist gift shops around Albuquerque, New Mexico. Most recently Mohler has been producing 12-sided works that he recognizes as potentially spiritual objects, but explains, “I create these for artistic satisfaction rather than as any sort of spiritual talisman.”

Not only does Mohler sell his own elaborate pieces, but he also creates DIY kits for fans to make their own work. You can buy both his finished pieces and kits on his Etsy page and find detailed instructions for making your own mandalas here. (via The Jealous Curator) 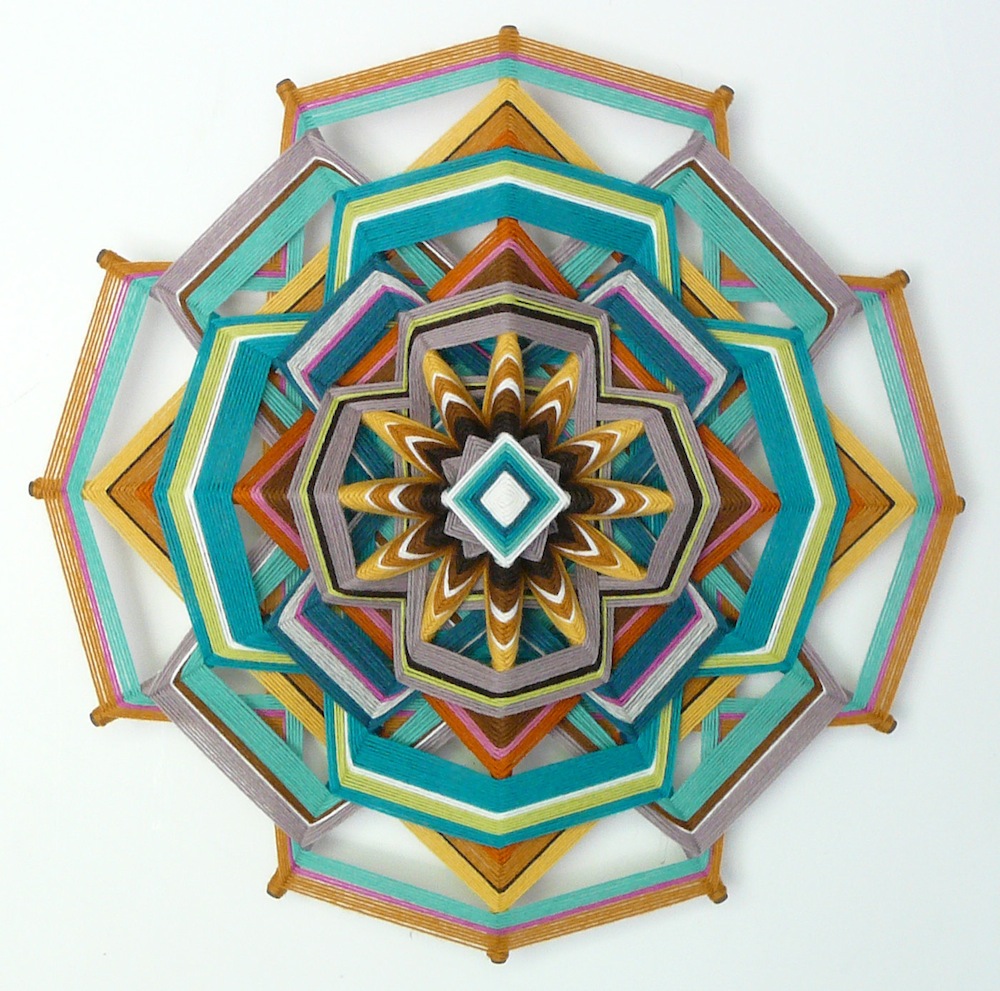