Containing over 400 precisely machined gears, screws, and aesthetic elements, Derek Hugger’s latest kinetic sculpture Colibri mimics the motion of a hummingbird in flight. Though the motions of flying are unmistakable, the piece has much more in common with a clock than a bird. He shares about the piece:

Every element of motion has been completely mechanized, from the beating wings to the flaring tail. Intricate systems of linkages and cams bring the sculpture to life with a continuous flow of meticulously timed articulations. As each mechanism has been linked to the next, Colibri cycles through its complete range of motions by the simple turn of a crank. This project took me roughly 700 hours and contains about 400 parts.

You can see many more of his moving artworks on his website, and in a refreshingly rare move he also sells detailed instructions of how to make them in his shop. (via The Automata Blog) 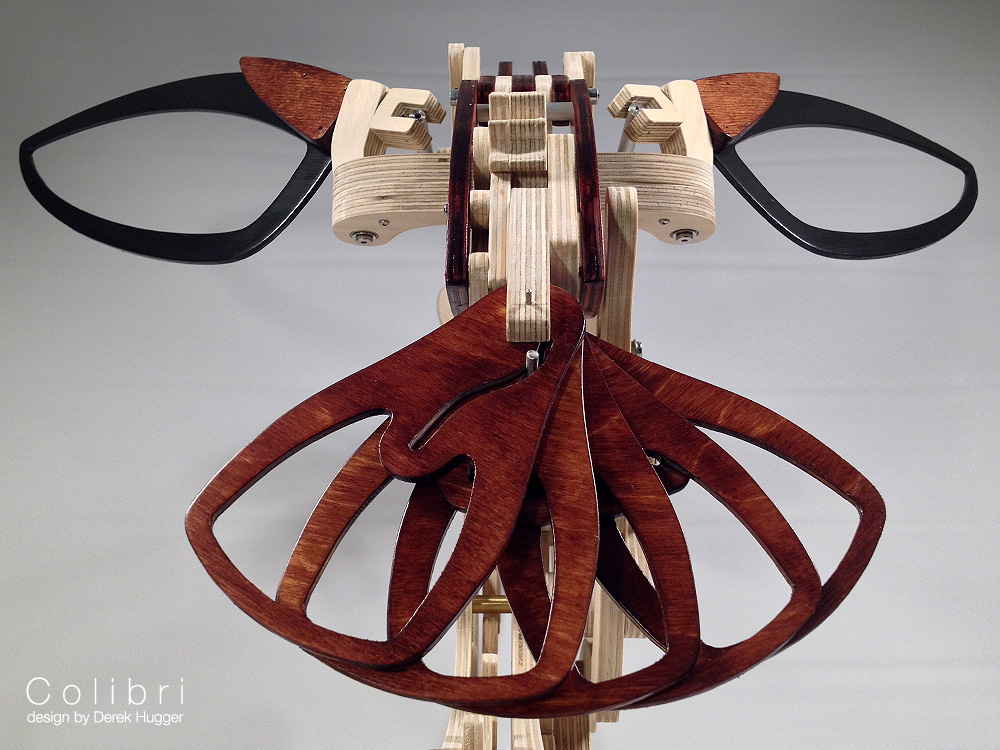