Typically focusing on obsolete or decrepit architectural structures, photographer Chris Payne‘s most recent project, Textiles, documents the aesthetics of the colorfully-hued American textile industry. His photographs showcase the bright runs of yarn and thread as the materials make their way through the hyper-organized machinery, appearing digitally altered in their extreme hot pinks, vibrant reds, and electric blues.

Payne began photographing the factories and mills in America’s Northeast in 2010. The images are not just snapshots of the industry, but photographs that sometimes took months to catch. Due to the machinery’s continuous run and his inability to halt production, Payne had to wait until the perfect moment when the right color would appear, or the parts of the machinery would perfectly align. Payne also features the workers within his documentation of the diminishing domestic industry, explaining that their inclusion is proof that labor and craftsmanship is still valued in our current economy.

“Over the past five years, I have gained access to an industry that continues to thrive, albeit on a much smaller scale, and for the most part, out of public view,” said Payne. “Many mills are doing quite well, having modernized to stay competitive, while others have survived by catering to niche markets that value the ‘genuine article’ produced on the original, vintage equipment. I view my work as a celebration of American manufacturing—not a eulogy. 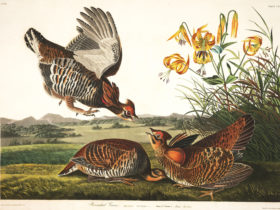