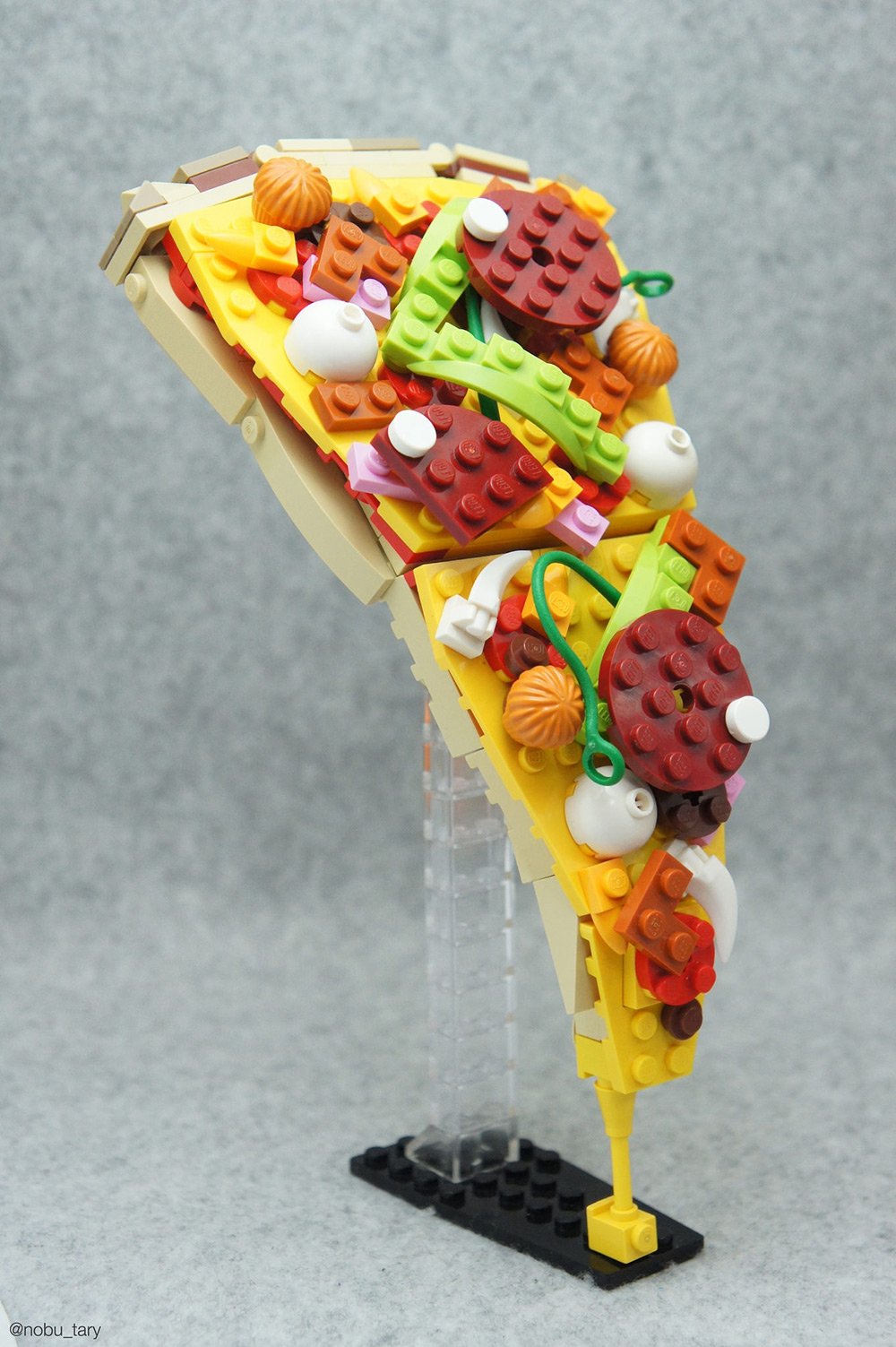 I don’t think I’ve ever felt so hungry looking at Lego blocks! A Japanese Lego creator who goes by the nickname Tary has sculpted one of the most delicious-looking collections of food made entirely from Lego blocks. From fruit and vegetables to bento boxes, junk food and even desserts, Tary has almost all major food groups covered! Of course Tary doesn’t only create food. He sculpts Gundam robots and Star Wars characters, each more impressive than the last. But it’s really his food creations that have won him the most recognition. Like that pizza slice! Who could have thought dripping cheese could be so realistically portrayed with hard blocks?

One of Tary’s most recent creations was the Tendon tempura rice bowl. Using a combination of white blocks for the rice and yellow and orange blocks for the deep-fried shrimp tempura, he created a magnificent-looking meal that won 1st place in an original Lego model contest. The entries are on display through May 31, 2016 at ClickBrick Lego store in Odaiba, Tokyo (located within the Venus Fort shopping complex – Gmap) if you’d like to visit. (Syndicated from Spoon & Tamago)