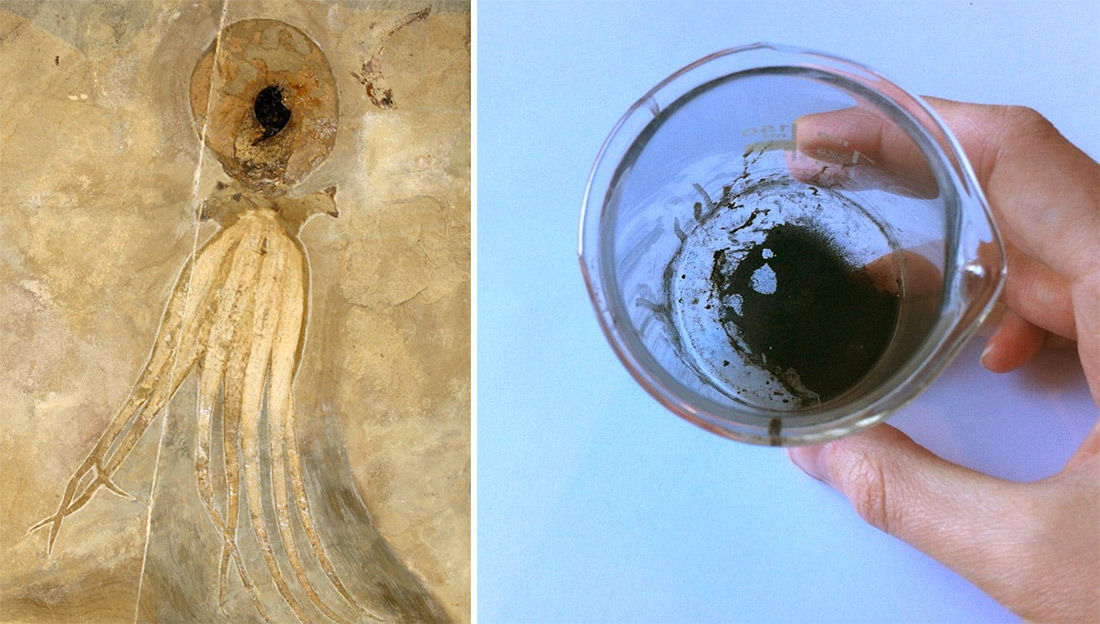 Photo of the fossil on the left by Hans Arne Nakrem, photo of the powder on the right by Esther van Hulsen. 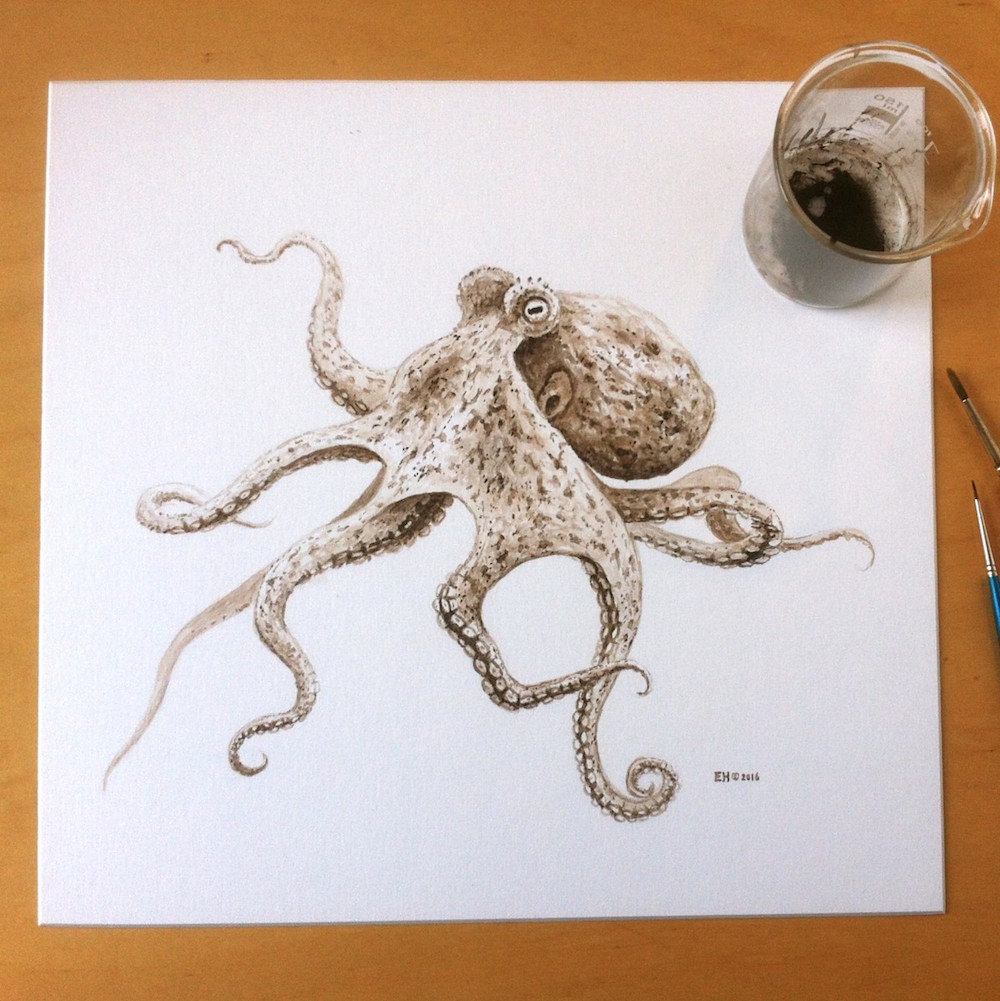 Dutch wildlife artist Esther van Hulsen was recently given an assignment unlike her typical drawings of birds and mammals from life—a chance to draw a prehistoric octopus 95 million years after its death. Paleontologist Jørn Hurum supplied Hulsen with ink extracted from a fossil found in Lebanon in 2009, received as a gift from the PalVenn Museum in 2014. After several millennia Hulson was surprised to find that the color had remained so vibrant, preserved all of this time in the cephalopod’s ink sac. “Knowing that this animal has used this ink to survive is absolutely amazing,” said van Hulsen of the prehistoric ink.

The idea to make such a drawing came from the story of Mary Anning, an English paleontologist and fossil collector who made a similar drawing from a fossil’s ink sac in the 1800s. Hulsen’s replication of the octopus now hangs beside its material origin in the Natural History Museum in Oslo. (via MetaFilter)