Dutch artist Florentijn Hofman (who previously produced this oversized bunny in Taiwan) has unveiled his newest large-scale animal design, this time with the function of a playscape for Vanke Group's One City development in the centre of Yantian, Shenzhen. The playground is designed within the eight legs and head of an octopus, a piece that is named after the mythological sea creature Kracken despite its friendly appearance.

The octopus was designed alongside the team at UAP, which helped Hofman bring his imaginative work to life, and plays off of the history of the area which previously housed a battleship in its harbor. The Kracken is now docked as a place for imaginative play, rather than attacking other sailing vessels at sea. (via Designboom) 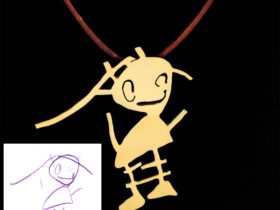