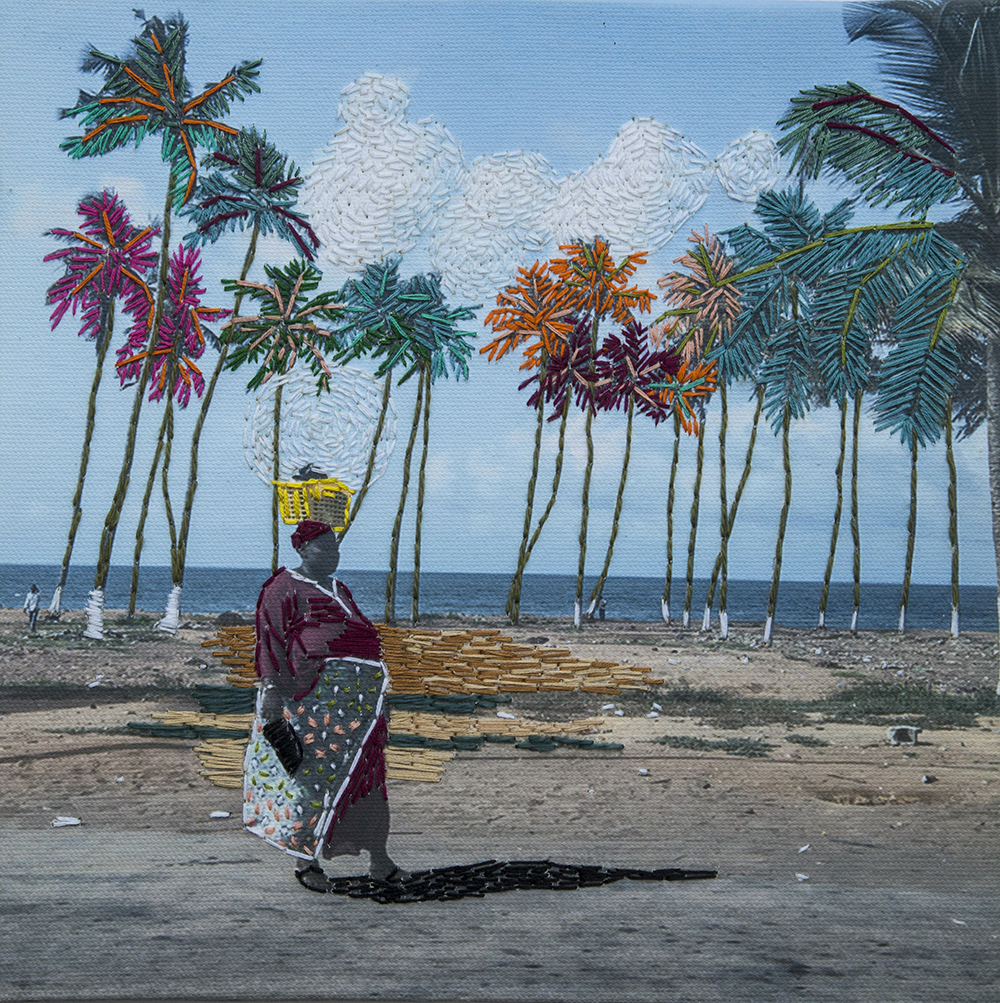 Photographer Joana Choumali‘s photographic series Ça va aller translates to “It’s going to be fine,” a common phrase used by people in Côte d’Ivoire to casually reassure each other, even after a deeply traumatic event. Choumali started the project less than a month after the March 2016 Grand-Bassam terrorist attack, when three gunman opened fire at a beach resort an hour away from her home in Abidjan. The images in the series are all taken on her iPhone, and appear more like snapshots rather than portraits. She wanted the subjects to look natural, as if she was scanning the city.

“Three weeks after the attacks, the atmosphere of the little town changed,” said Choumali in a statement about the series. “The sadness is everywhere. A ‘saudade,’ some kind of melancholy. Most of the pictures show people by themselves, walking in the streets or just standing, sitting alone, lost in their thoughts. And empty places.”

Choumali explains that she began embroidering the images on printed canvas as a way to cope with her own sadness. The meditative process has now become engrained in her daily practice as a way for the photographer to relax and concentrate. The brightly colored threads serve as the sentiments she cannot express verbally, and a way to witness and acknowledge the denied trauma of the Grand-Bassam people.

“This work is a way to address the way Ivorian people deal with psychological suffering,” said Choumali. “In Côte d’Ivoire, people don’t discuss their psychological issues, or feelings. A post-traumatic [shock] is considered as weakness or a mental disease. People don’t talk about their feelings, and each conversation is quickly shortened by a resigned “Ça va aller.”

Select pieces from Ça va aller will be exhibited later this spring at the 1-54 Contemporary African Art Fair in New York City. You can see more work from the Ivory Coast-based photographer on her website and Instagram. (via It’s Nice That and African Digital Art) 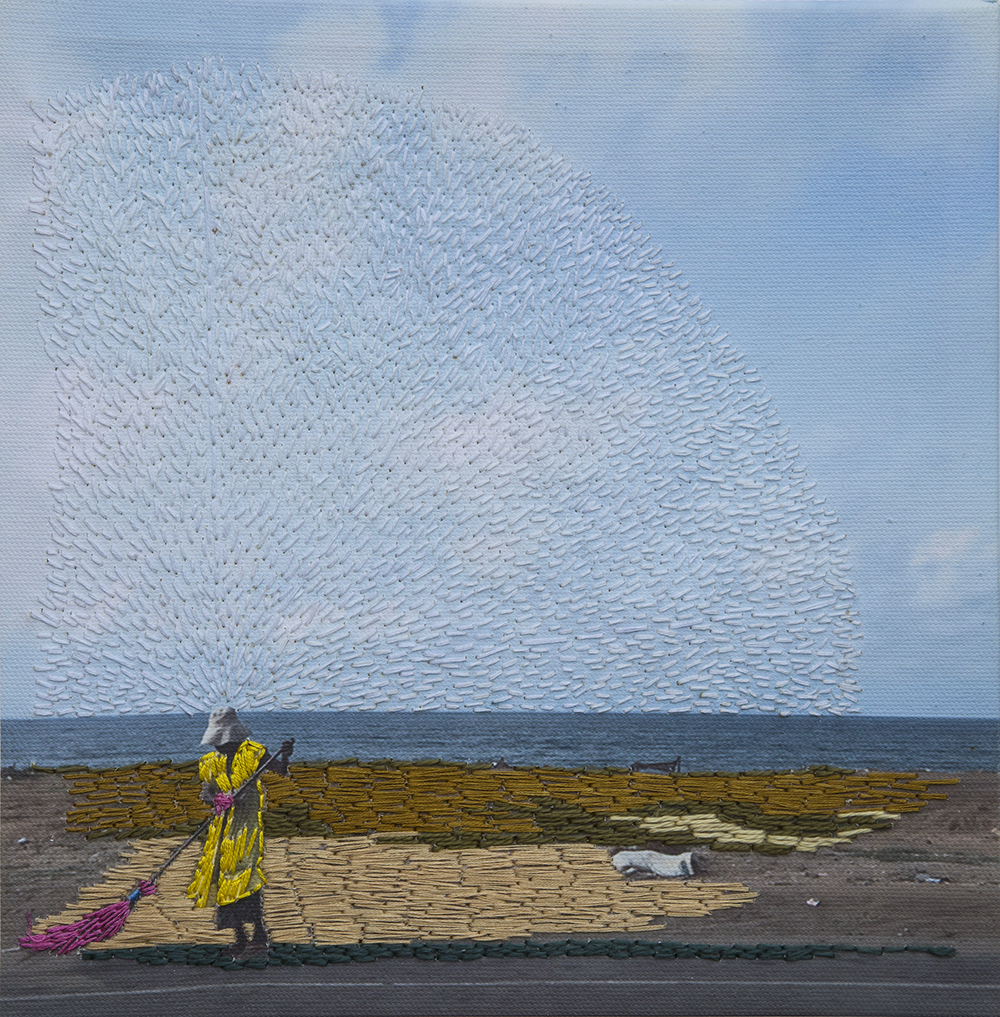 Related posts on Colossal about embroidery