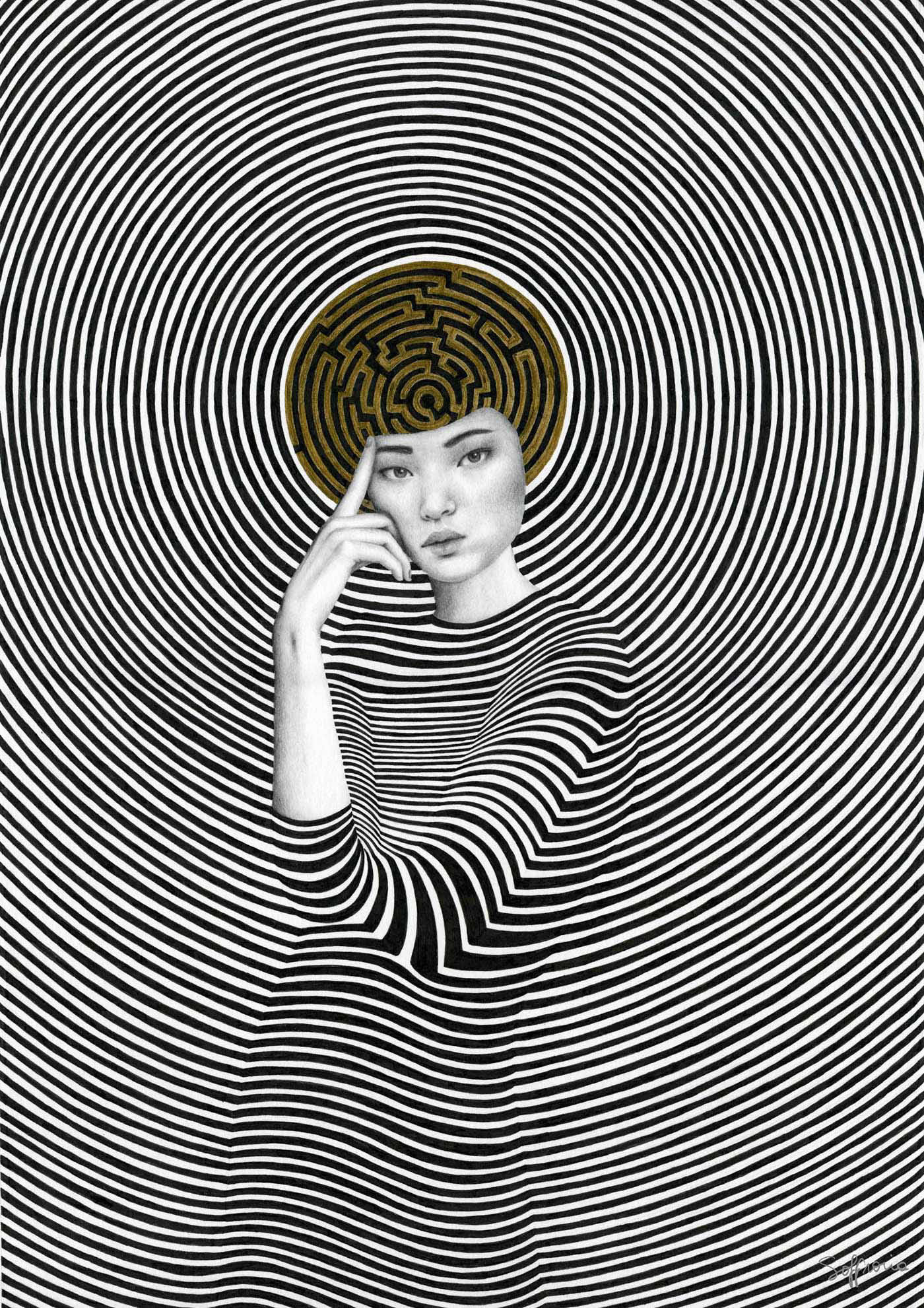 Self-taught artist Sofia Bonati captures nuanced expressions and personalities of a variety of female characters while also integrating them into abstracted environments and patterns. Her illustrations most often feature solo subjects melded with thunderclouds, dizzying mazes, and floral patterns. Bonita renders the women’s features in graphite and she uses gesso, paint, and markers to add colorful accents and build their surroundings. The strong, distinctive expressions on each woman’s face suggests that the characters are in control of their environments, rather than being subsumed by them.

In a recent collaboration with Society6, several of the Argentinian artist’s works have been animated by glitch artist Chris McDaniel. You can see more of Bonita’s work on Facebook and Instagram, and find a variety of products featuring her designs on Society6. (via Visual Fodder)