UK-based artist Tach Pollard transforms gnarled tree roots into fantastical creatures inspired by European folklore. The sleek sculptures have spindly legs and long cloaks, which give them each an air of mystery. Pollard began collecting tree roots when he was a child, but didn’t start carving them until much later in life. He predominantly works with oak tree roots, but has recently begun to work with hawthorn in the last few years.

“Hawthorn is a mystical tree with much folklore attached, such as stories about how Merlin the magician was eternally trapped in a hawthorn tree, explains Pollard. “For me it is a great honor to carve this gnarly wood. I love the whiteness of its color, and the way it splits, cracks, shifts, and moves when burnishing a carved piece.”

Many of his works are inspired by the form of the root itself, which often has quite a skeletal structure, and lends itself well to his creatures’ long limbs. You can see more of Pollard’s carvings on Instagram, or for sale on Etsy. 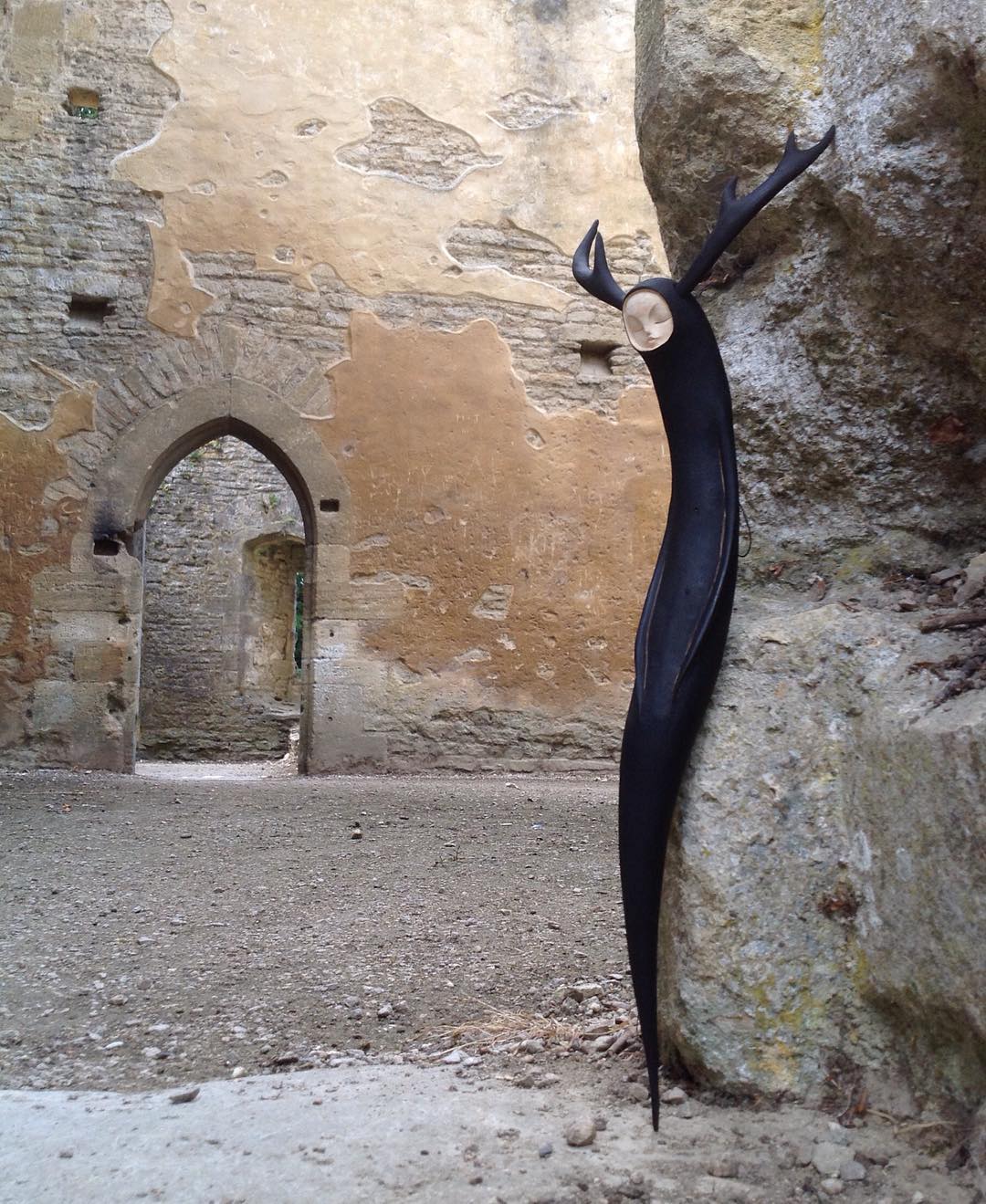