Twenty inflatable tentacles extend from the roof and several windows of a two-story warehouse in Philadelphia’s Navy Yard, making it appear as if sea monsters have attacked the former naval storehouse in an installation titled Sea Monsters HERE. The massive work is the largest inflatable sculpture ever created by UK-based artists Filthy Luker (previously) and Pedro Estrellas. It was produced in partnership with Group X, an anonymous collective of local artists and curators, and the Navy Yard which extends along the Delaware River.

The purple tentacles range from 32 to 40 feet, and curl upwards to reveal green suction cups lining their inner surface. Luker and Estrellas have been collaborating on inflatable sculptures since 1996, you can see more of their recent works on Instagram and their website, Designs in Air. Sea Monsters HERE will be on view both day and night through November 16, 2018. You can view a video tour of the installation in a video produced by Foxx below. 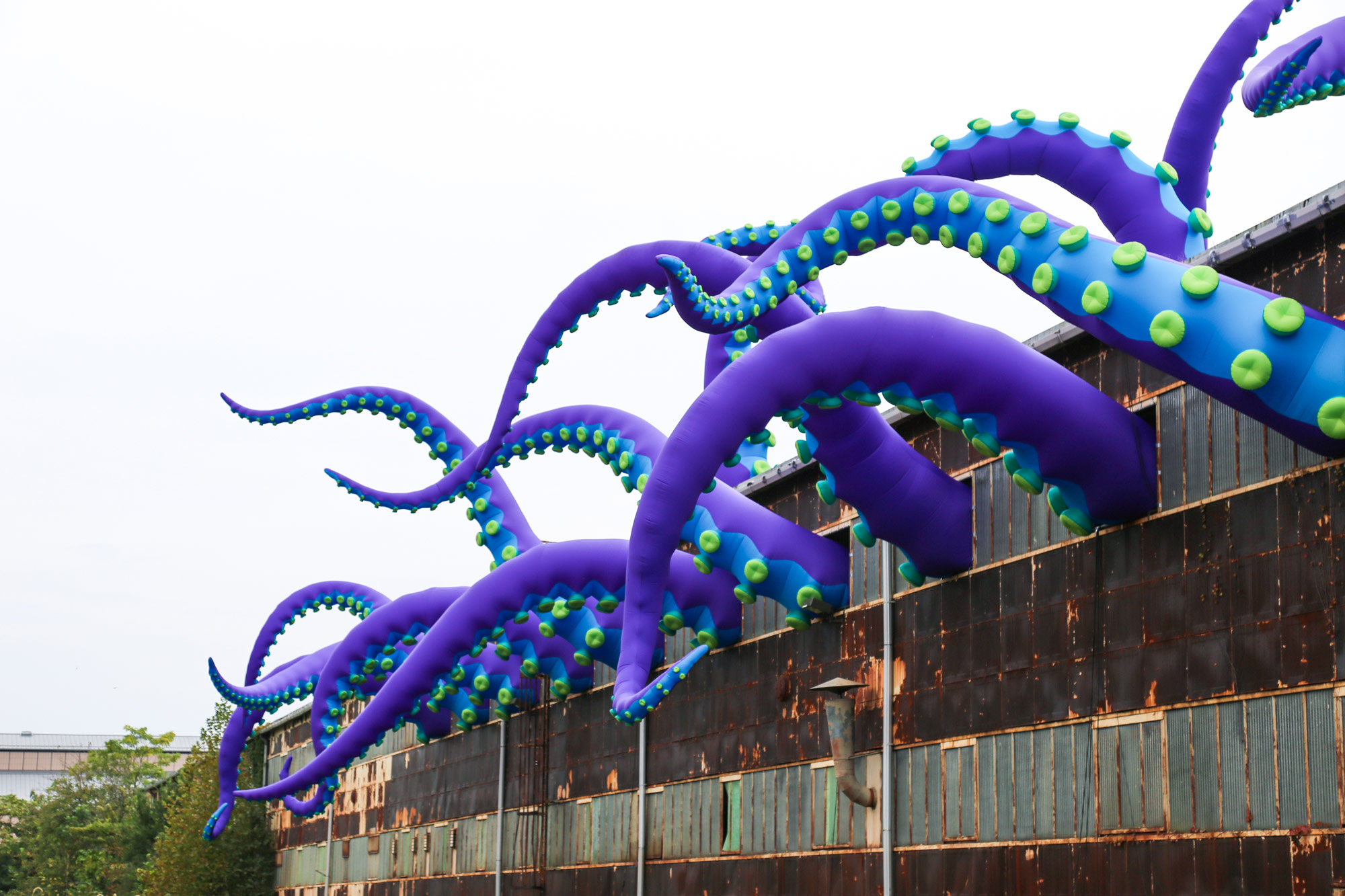