Founded in 2013 by 18-year-old (at the time) inventor Boyan Slat, The Ocean Cleanup is a nonprofit organization that’s working to clean up our oceans by removing plastic. After five years of rigorous design and testing, the Cleanup’s cleaning apparatus, called System 001, has been deployed off the coast of California.

System 001 is a passive collection apparatus that works by moving in tandem with the ocean’s currents, taking advantage of the water’s circular movement patterns, called gyres, that cause the trash to accumulate in the first place. The Ocean Cleanup points out that 92% of the debris in the Patch is still large enough to be collected using the System’s large suspended net, and it’s critical to remove this plastic now before it degrades into microplastics that enter the food chain. Because of the net’s passive, slow-moving design, the group has reported that it has not caused animals to get caught, presumably because they have sufficient time and space to navigate away from the debris-funneling nets.

While the organization has global aspirations and an international team (the founder is Dutch), their first focus is on the massive Pacific Garbage Patch, which floats in the ocean between California and Hawaii. The Pacific Garbage Patch is the largest aquatic aggregation of trash in the world, first recognized thirty years ago. It is estimated to contain about 80,000 metric tons of garbage spanning 5.2 billion square feet (nearly a million square miles). Ocean Cleanup’s boat, the Maersk Launcher, towed the System 1,200 miles from Alameda to begin its work.

You can see a live update of the System’s location and learn more about The Ocean Cleanup on the organization’s website, as well as on Twitter and Instagram. 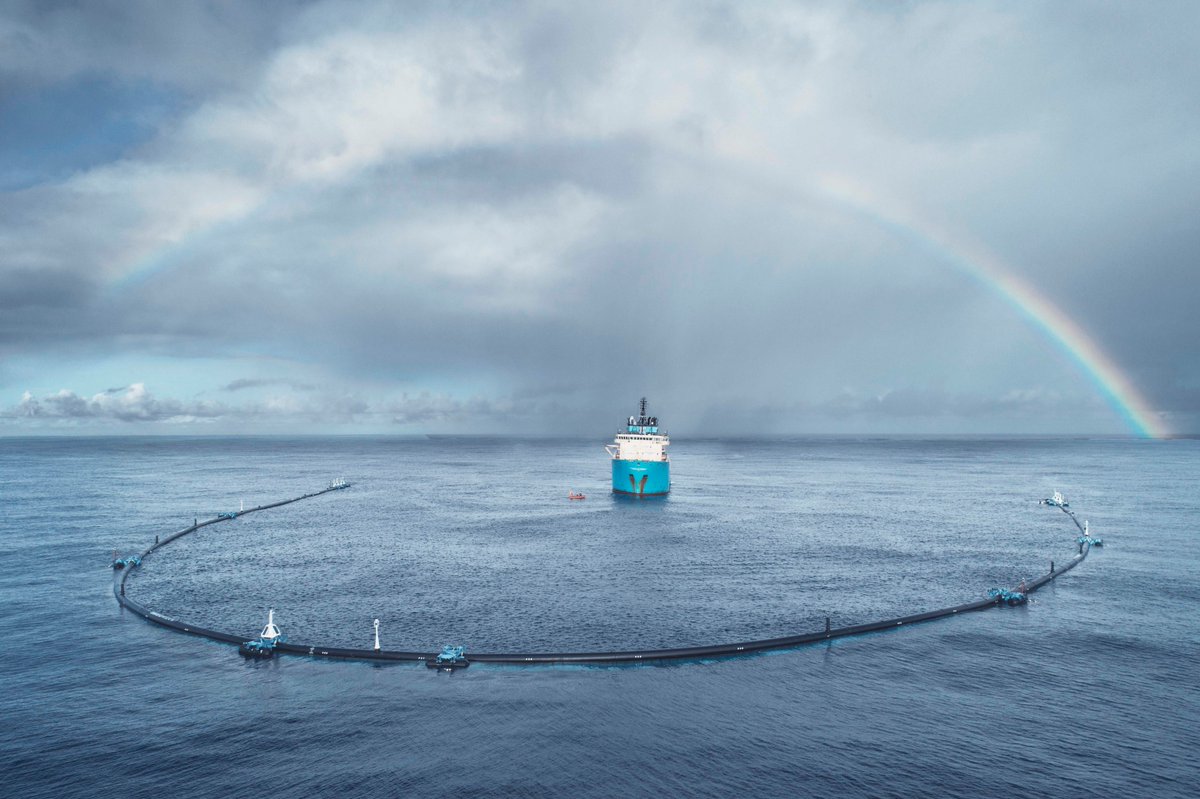