GHOSTKUBE: A Series of Interlocking and Buildable Block Transformations by Erik Åberg

Swedish designer Erik Åberg (previously) wanted to recreate the concept of origami out of wood, while focusing on how the objects moved, rather than their specific form. During these experiments he developed a system of interlocking, moveable cubes called GHOSTKUBE.  “I was searching for a precise, and organic life-like movement like a school of fish or a flock of birds,” explains Åberg. “There is something in human beings that when we see that kind of movement, the nature, we are drawn to it. I think we intuitively look for it.”

To create this fluid movement, the designer started with simple structures containing only two or three cubes. He then began to mirror and double their positions, discovering hundreds of versions of the original sculpture that could move, fold, open, walk across tables, and morph in all directions. GHOSTKUBE is currently seeking funding on Kickstarter for two similar packs of cubes, which either come with 12 or 24 single cubes to piece together. You can view larger and more complex experiments with the GHOSTKUBE system in the video directed by Oskar Wrangö below. (via Colossal Submissions) 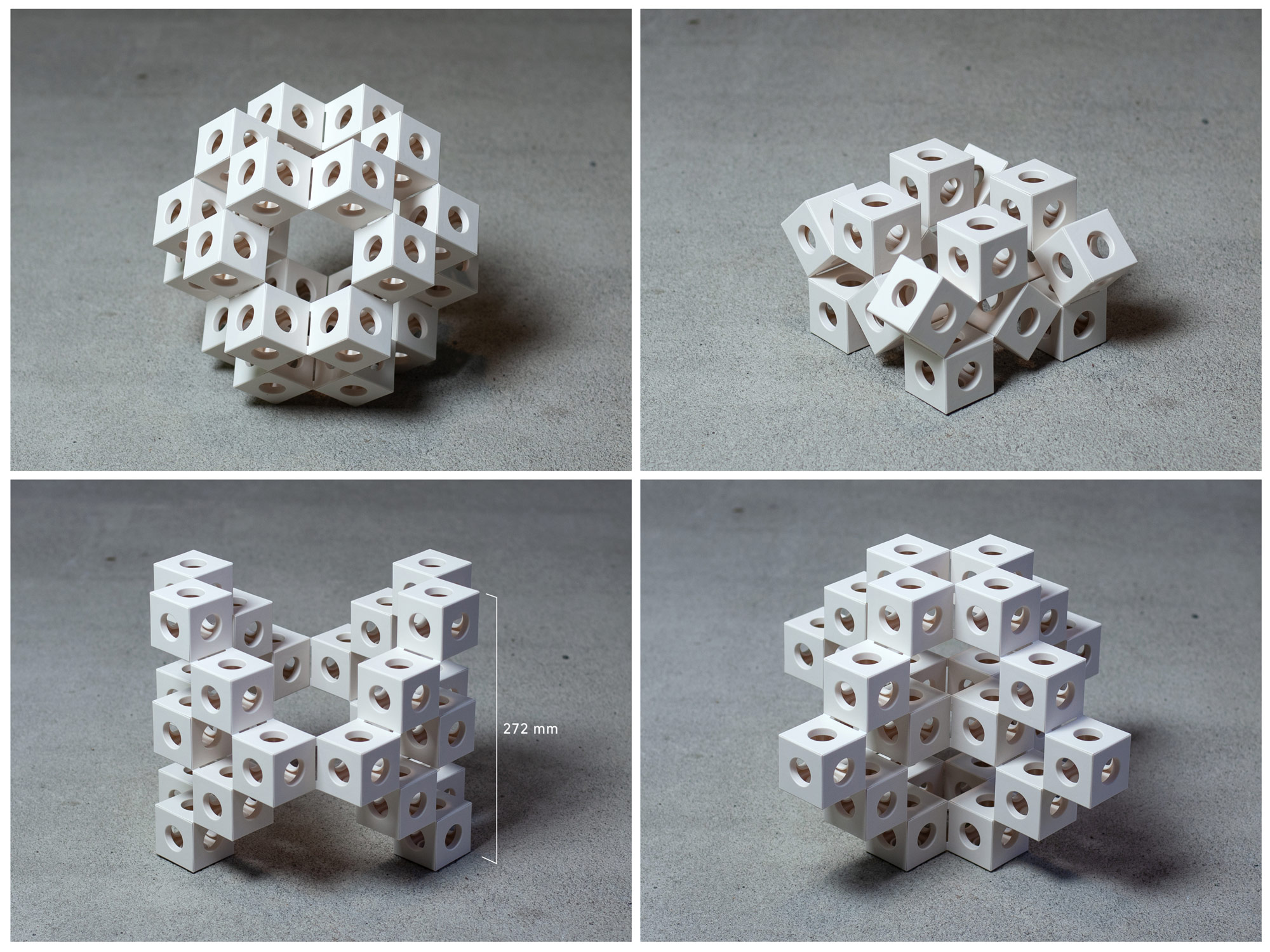