Kirie (切り絵, literally ‘cut picture’) is the Japanese art of paper-cutting. Variations of kirie can be found in cultures around the world but the Japanese version is said to be derived from religious ceremonies and can be traced back to around the AD 700s. In its most conventional form, negative space is cut from a single sheet of white paper and then contrasted against a black background to reveal a rendering. Veteran kirie artist Masayo Fukuda (previously) has been practicing the art form for 25 years and recently revealed what she says is her greatest masterpiece of 2018.

Although the intricate piece looks like several layers overlapped, Fukuda stayed true to the conventional form, using only a single sheet of paper to render her detailed depiction of an octopus. The level of detail at times even looks like a fine ballpoint pen drawing. But a closer look confirms indeed that each and every detail is carefully made from cut-out negative space in the white paper.

If you’re interested in Fukuda’s work, she’ll be showcasing her kirie in a joint exhibition planned for next year. She’ll be showing her work along with fellow kirie artist Jun at Miraie Gallery in Osaka from April 24 – April 30, 2019. (Syndicated from Spoon & Tamago) 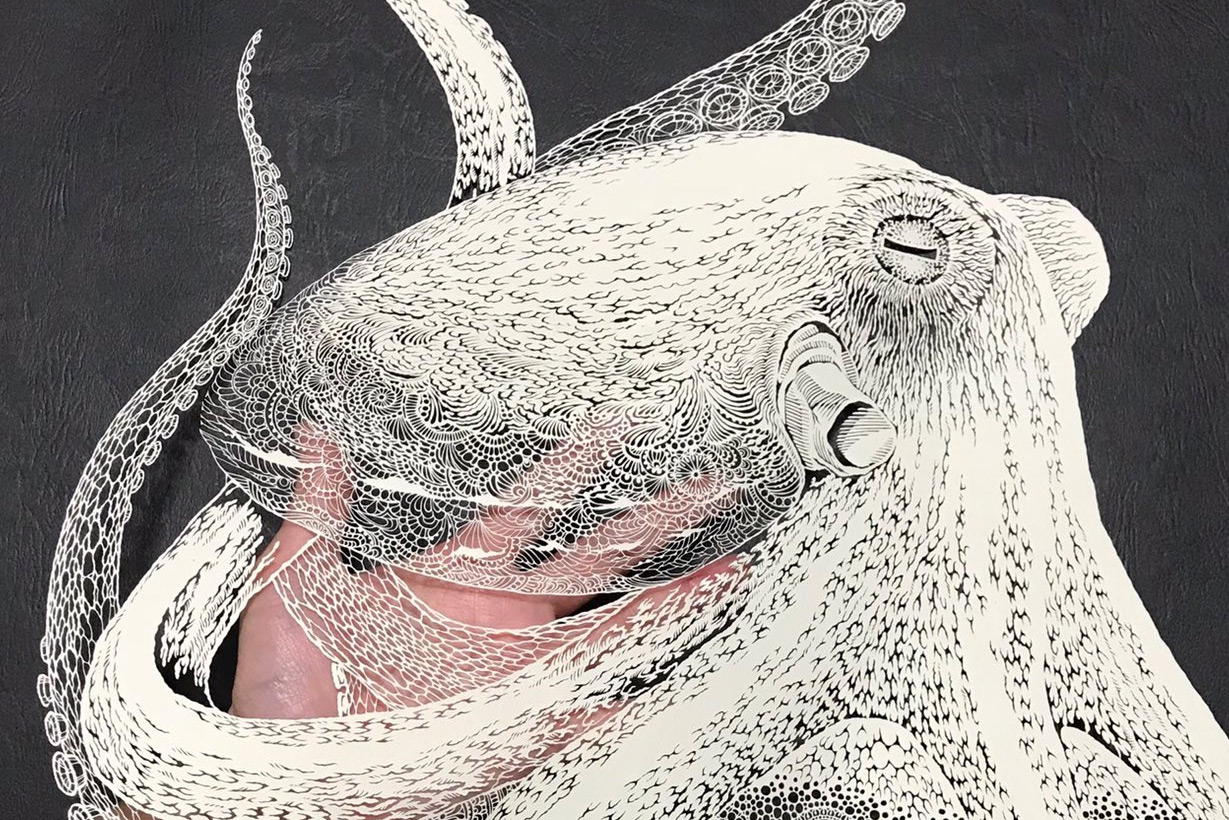