In the northeast corner of North Dakota lies Devils Lake. It is the largest natural body of water in the state, and yet it holds within it a seemingly unnatural phenomenon. Once-prosperous farming communities used to stand where the lake now is, the reach and depth of the current waters subsuming the abandoned tall silos, stately houses, and squat barns. The lake began rising in 1993 and has risen 35 feet in just over two decades. Due to a lack of outlet for the water and a period of heavy rains in the early 1990’s, the high water simply never subsided, rendering the formerly productive area completely uninhabitable and taking 300 homes with it.

Minnesota-based photographer Paul Johnson (previously) set out during two different seasons, summer (via kayak) and winter, to witness and document the lost community. Large trucks sit embedded up to their wheel wells in thick ice, a silo door is seamlessly mirrored in the water that reaches over its threshold, and barns lean at spectacularly acute angles, seemingly glued in place by the surrounded fresh or frozen water.

“Abandoned places hold a wistful appeal to me and I think to many of us,” Johnson shared in an interview with Passion Passport. “They are the final chapters of unknown stories where we’re left to ponder the details. Their quiet stillness can spur thoughts about the nature of time and the processes of decay and reclamation.” If you are interested in further reading about the history of the area, Modern Farmer has a long-form story from the perspective of a Devils Lake native.

In addition to his still photography, Johnson is continuing to work on animated land art which will be compiled into an upcoming short film. Stay tuned for previews of these pieces on Instagram and Tumblr. (via This Isn’t Happiness) 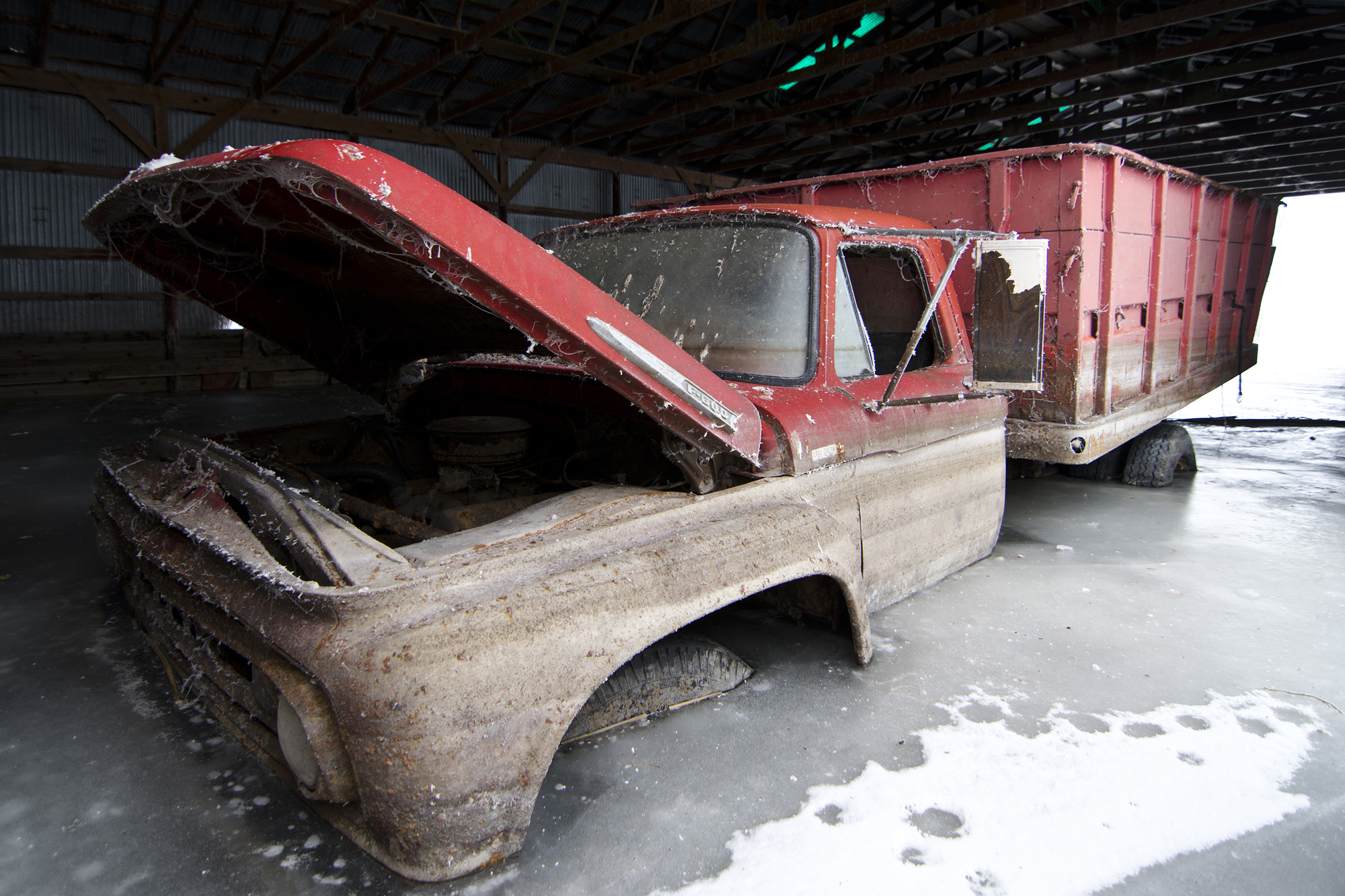 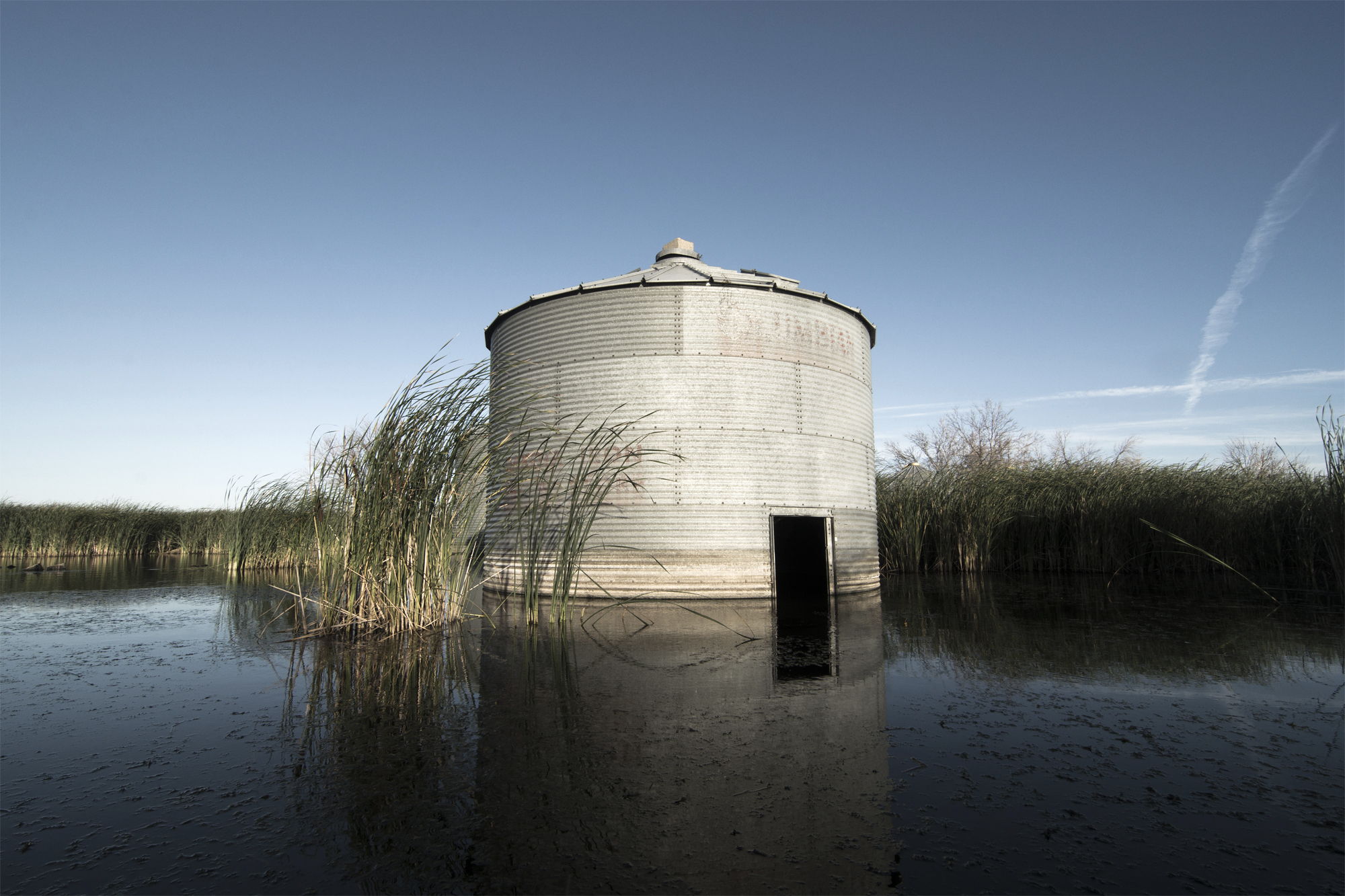 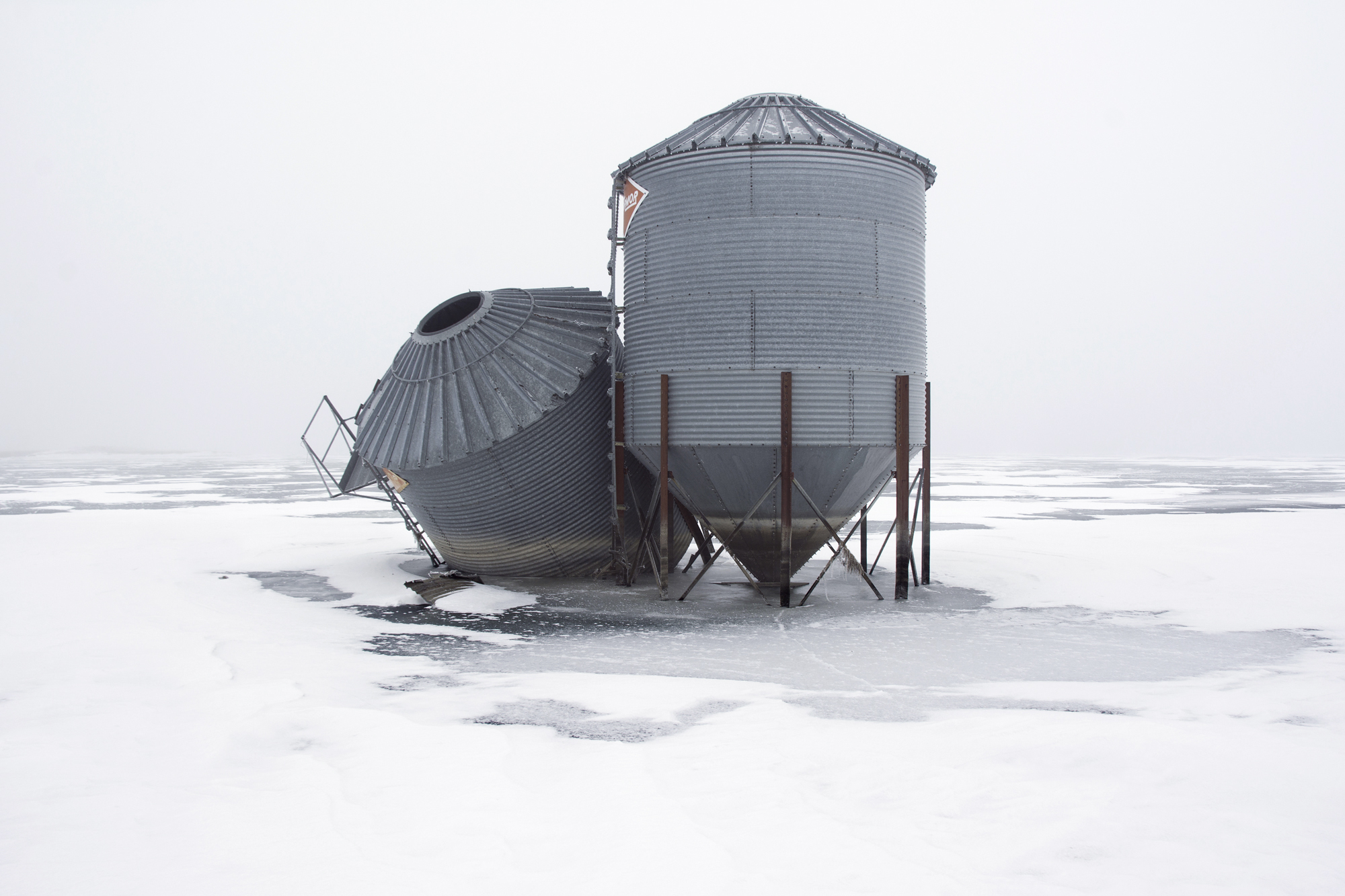