Sean Charmatz anthropomorphizes everyday objects with universal emotions of surprise, frustration, and togetherness. By adding simple black lines to fruits, plants, and office supplies, Charmatz turns these otherwise unremarkable items into relatable characters. Though the California-based artist has gained quite a following for his one-off cartoonish “explorations”, he also has a long resume in Hollywood. Charmatz has worked on several Disney and Dreamworks films in addition to his previous roles as a storyboard artist and director for six years on SpongeBob SquarePants. You can follow along with his visual musings on Instagram, and watch his animated “Secret World of Stuff” compilations on YouTube. 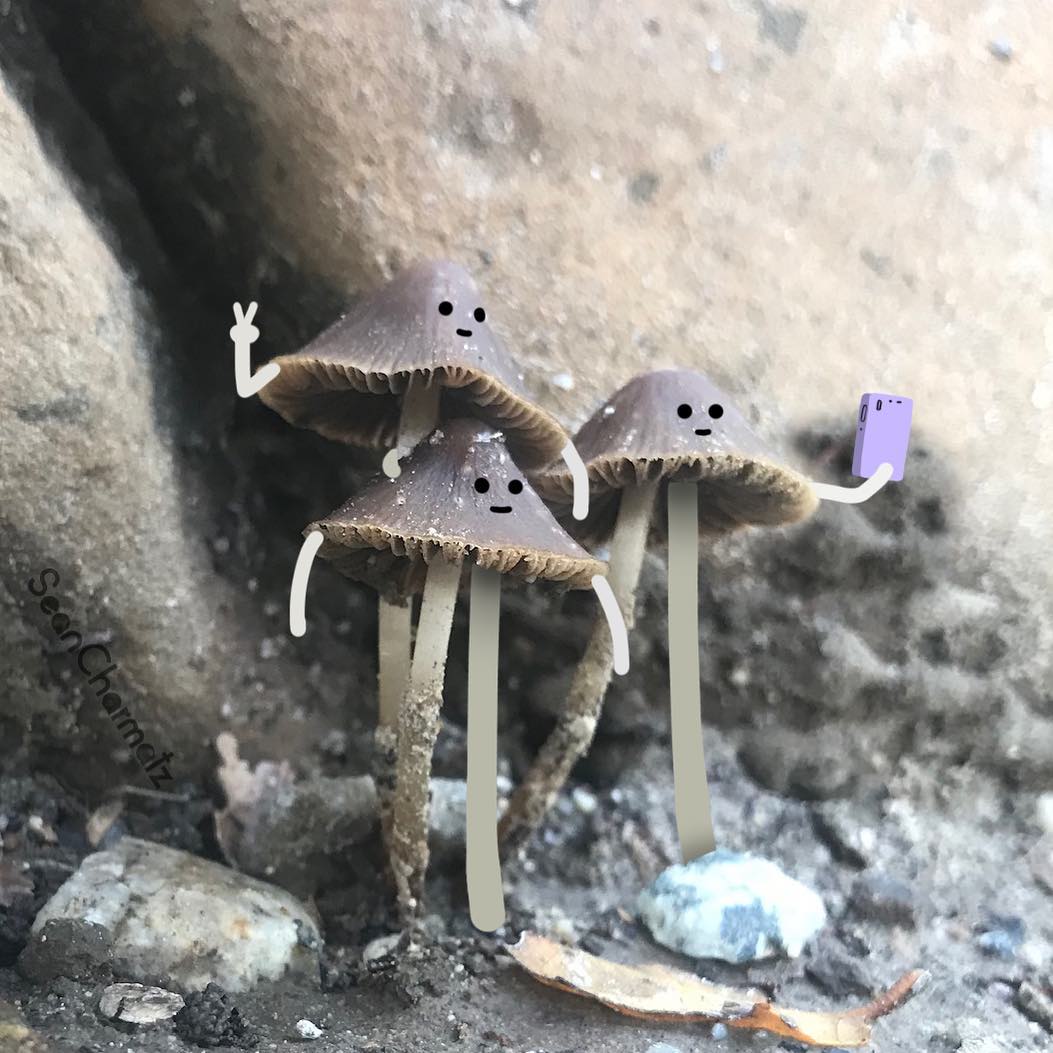 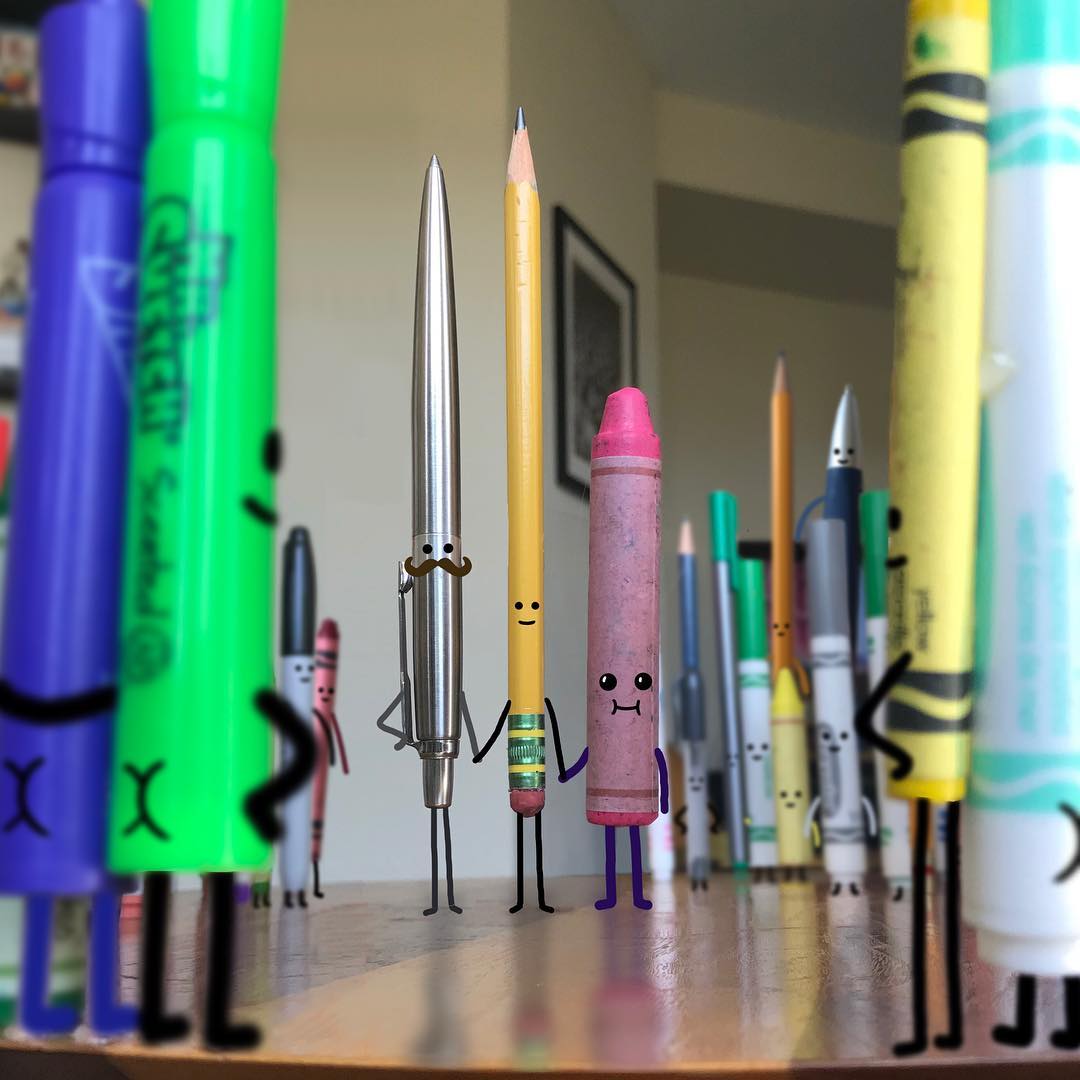 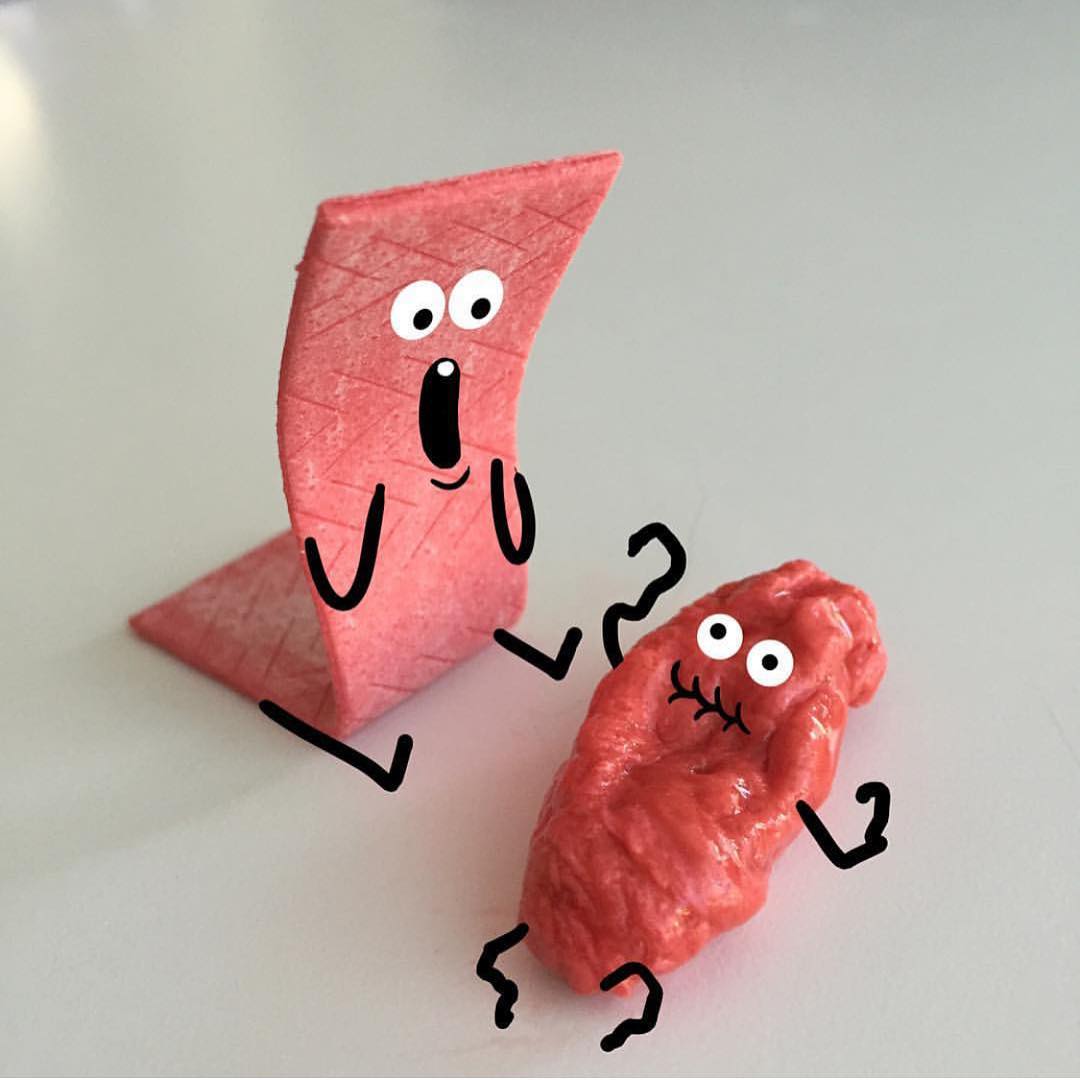