Put Words into Action with ‘Gerry’, a New Font Created From the Silhouettes of Gerrymandered Electoral Districts 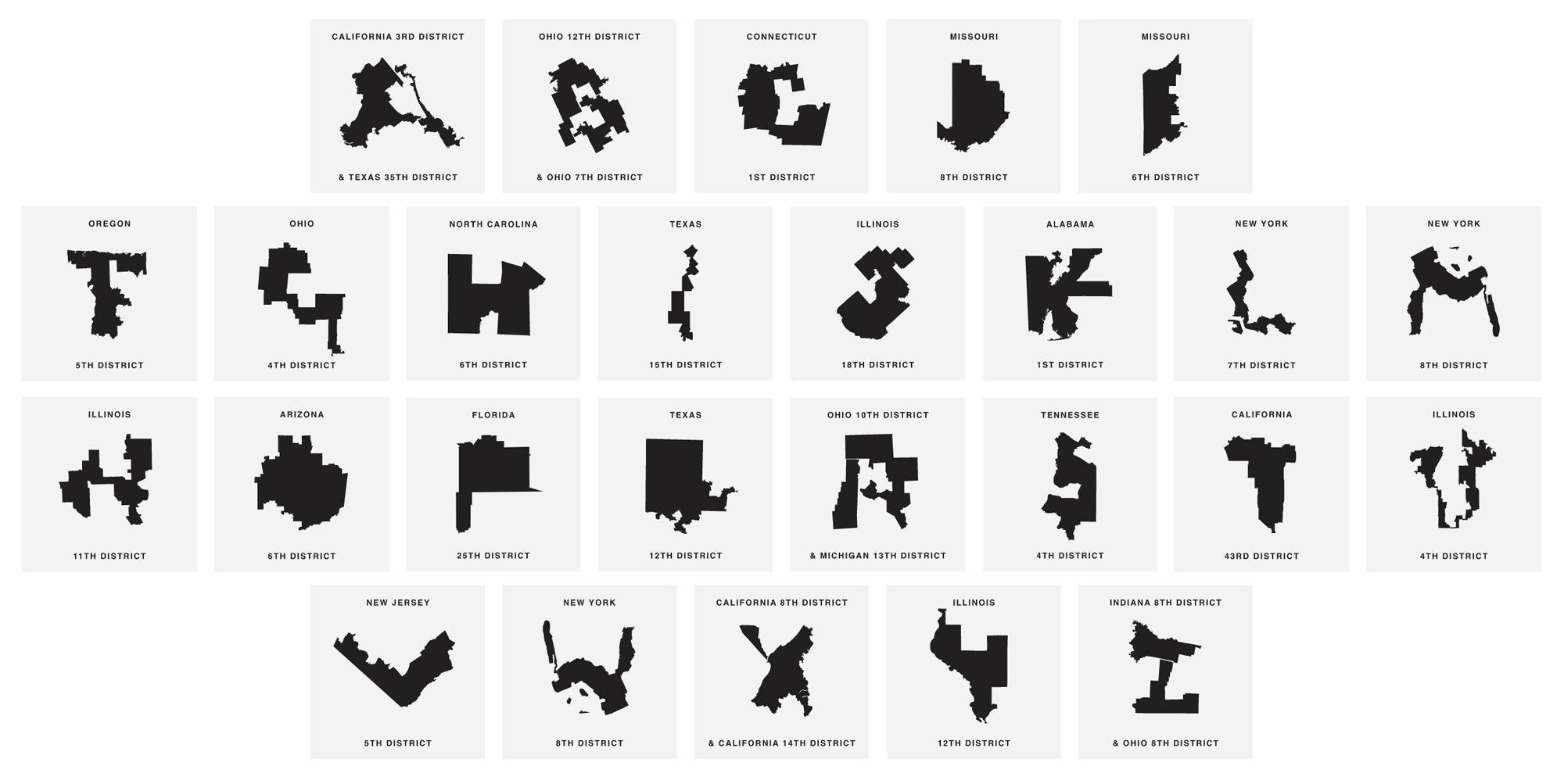 Apologies to anyone who shares the name, but two designers in Chicago are taking on electoral gerrymandering in a new font called Gerry. The font, created by Ben Doessel and James Lee, is composed of 26 districts whose absurd boundaries resemble alphabet letters much more than they resemble logical, cohesive population groupings. Alabama’s pronged 1st District bears a striking resemblance to the letter K, while New York’s 8th District looks like an M with its tall legs connected by a curved middle.

“Gerry” is available for download on a dedicated website, UglyGerry.com, which also includes a Twitter integration allowing visitors to thank their Representatives for their contributions to the font. If you’re interested in learning more about Gerrymandering, we recommend this John Oliver segment. (via Hyperallergic)