An enormous flower overtakes the San José’s cultural affairs building in a multi-plane mural by artist Mona Caron (previously). Titled “Limonium,” the delicate, pink-and-green leaves spread out across the structure’s facade, transcending a single side. Wrapped around six walls and across four planes, the flower appears to be growing continuously from multiple angles.

The San Francisco-based artist says determining the spatial logistics was straightforward. She added reference points to the wall and superimposed her botanical piece to a photo, which guided her through the process. In a video posted to Instagram, Caron walks around the pastel mural to capture its illusory qualities. “The main plant faces the entrance to the Convention Center on Market Street, but to its left, there is a semi-enclosed cove, which is the entrance to the garage, and there’s another plant in there, with a flower stem that calculatedly appears to be a part of whichever plant you’re looking at,” she shares with Colossal. “Similarly, I carefully drafted the rightmost flower stem (and) leaves to appear continuous when seen both from the street and from the upper terrace.” 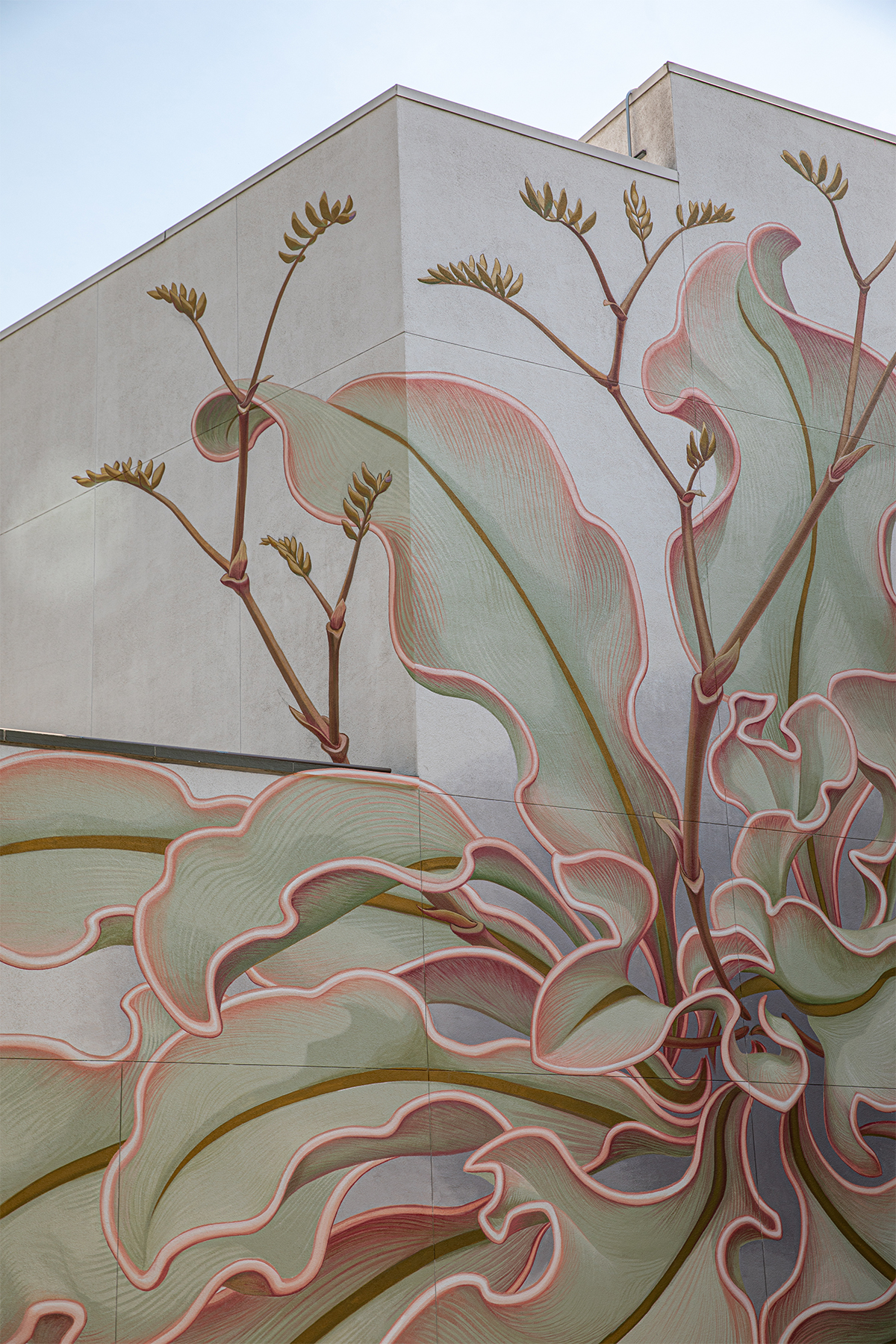