A new installation by artist Chila Kumari Singh Burman masks the stately columns and ornate flourishes of Tate Britain’s facade, enveloping the London museum in a blanket of LED lights. In “Remembering a Brave New World,” technicolor symbols, pop culture references, and religious iconography transform the neoclassical structure into an illuminated space for celebration. The public artwork was revealed on December 14 to coincide with the start of Diwali, the five-day Indian festival of lights, and casts a kaleidoscopic glow on the surrounding area.

The eclectic collection draws on Punjabi Liverpudlian artist’s own life and family history, which manifests in pieces like the multi-colored ice cream truck. After moving to England, her father purchased one of the vehicles, an experience that imprinted her childhood. Other elements focus on the United Kingdom’s history of imperialism: the Britannia figure at the building’s apex, for example, is camouflaged with Kali, the Hindu goddess of liberation and power, while the lower region features Rani of Jhansi, the warrior and leader of the Indian resistance against the British in 1857. “It’s important to critique buildings like this because they’re very Eurocentric,” Burman said in an interview with Dezeen. “So, I just thought: why not do something that captures what we’re all going through right now? I felt like it needed a blast of joy and light. And Diwali is about good over evil, about hope, unity and the light at the end of the tunnel.”

Glowing Hindu deities sprawl across the windows and arches, as well, including Lakshmi, the goddess of wealth and purity, and Ganesh, the god of prosperity. The religious figures juxtapose the more playful elements, like a life-sized tiger, peacock, and pair of lips.

“Remembering a Brave New World” is the fourth annual winter commission by Tate Britain. The public artwork will be on display through the end of January, even while the inner halls of the museum are closed to visitors due to the ongoing pandemic. Follow Burman’s projects that explore questions of power and identity on Instagram.

Update: A previous iteration of this article incorrectly identified the lights as neon, not LED. 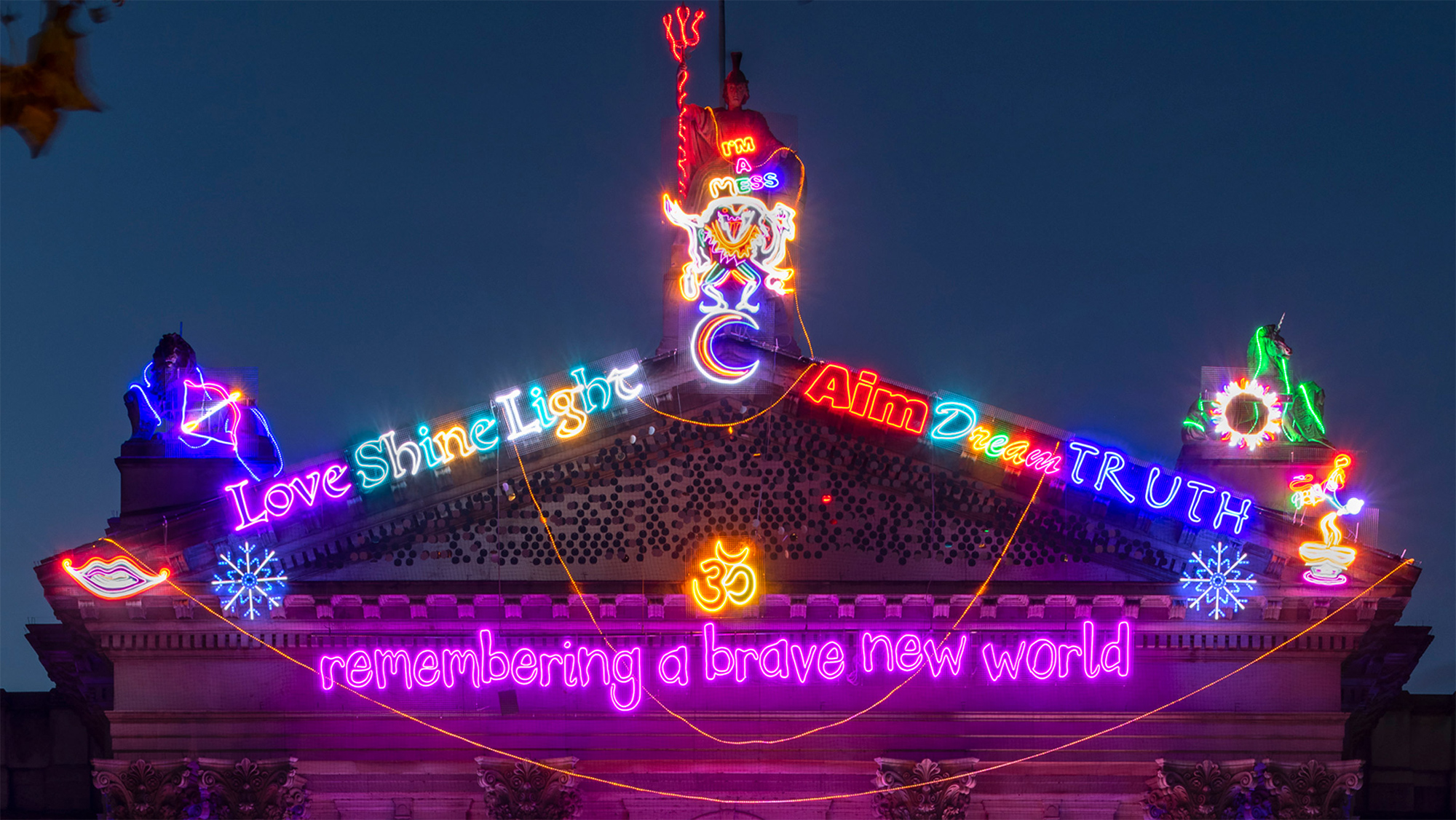