Heji Shin has ruffled more than a few feathers in her career through provocative and, at times, controversial photographs of infamous celebrities, crowning babies, and explicit scenes that display the rawness and vitality of her subjects. Born in South Korea, the German photographer recently turned her lens on a particularly antagonistic bunch of roosters in her series Big Cocks. Shot in her distinctly discomfiting and emphatic style, the photographs are strikingly masculine and aggressive, documenting the birds as they screech, splay their claws, and do karate-style leaps into the air.

In a recent interview, Shin writes that while the portraits exude passion, they stray from the more systemic and militaristic views of violence we often see. “The short-lived outbursts of angry cock energy look Hellenistic and virile,” she says.

The photographer is represented by Reena Spaulings in New York, where Big Cocks was recently on display, and you can view a larger collection of her work on the gallery’s site and her Instagram. (via Contemporary Art Daily) 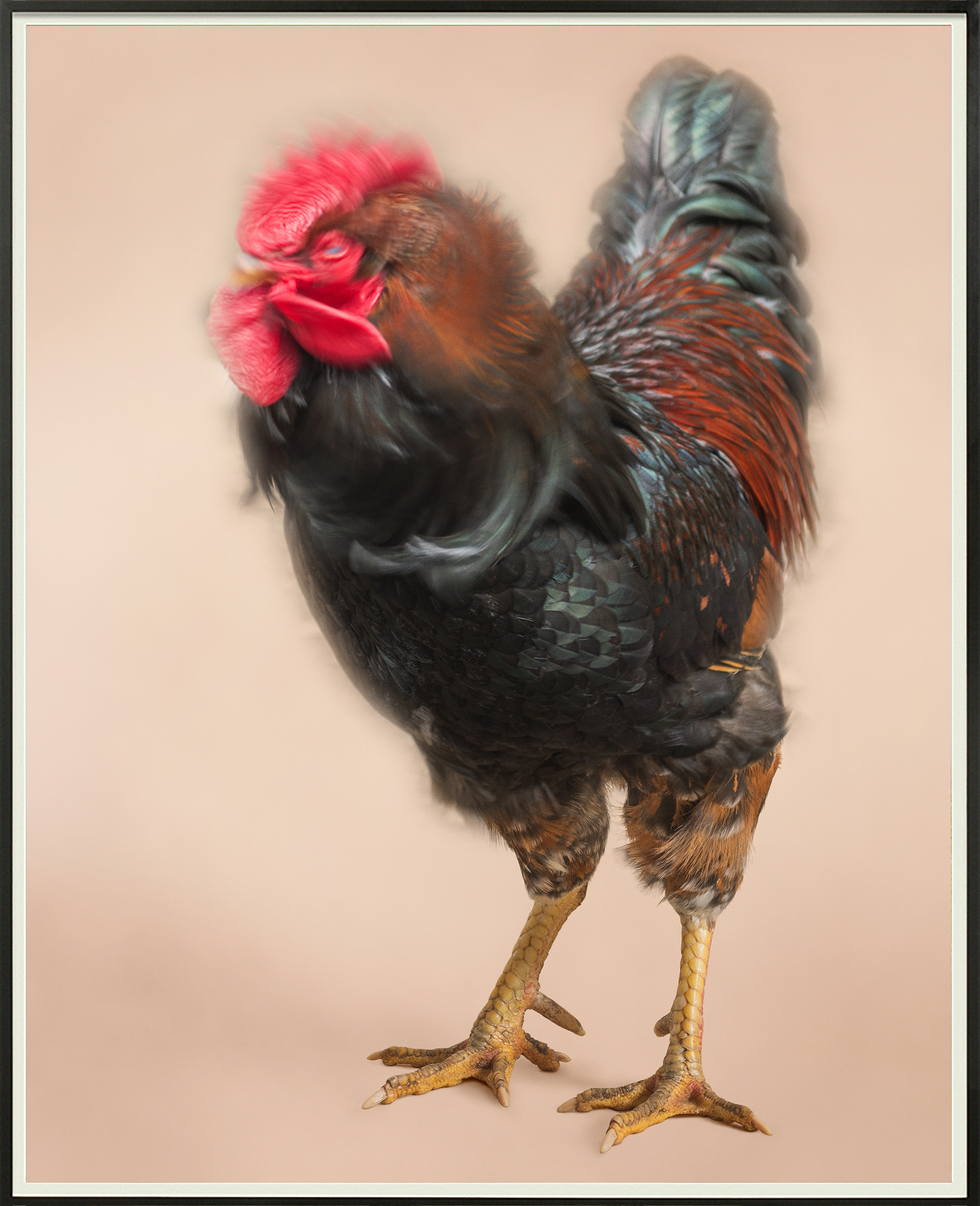