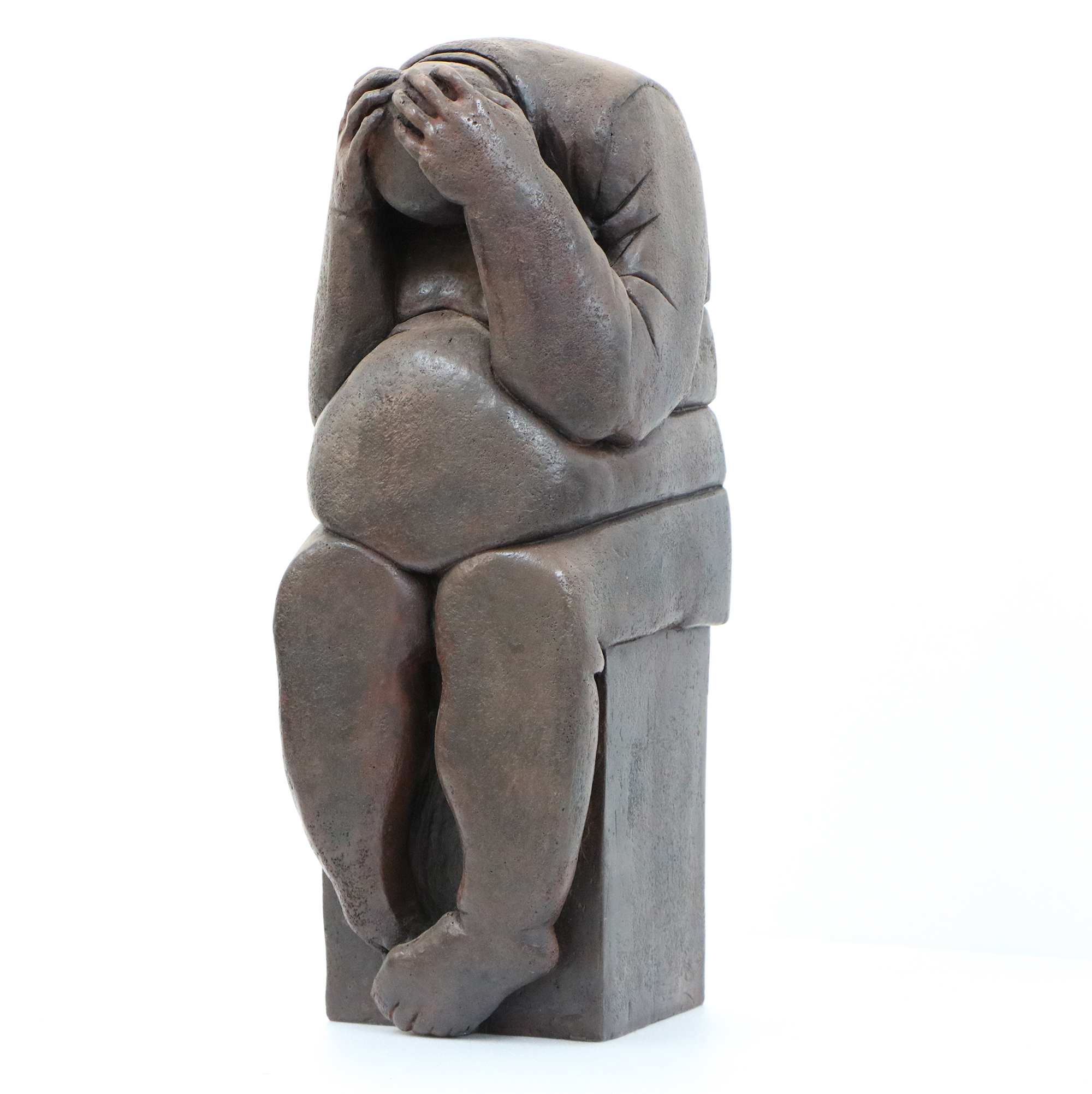 Whether folded into a box, bound by cords, or fragmented and stacked, the nondescript figures that Paris-based artist Khaled DAWWA sculpts experience some form of confinement. Their bodies are contorted into cages or squeezed into each other’s arms, and each looks down or away, a position that makes them appear to lack the power and agency to be free. Cast in dense blocks, the introspective sculptures reflect the artist’s preference for terracotta and bronze. “All that we received from the old history is by these two materials,” he says.

Most of the pieces shown here are part of the Compressed series, which were born out of the artist’s own experiences. He tells Colossal:

This project was inspired by my having lived in different places during a short period: detention and compulsory military service in Damascus for four months, then Lebanon for one year and finally arriving to France. Upon arrival in France, at first, I felt liberated from it all. Then I realized that the French live their lives in a complex system that turns them into “compressed people” and that we had this in common. This is the first series in which I look at people beyond Syria.

If you’re in Paris, you can see Khaled DAWWA’s artwork at numerous spots around the city: his piece titled “Les Passants” will be installed in a public spot in Clamart in May 2021, and he’s also participating in Beautify Paris in June of this year. Currently, he is part of Répare, Reprise at the International City of Arts, a group show that’s up through July 10, and is in the process of making a film about the artworks on display. Explore more of the artist’s compacted sculptures on Instagram. 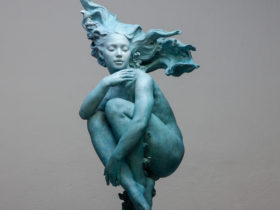