Suspended in public squares and parks, the knotted sculptures that comprise Janet Echelman’s Earthtime series respond to the destructive, overpowering, and uncontrollable forces that impact life on the planet. The artist (previously) braids nylon and polyurethane fibers into striped weavings that loom over passersby and glow with embedded lights after nightfall. With a single gust of air, the amorphous masses billow and contort into new forms. “Each time a single knot moves in the wind, the location of every other knot in the sculpture’s surface is changed in an ever-unfolding dance,” a statement about the series says.

The outdoor installations are modeled after geological events so catastrophic and powerful that they slightly impact the planet’s rotational speed. Each title refers to the number of seconds shaved off the earth’s day because of that occurrence, with “Earthtime 1.78” referring to Japan’s 2011 earthquake and tsunami and “Earthtime 1.26” speaking to a 2010 tremor in Chile.

Containing innumerable knots and weighing hundreds of pounds, the monumental nets are the product of countless hours and a team of architects, designers, and engineers who interpret scientific data to imagine the original form. Each mesh piece begins in the studio with techniques done by hand and on the loom, and the threads are custom-designed to be fifteen times stronger than steel once intertwined. This allows them to withstand and remain flexible as they’re exposed to the elements, a material component that serves as a metaphorical guide for human existence.

Echelman will exhibit an iteration of “Earthtime 1.26” in Jeddah from December 2021 to April 2022, with another slated to be on view in Amsterdam this winter. You can see more of the prolific artist’s works on her site and Instagram. 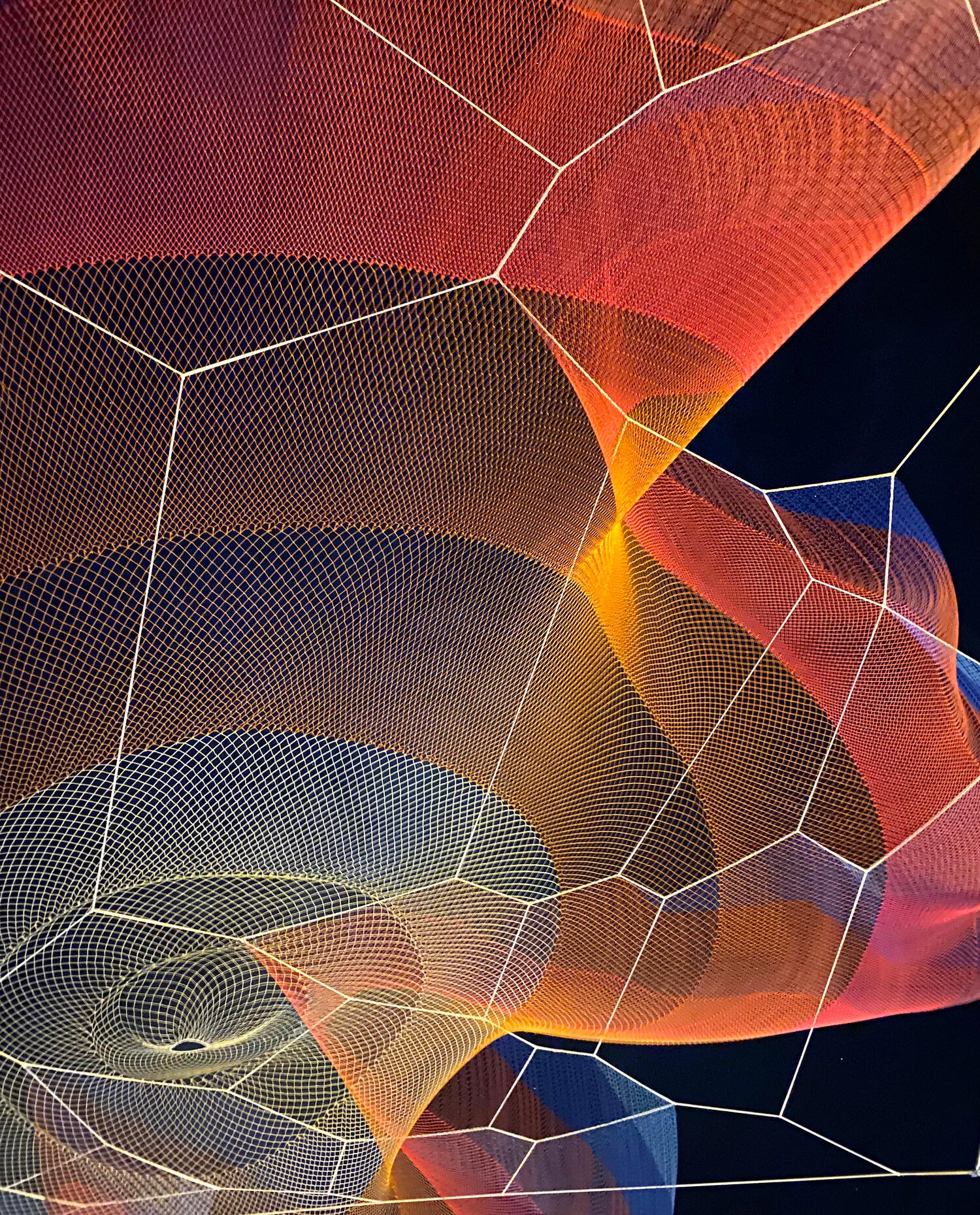