A Striking Photo Series Documents the Melting Glaciers Along 4,000 Kilometers of Greenland’s Coast 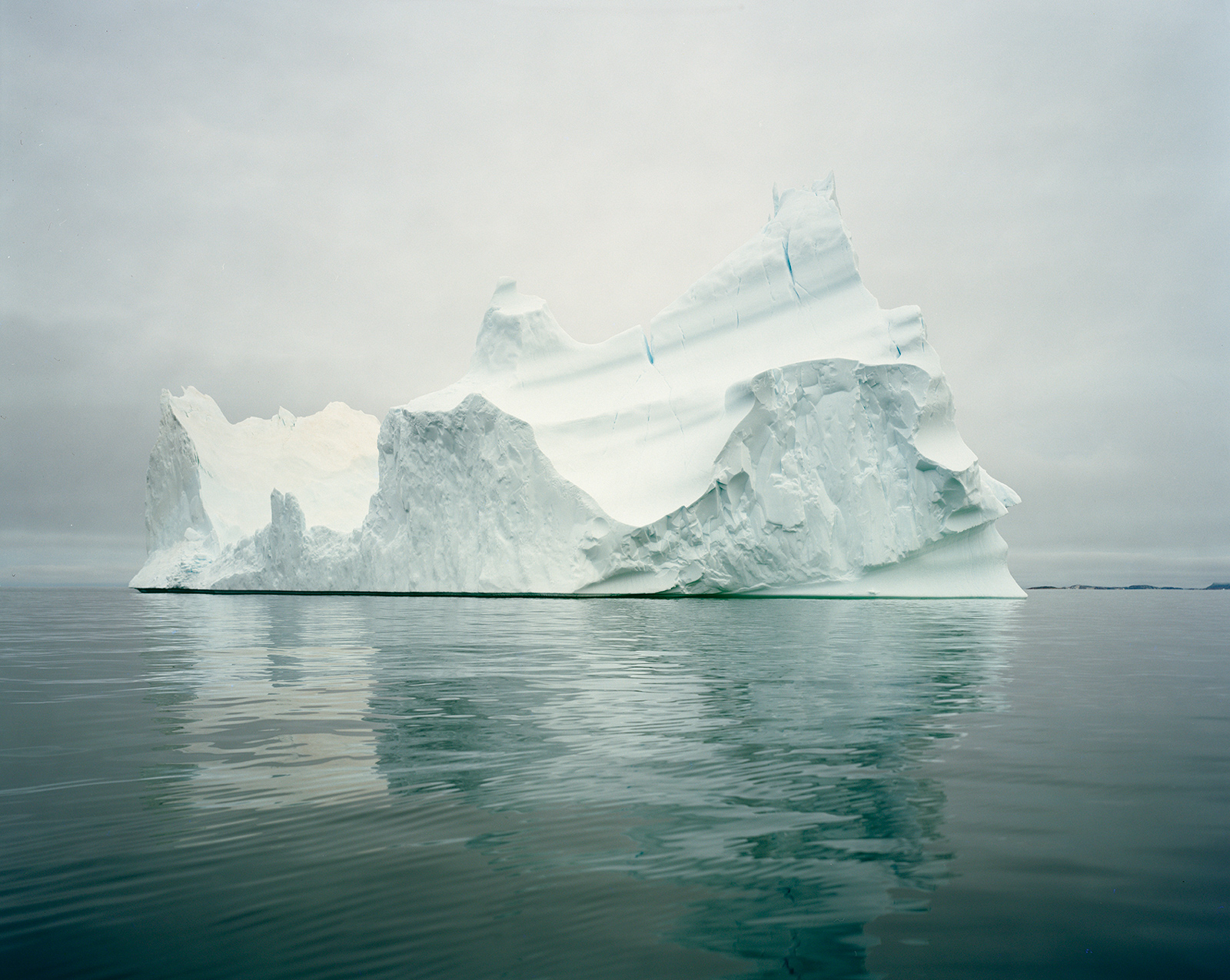 What began in July 2003 as a single visit to the frigid Ilulissat Icefjord in western Greenland morphed into a years-long project for German photographer Olaf Otto Becker. That initial trip prompted fourteen subsequent voyages to the Arctic coastlines, where he captured monumental glaciers calving and crumbling into the ocean and still expanses of water through bleak nighttime light. “Every day, huge thundering masses of ice break into the sea, causing the sea level to rise slowly but incessantly,” he writes.

Becker compiled the striking images in his Broken Line series, which frames the remote regions from Ilulissat to Uummannaq and Upernavik to Melvillebay. Navigating thick fog and unpredictable waters alone in a rubber raft, he traveled along 4,000 kilometers of coastlines between 10 p.m. and 5 a.m. when the midsummer light illuminated the landscape and used long exposures to capture the vistas. Becker details his grueling excursions—these involved being struck by an iceberg that plunged him into the water, broke his rib, and caused a concussion—on PetaPixel, where he also explains the urgency of documenting the glacial forms:

Numerous houses in the village of Nuugaatsiaq were washed out to sea. Scientists found the debris avalanche was triggered by the growing warming of the rocks. The brittle rock is no longer held together by the permafrost, so the danger of rockfalls has been increasing for years. Scientists have calculated that, in addition, the coasts of Greenland and the island itself will rise significantly because of the melting of the tons of ice, while the rising sea level will literally drown some coasts. Everything will change.

The stunning photos shown here are compiled in a book by the same name, and Becker shares more of his projects that document the changing landscapes on his site. You also might enjoy the diverse glacial shots captured by Jan Erik Waider.