New Sculptural Collages Made from Antiquarian Books by Alexander Korzer-Robinson 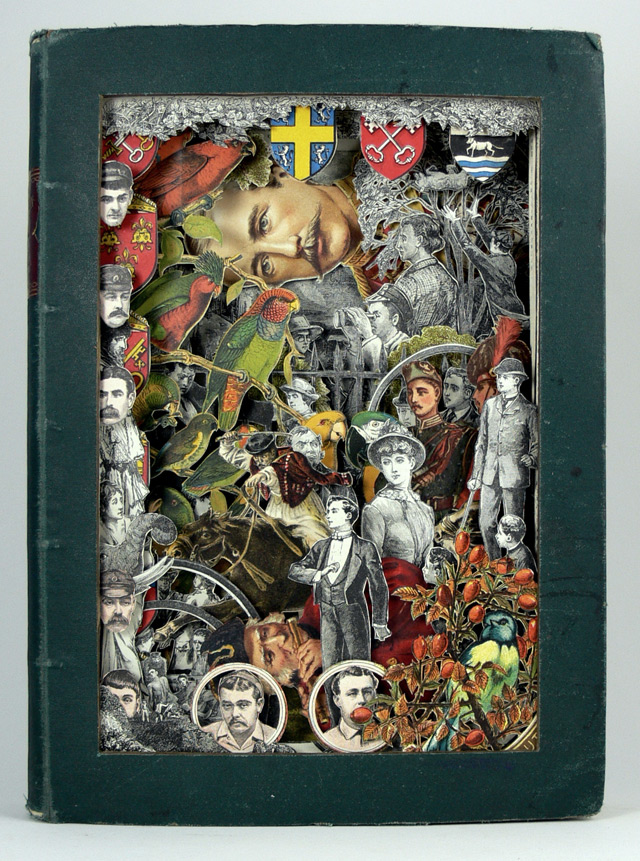 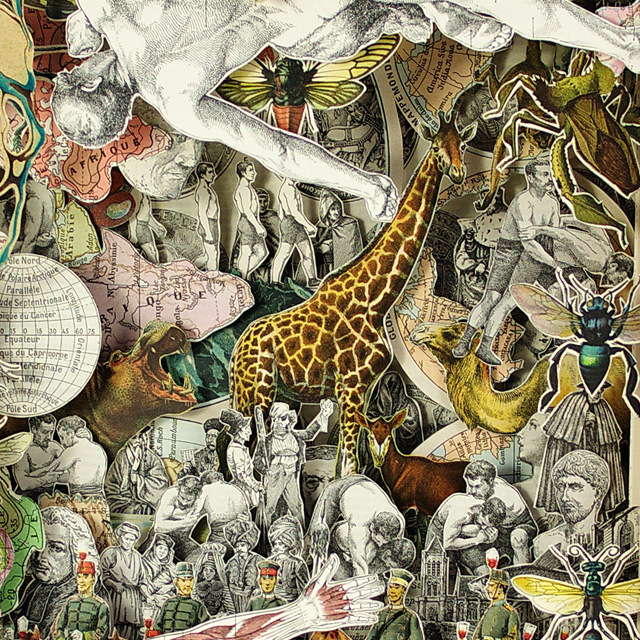 Like a traditional sculptor carving away at a piece of stone, artist Alexander Korzer-Robinson eviscerates text and whitespace leaving only the images. In doing so he creates entirely new narratives using only the pre-existing illustrations, charts, graphs and other visual elements printed inside of each book. Of his work he says:

By using pre-existing media as a starting point, certain boundaries are set by the material, which I aim to transform through my process. Thus, an encyclopedia can become a window into an alternate world, much like lived reality becomes its alternate in remembered experience. These books, having been stripped of their utilitarian value by the passage of time, regain new purpose. They are no longer tools to learn about the world, but rather a means to gain insight about oneself.

What you see above represents a selection of his work from 2012, but you can see much more on his website. He’ll also have work at the Affordable Art Fair in Hampstead, London starting next week.