Bears on Stairs: A Stop Motion-Animation Created from 3D-Printed Frames 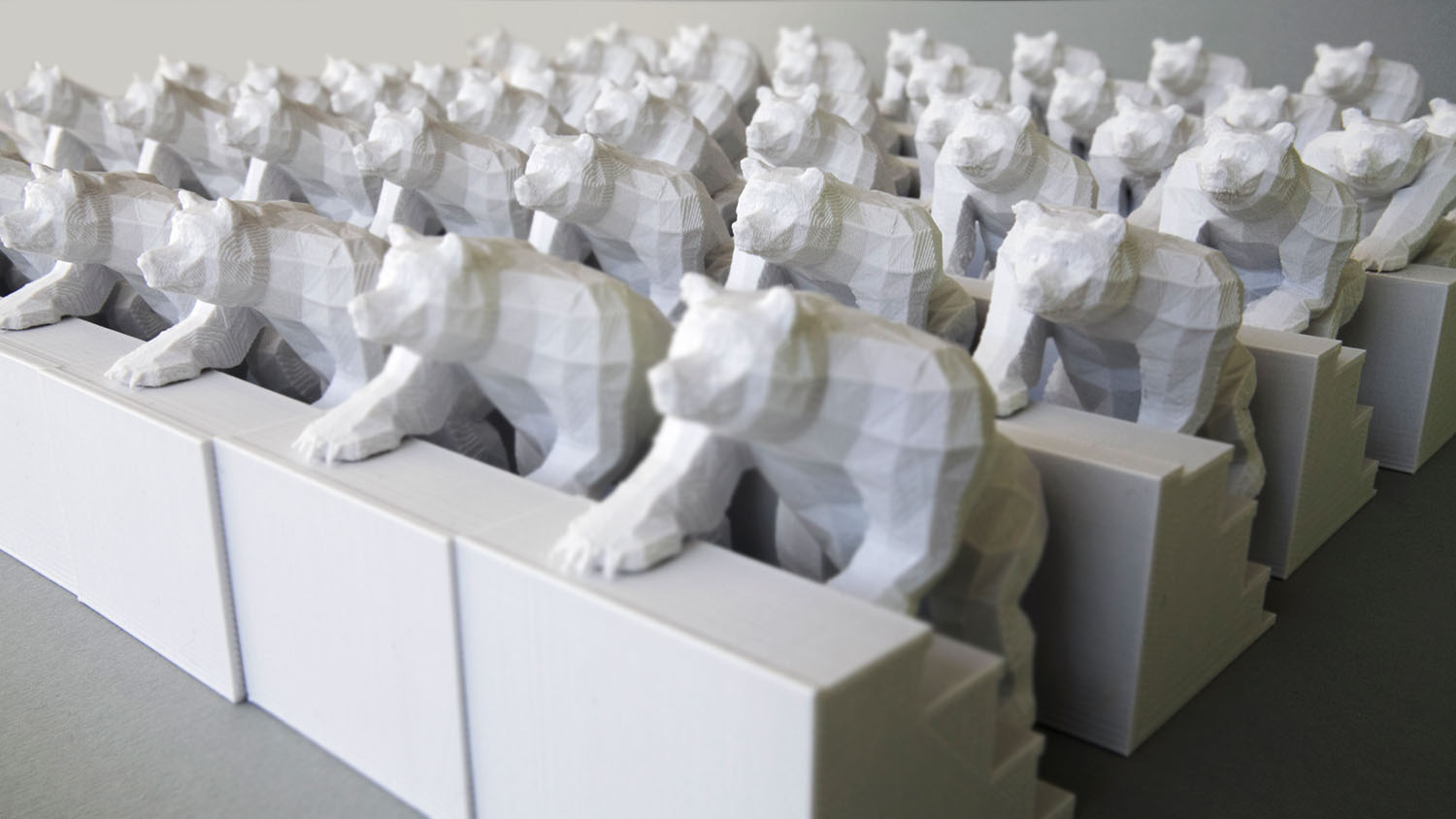 The creative team over at London-based DBLG recently released this in-house animation titled Bears on Stairs that involved old school stop motion techniques paired with modern 3D printing. The painstaking process involved printing a sequence of 50 tiny sculptures which had to be photographed one by one over a period of 4 weeks—all for a mere two seconds of animation. I love the texture on the surface created by the printer. See more over at DBLG. (via Visual News)