Over the last year, French artist Julien Salaud has installed several new works as part of his “Stellar Cave” series involving elaborate thread drawings illuminated by ultraviolet light. The polygonal depictions of people, animals, and zoomorphic figures are meant to evoke the idea of star constellations with allusions to mythology and mysticism. Salaud works with cotton thread coated in ultraviolet paint wrapped around precisely placed nails on ceilings or gallery walls. One of his largest installations, Stellar Cave IV, was recently on view at the Hezliya Museum of Contemporary Art. More on Facebook. (via My Modern Met) 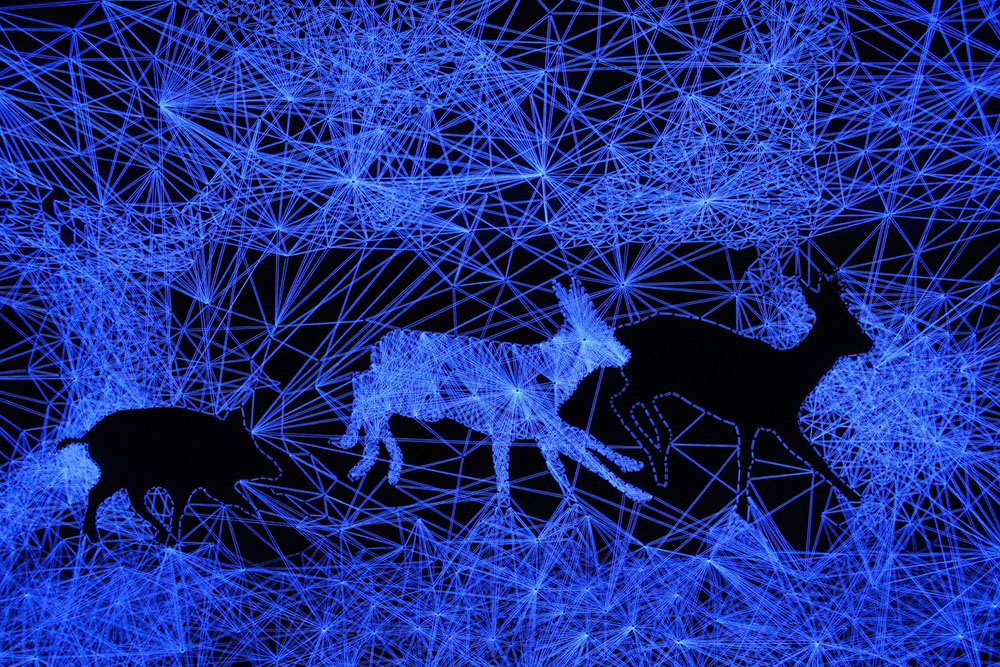 How the Sun Sees You: People Discover What They Look like under Ultraviolet Light, and the Startling Power of Sunscreen

Animated Cinemagraphs of City Life and Nature by Julien Douvier