Artist Wilfried Grootens paints extraordinary figures comprised of dots and tendrils sandwiched between dozens of laminate glass layers. These strangely precise optical float paintings take on the form of some fantastic microscopic creatures and are sometimes reminiscent of the photos depicting the milliseconds before a nuclear explosion. The design of each cube is so precise, the thin layers of paint appear to completely vanish when viewed from a side angle.

At the age of 15 Grootens first apprenticed as a glass painter at the Derix Company in Germany where he learned to restore antique stained glass windows. Four years later he left on a near decade-long adventure to travel the world, play music, and experience the cultures of Asia and South America before eventually returning to his work with glass. In 1988, he received a Master Craftsman’s Diploma in Munich and by the following year had opened his own studio in Kleve.

Grootens will have work at the upcoming SOFA Expo Chicago through Habatat Galleries starting November 5th. (via ARTchung, Baby) 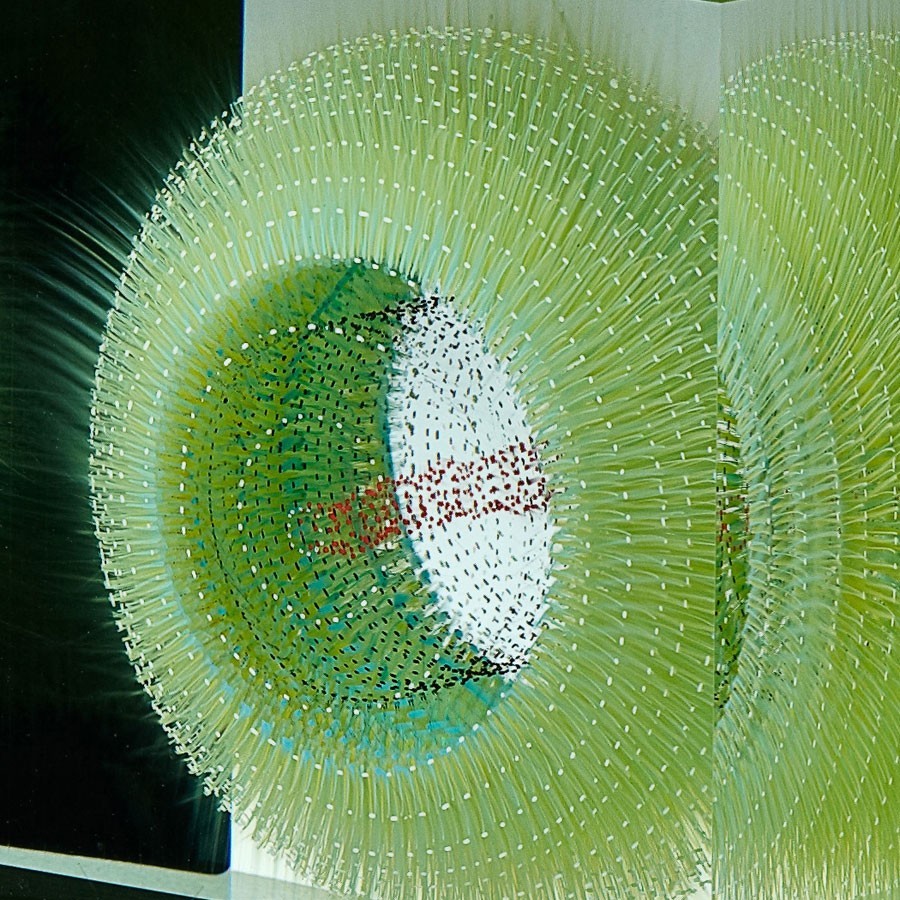 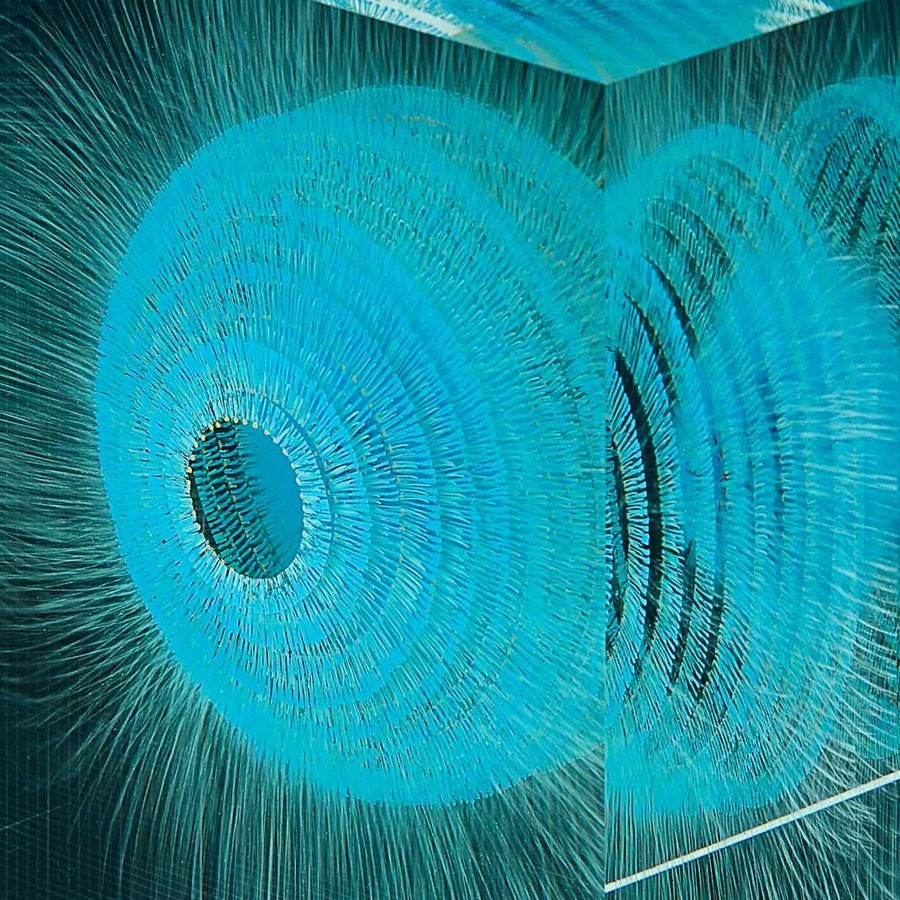 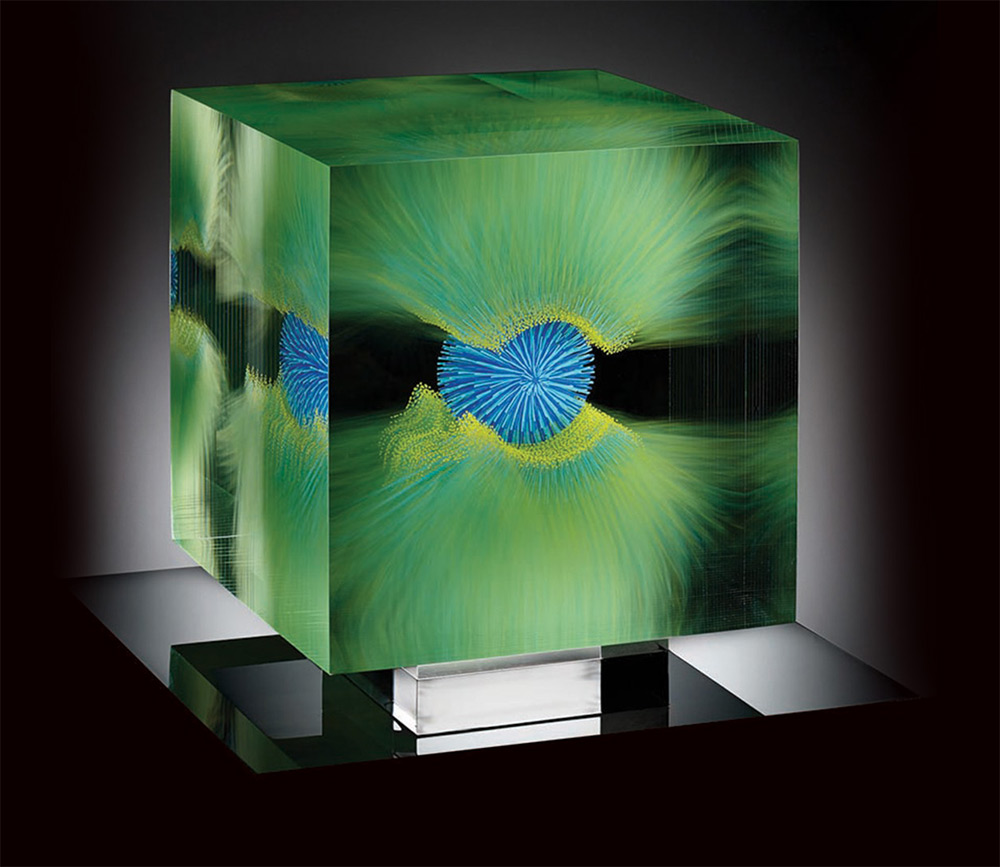