French artist Juliette Clovis (previously) works primarily with female busts, mutating the forms to adopt animal or floral-based characteristics. Using both the 2D application of paint, and 3D addition of ceramics, she covers the females that she sculpts in horns, quills, and blooms. In some works the natural elements look as if they merge with the bust, while others appear overtaken, such as in the piece Memento mori (2016). In this piece Clovis’ white figure is almost entirely covered in flowers, with minimal elements of her face barely peaking out from its blanket of ceramic blossoms.

Clovis will have a solo exhibition of her work at Gallery Mondapart in Paris titled “Baroque Curiosities” opening March 23 and running through May 4, 2017. You can see more images of Clovis’ hybrid porcelain forms on her Instagram and website. (via Faith is Torment) 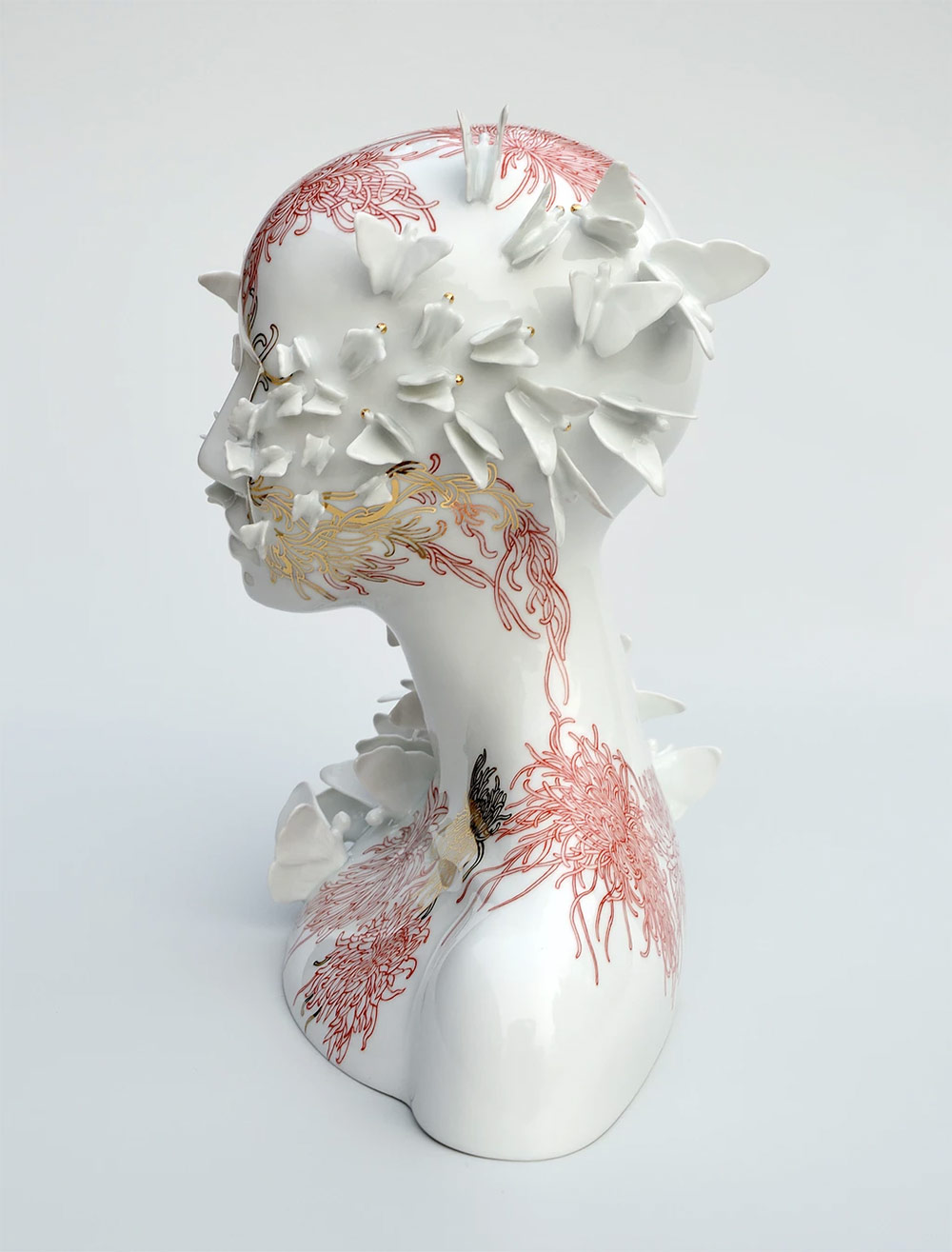 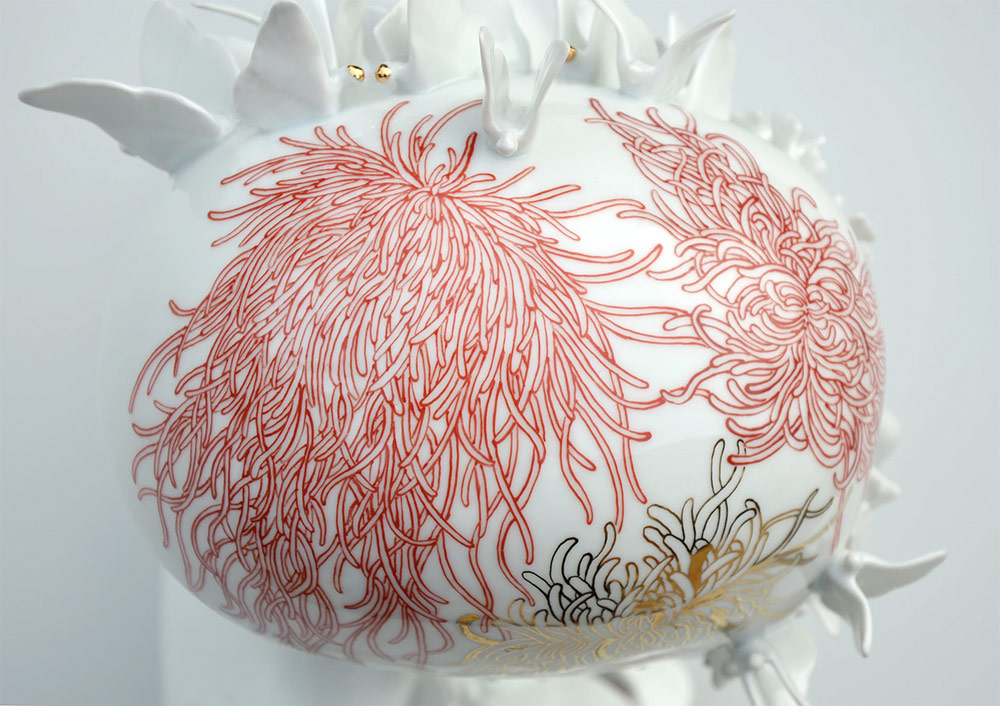