Artist Adele Renault (previously) paints realistic portraits of the common pigeon, often highlighting real examples of pigeons whose stories are anything but ordinary. This year she painted a mural of “Baby Girl,” a New Jersey pigeon who won a 366 mile race 19 minutes ahead of the other feathered contestants. A few years ago she dedicated a series of smaller paintings to “Camp,” a pigeon adopted by a Chicago couple after finding his egg left on their kitchen table.

By focusing on these inspiring stories, Renault highlights the often overlooked bird as a magnificent creature rather than an urban nuisance. Her brightly hued public murals and paintings on canvas bring purples and blues into the bird’s feathers, and accentuate the iridescent tones one might not notice at first glance. Recently she published a book combining her avian works titled Feathers and Faces. You can view more of her large-scale paintings on her website and Instagram. (via My Modern Met) 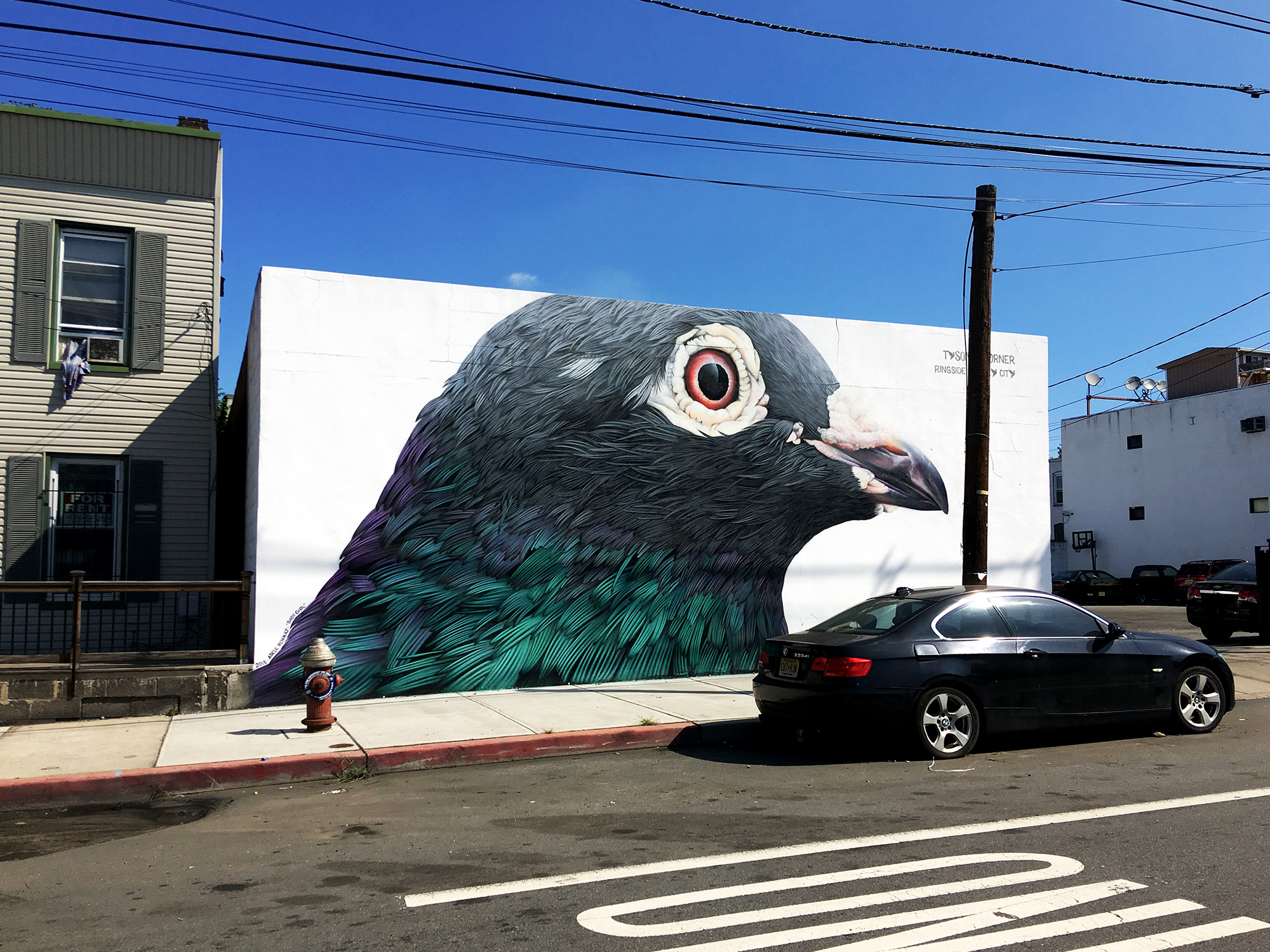