A massive sculpture of a legendary bird has taken shape at Jatayu Earth’s Center in Kerala, India. Based on the epic story of Ramayana, Jatayu is a noble bird of divine origin who lost his wing and fell while fighting to protect a young woman named Sitha. The bird as recreated in concrete at the  Center is 200 feet long, 150 feet wide, and 70 feet tall, with stylized feathers and enormous curled claws. Its prone body is sprawled on a mountaintop with a 65 acre tourist destination campus.

Jatayu Earth’s Center is a collaboration between the Tourism Department of Kerala and renowned film director Rajiv Anchal and focuses on environmental sustainability in its design. The Center includes systems of rainwater irrigation, solar powered electricity, and planned organic farms. Learn more about visiting on the Jatayu Earth’s Center website. (via Design You Trust) 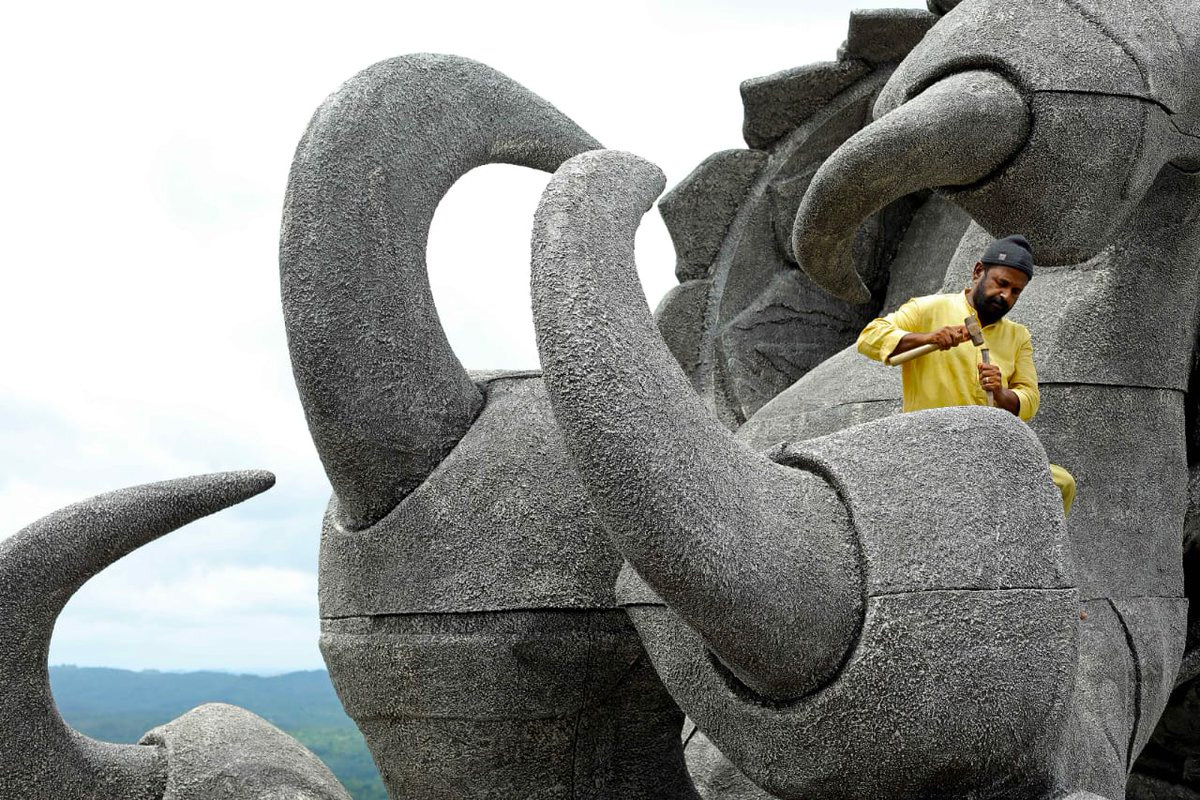 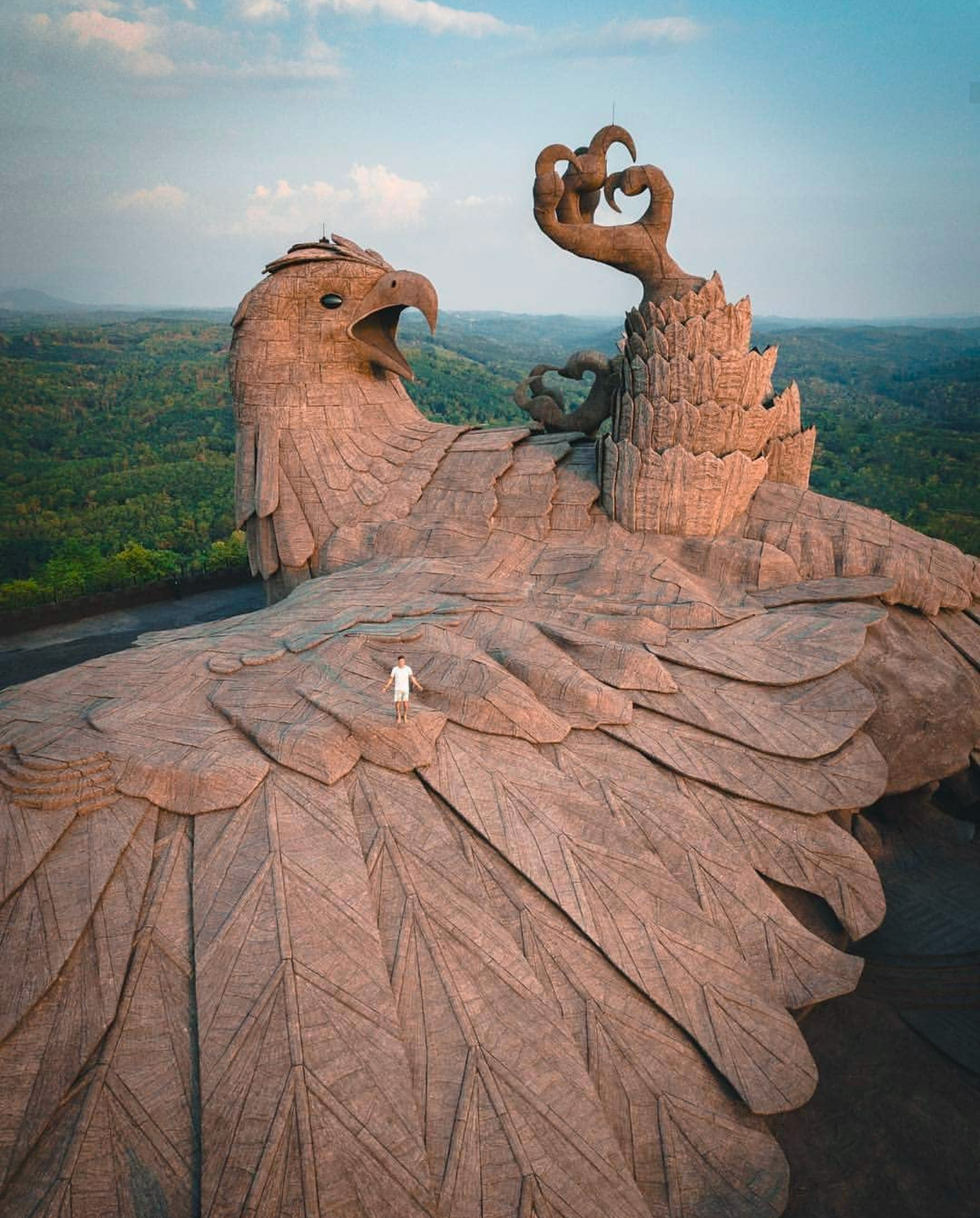 Lost & Found: Inside the Bizarre Wonderland of Artist and Tinkerer Blair Somerville

Realistic Birds Made from Paper and Watercolor Paint by Johan Scherft