To create his thick, abstract portraits, Chicago-based artist Jose Lerma trades his brush for hefty, commercial brooms that follow the lines of preliminary sketches. “The process of these paintings is laborious. I make my own paint and fabricate my supports. The material is heavy and unwieldy,” he tells Colossal. “It is done in one shot because it dries very fast, so there is a minimal margin for mistakes.”

Lerma’s impasto works shown here have evolved from his original series of Paint Portraits, which revealed the general outline of a figure without any distinctive details. Wide swaths trace the length of the subject’s hair or neck, leaving ridges around the perimeter and a solid gob of pigment at the end of each stroke. His forward-facing portraits tend to split the figure in half by using complementary shades of the same color to mirror each side of a face. With a background in social sciences, history, and law, much of Lerma’s earlier pieces revolved around translating research into absurd, childlike installations and more immersive projects. “In recent works, maybe due to returning to my home in Puerto Rico and a much more relaxed non-academic setting, I have eliminated my reliance on history and research and now concentrate on just making portraits,” he shares. “It’s an approachable, tactile, and disarming aesthetic, but the absurdity remains perhaps in the excessive materiality.”

Now, Lerma “works in reverse” and begins with a specific image that he reduces to the most minimal markings. “It’s a large work painted in the manner of a small work, and I think that has the psychological effect of making the viewer feel small, more like a child,” he says.

Living and working between Puerto Rico and Chicago, where he teaches at the School of the Art Institute of Chicago, Lerma currently has paintings on view in a number of shows: he’s at Yusto/Giner in Málaga through March 24 and part of the traveling LatinXAmerican exhibition. In April, he’ll be showing with Nino Mier Gallery at Expo Chicago and in May at Galeria Diablo Rosso in Panama. Until then, see more of his works on Instagram. 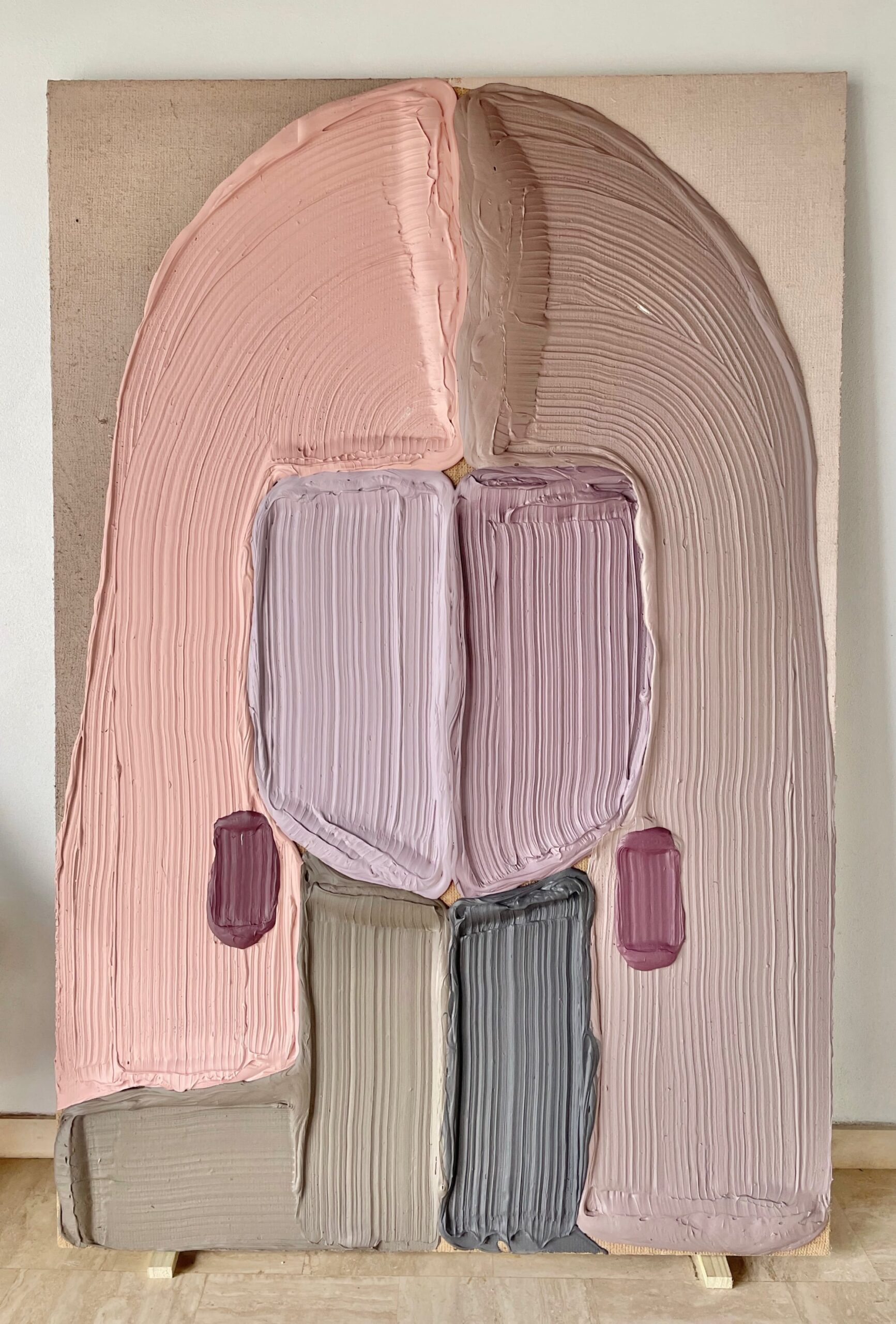