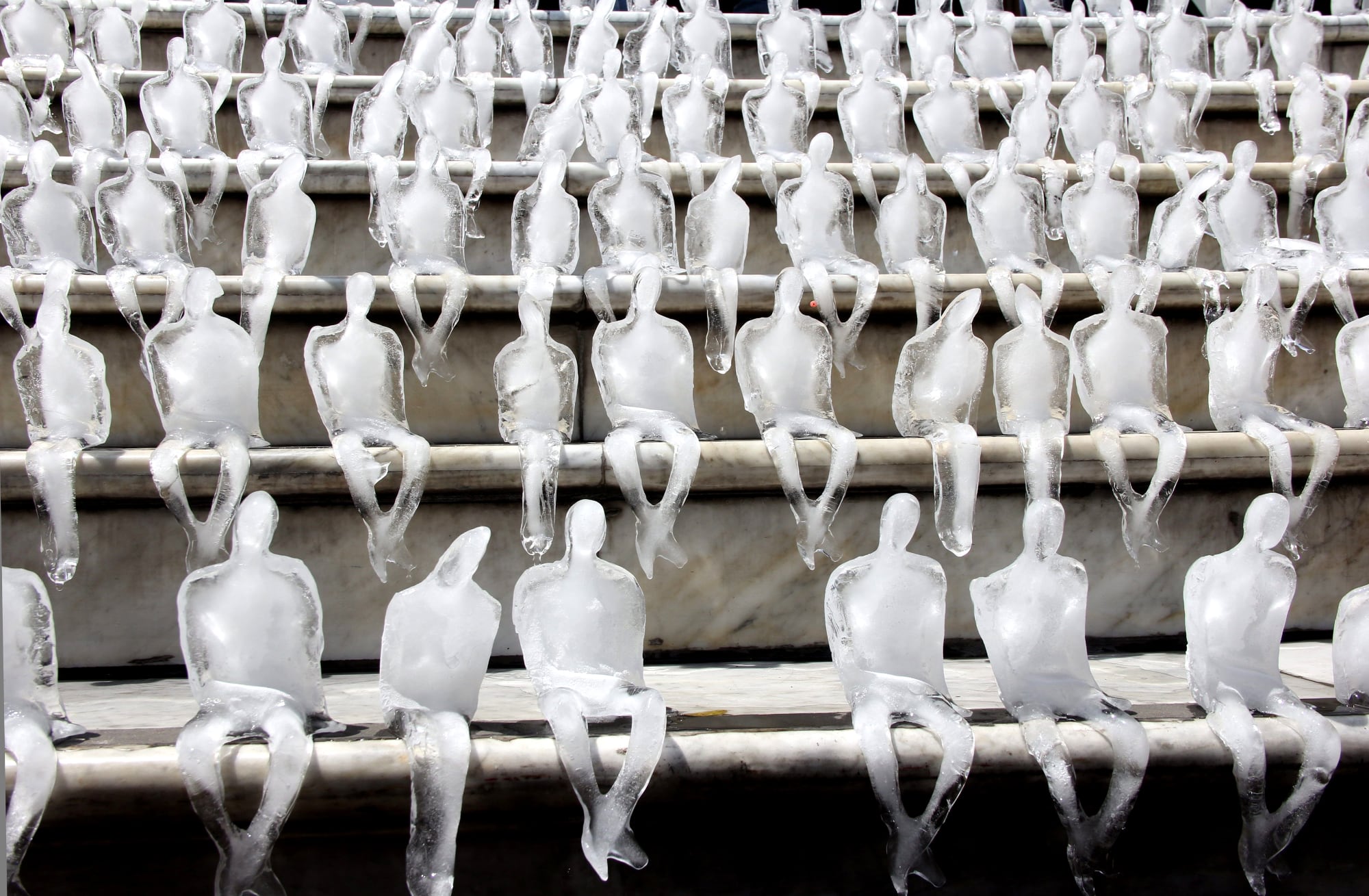 Ephemerality has always been at the center of Néle Azevedo’s practice. The Brazilian artist is known globally for “Minimum Monument,” a collection of small ice figures that melt in situ.

First exhibited in São Paulo in 2005, the installation, which Azevedo dubs an “urban art action,” has found its way to cities like Paris, Belfast, Lima, and Porto. In each iteration, the artist carves hundreds of 20-centimeter-tall figures seated with their ankles crossed and places them atop outdoor steps and in public spaces. The faceless sculptures drip and pool into small puddles as time passes, which initially was Azevedo’s way of critiquing public monuments and taking “into account the history of the defeated, the anonymous, to bring to light our mortal condition.” The impermanence of the frozen substance directly contrasts the enduring nature of bronze, stone, and other materials typically used for statues and commemorative works. 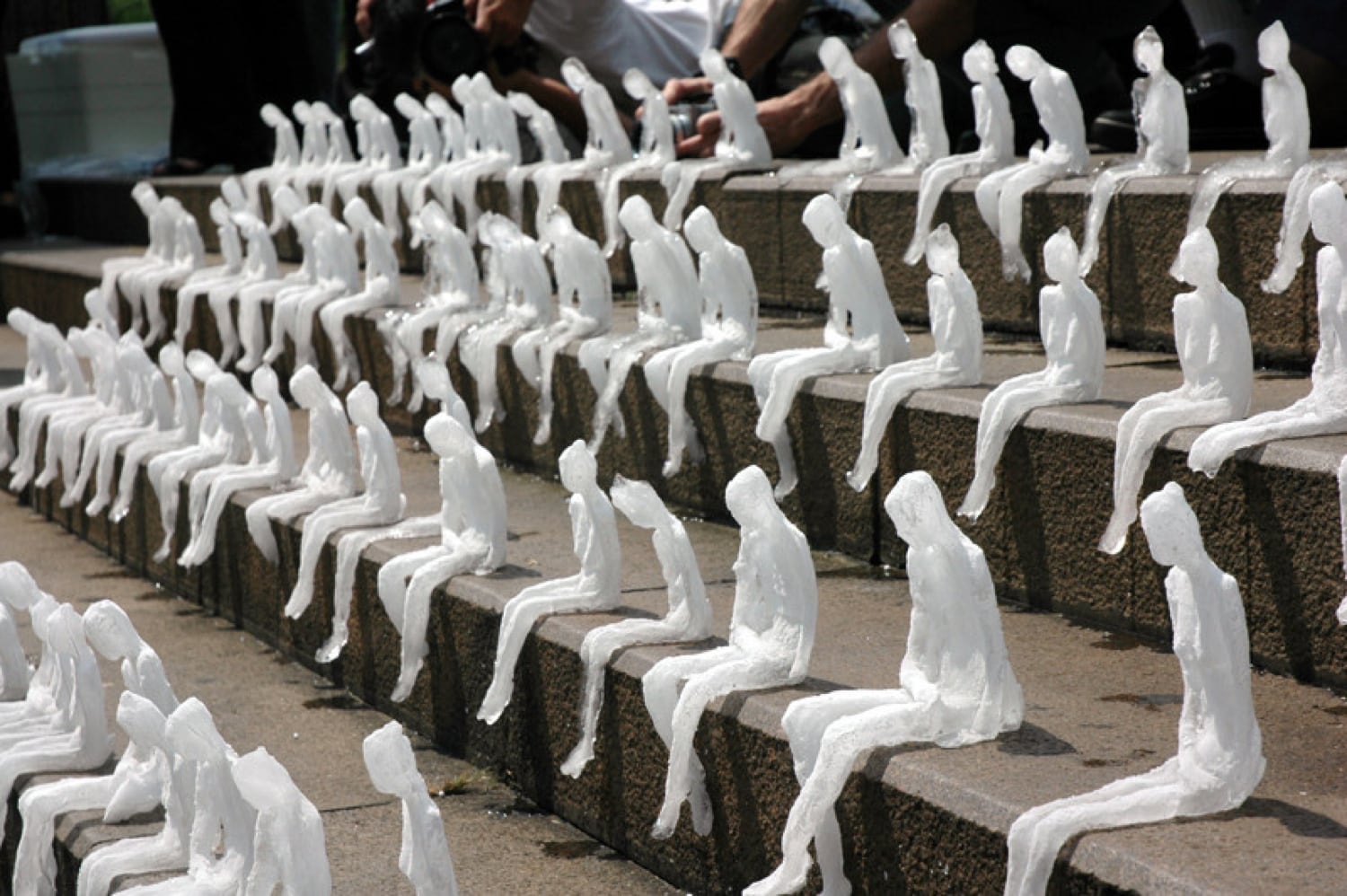 With the intensifying climate crisis, though, the piece has acquired new meaning as a literal reflection of global warming and the way life will soon disappear from the planet. A statement about the decades-long project explains:

This urgency requires a paradigm shift in the development of governments of all nations to think of another model of development outside the current level of consumption. These threats also finally put Western man in his place, his fate is along with the destiny of the planet, he is not the “king” of nature, but a constituent element of it. We are nature.

A successor to “Minimum Monument,” Azevedo’s “Suspended State” (shown below) similarly gathers more than 1,000 ice figures and dangles them over pots, bowls, and other kitchenware equipped with microphones. “The sound is very important because it invokes that disappearance,” the artist tells Great Big Story. “The melting sculptures (create) a connection between a subjective self and a collective consciousness.”

Explore an archive of Azevedo’s works, including images of multiple iterations of “Minimum Monument,” on her site, and follow news about upcoming exhibitions and projects on Instagram.