The natural world and moments of tenderness merge in Lincolnshire-based artist Nichola Theakston’s expressive sculptures. Serene mammals sculpted in terracotta and cast in bronze characterize a tranquil animal world in which they relax, reflect, and dream. “The notion that an individual creature may experience some spiritual dimension beyond its instinctive animal behaviours is the premise behind much of my work,” she explains in a statement. With half-closed eyes or faces turned skyward, each portrait is an intimate exploration of feeling and empathy.

Inspired by fauna seen commonly around the U.K. like hares and hounds, Theakston also focuses on distant or endangered species like langurs or polar bears that are threatened by hunting and habitat loss. She draws inspiration from ancient cultures that venerated specific animals, such as the Egyptian goddess Bastet who was worshipped in the form of a cat and warded off evil spirits and disease, especially those associated with women and children.

Theakston begins in the studio by pushing and shaping clay into the lithe forms of felines, primates, and canines, trying to capture gestures and contours that give each individual its distinguishing persona. Some of these are then cast into bronze editions to which she applies a patina, giving the sculptures a distinctive texture and hue. Some pieces live on in terracotta, applied with distinctive colored slips. “My main reason for working is to attempt to elevate the animal to an expression of something beyond a representation of its form,” she tells Colossal. Each portrait uniquely mirrors human emotional shifts, encouraging contemplation and communion with the natural world and reflecting on its delicate balance.

Theakston will have work in Art Laren with De Kunst Salon from June 17-19, and you can find more information on the artist’s website. 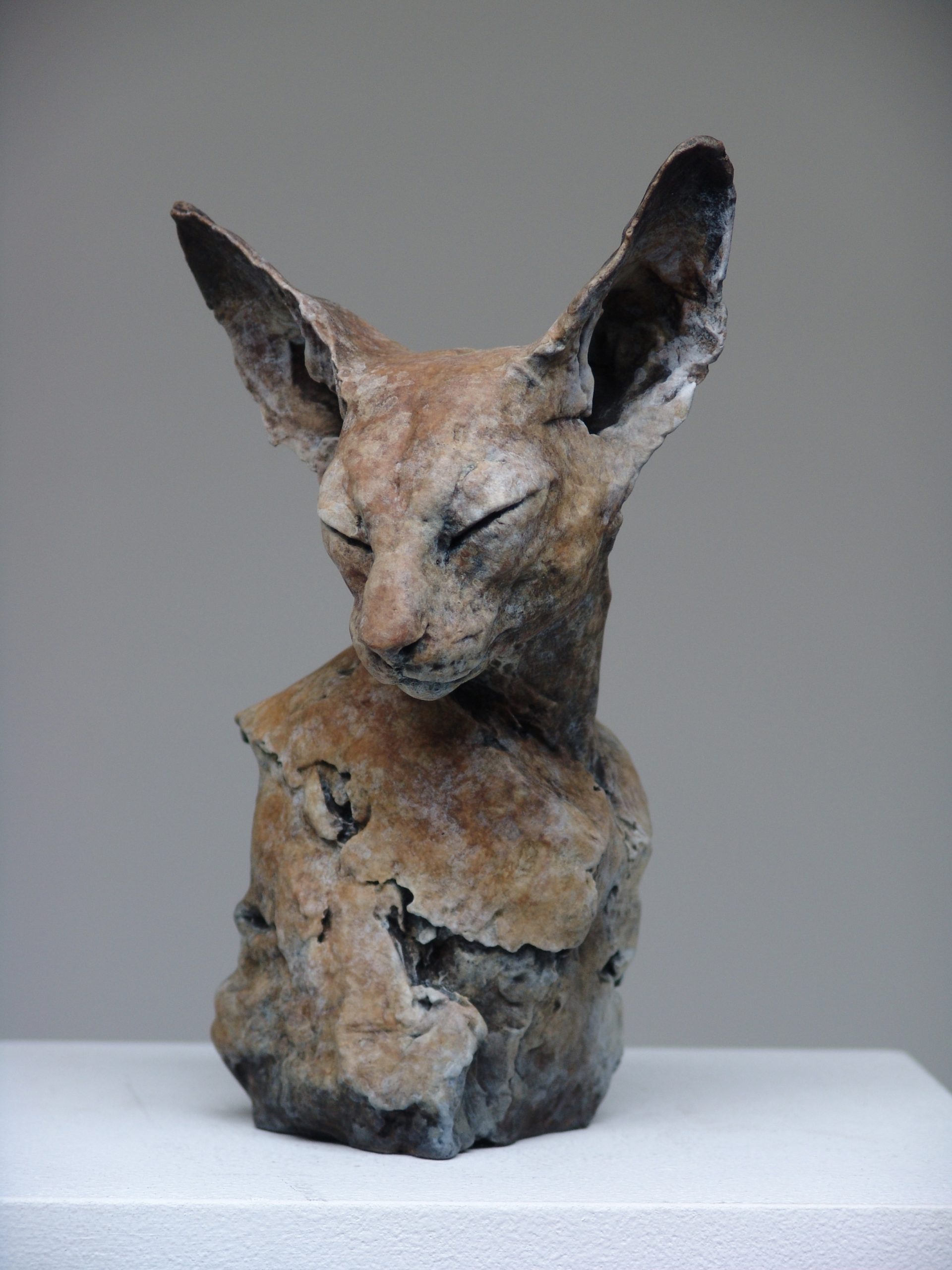