In this fantastic short titled Spatial Bodies, actual footage of the Osaka skyline is morphed into a physics-defying world of architecture where apartment buildings twist and curve like vines, suspended in the sky without regard for gravity. The film was created by AUJIK, a collaborative of artists and filmmakers that refers to itself as a “mysterious nature/tech cult.” From their statement about Spatial Bodies:

Spatial Bodies depicts the urban landscape and architectural bodies as an autonomous living and self replicating organism. Domesticated and cultivated only by its own nature. A vast concrete vegetation, oscillating between order and chaos.

The film seems to draw inspiration from the architectural experiments of Victor Enrich who similarly toys with the idea of structures behaving in impossible ways. Music composed by Daisuke Tanabe. (via Vimeo) 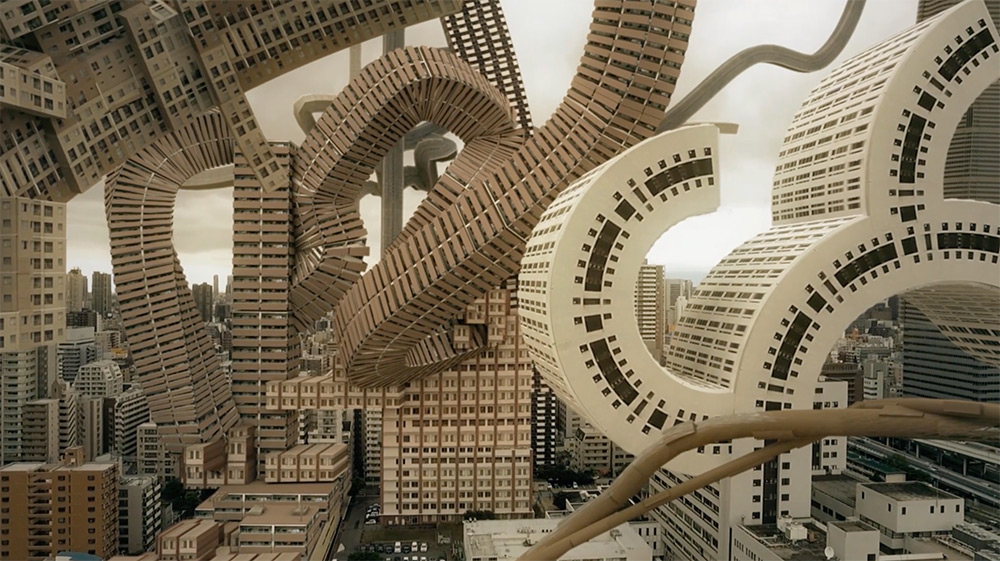