Full Grown’s prototype willow chair now in the permanent collection at the National Museum of Scotland.

The most common way of producing wooden furniture is fairly straightforward: grow the proper trees for a few decades, chop ’em down, cut them into smaller pieces and assemble the pieces into a chair. Derbyshire-based furniture designer Gavin Munro wondered if he could try a wholly different approach: what if he could just grow chairs? What if trees could be forced to grow in chair-like shapes and through strategic sculpting and grafting result in an annual “chair harvest.” After a lengthy years-long trial in his mother’s garden and a sturdy proof-of-concept, Full Grown was born.

Munro points out that the idea of growing furniture actually dates back millennia. The Chinese were known to dig holes to fill with chair-shaped rocks and had tree roots grow through the gaps, while the Egyptians and Greeks had a method for growing small stools. But Full Grown appears to be on a scale entirely of its own, with an entire farm destined to be harvested into chairs, assorted light fixtures, and other unusual objects. He shares a bit about the process which can take between 4 to 8 years:

In essence it’s an incredibly simple art. You start by training and pruning young tree branches as they grow over specially made formers. At certain points we then graft them together so that the object grows into one solid piece – I’m interested in the way that this is like an organic 3D printing that uses air, soil and sunshine as its source materials. After it’s grown into the shape we want, we continue to care for and nurture the tree, while it thickens and matures, before harvesting it in the winter and then letting it season and dry. It’s then a matter of planing and finishing to show off the wood and grain inside.

Full Grown’s first prototype willow chair has already found its way into the permanent collection at the National Museum of Scotland, and Munro and his team just launched a Kickstarter to help them bridge the gap in the final year before their first harvest, nearly 11 years in the making. You can learn more on their website. 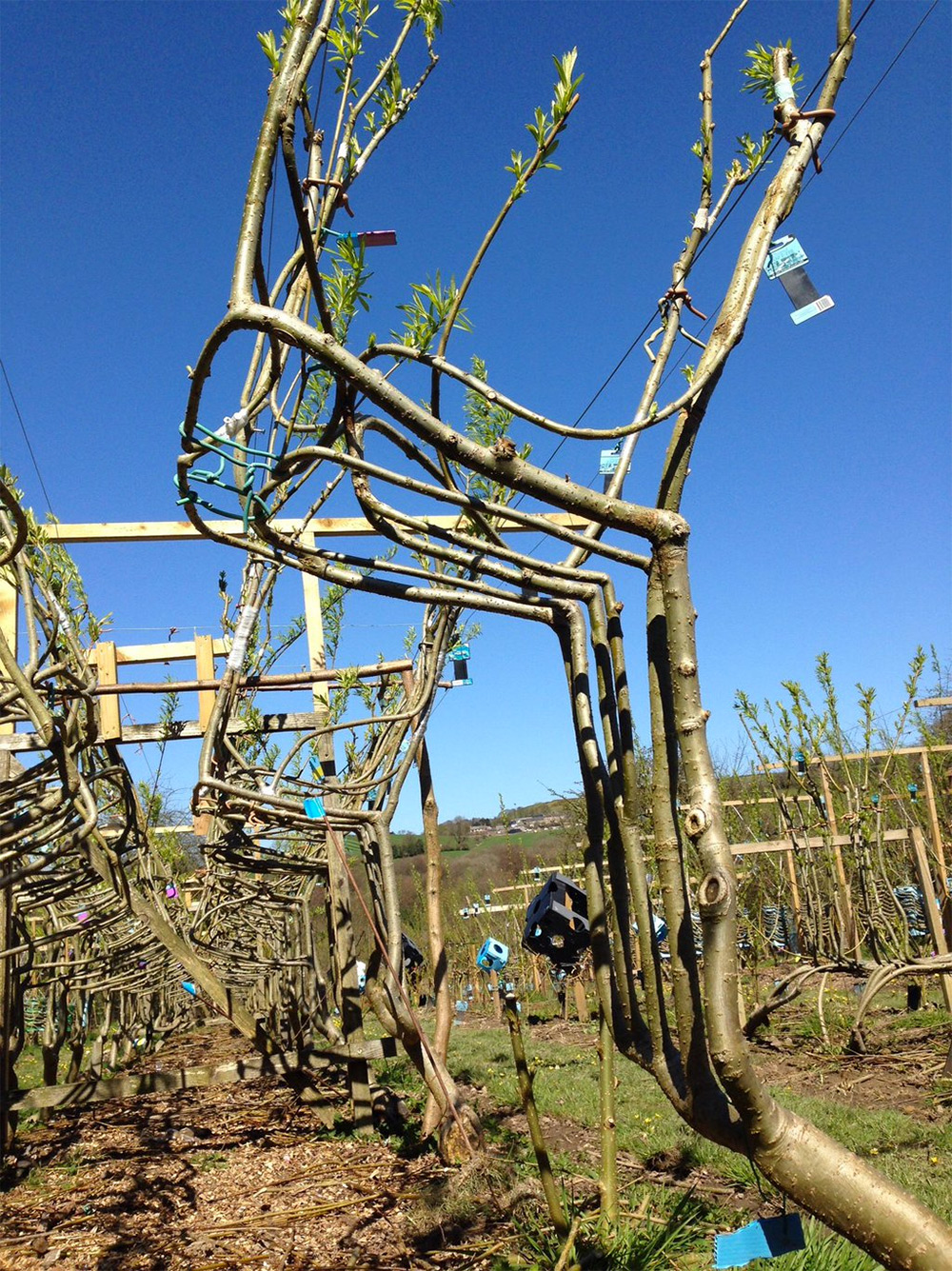