Painter Kehinde Wiley is renowned for his large-scale portraits of Black subjects (perhaps most notably President Barack Obama). His most recent body of work is on view at the Saint Louis Art Museum, and draws inspiration from eight works of art in the museum’s collection, which are referenced in all but one of his paintings’ titles. Kehinde Wiley: Saint Louis is comprised of 11 portraits of people the artist met in 2017 on the city’s north side and in nearby Ferguson, the community where 18-year-old unarmed Black citizen Michael Brown was shot and killed by a white police officer in 2014.

“My job is to see things in an accurate context in a society where so often black people are reduced to simple stereotypes,” Wiley explained in an interview with the St. Louis American. “What I’m doing is slowing down and taking time to honor people from every little detail of their being.  From their nails to the type of jeans that they are wearing – or that sort of timidity or boldness of their character.” The resulting portraits are filled with Wiley’s signature jewel tones and elaborate pattern work that interacts with his subjects, both showcasing and enveloping each figure. As contemporary Black Americans in their own clothing strike the grand postures of white Europeans of centuries past, Wiley juxtaposes the traditions and tensions of race and representation in the art world.

Kehinde Wiley: Saint Louis is on view at the Saint Louis Art Museum (which is free and open to the public) in Saint Louis, Missouri until February 10, 2019. You can watch a video of the artist’s in-depth talk at the museum here. Wiley also shares his completed and in-progress works on Instagram. (via Hyperallergic) 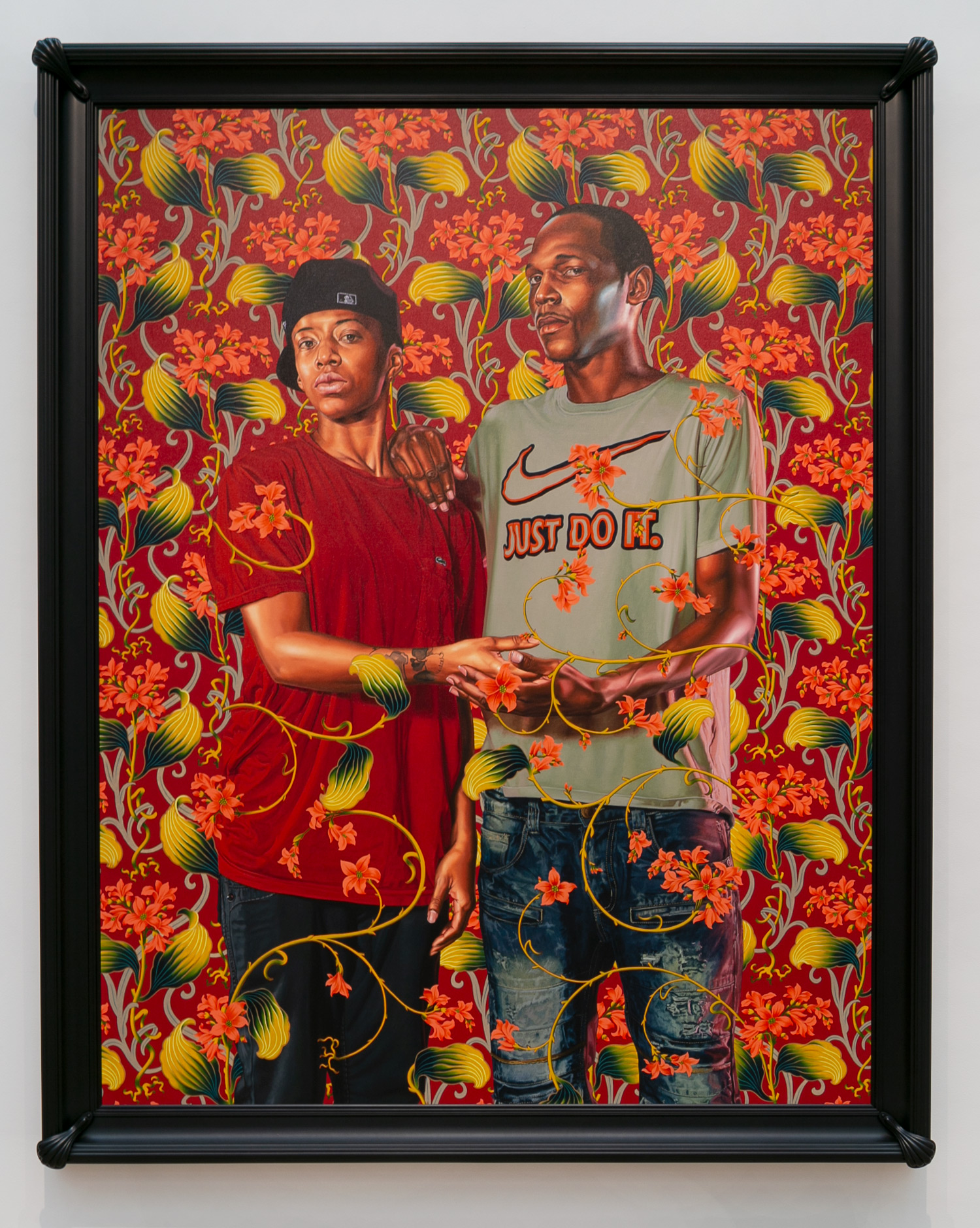