Scenes of contemporary Venice often inevitably include throngs of tourists amongst the centuries-old architecture. But French photographer Thibaud Poirier (previously) took his camera out during the city’s quieter hours. During a weekend trip this past winter, Poirier sought to capture the timelessness of Venice, a task easier done there than in other cities like Paris, Poirier tells Colossal, because of Venice’s lack of cars. Vehicles on city streets tend to simultaneously distract from, and date, photographs of buildings.

In his series Sleeping Venice, the still waters of the canals reflect illuminated docks and the warm-toned weathered facades of the city’s brick and stucco buildings. Poirier explains that he used Google Maps to locate bridge and canal intersections, and then explored the pinpointed areas on foot. Despite the aquatic elements in his image, the photographer shares that he actually took all the shots on land, from bridges, ledges, and dead-end streets. You can see more of Poirier’s work and travels on Instagram and Behance, and find information on purchasing fine art prints on his website. 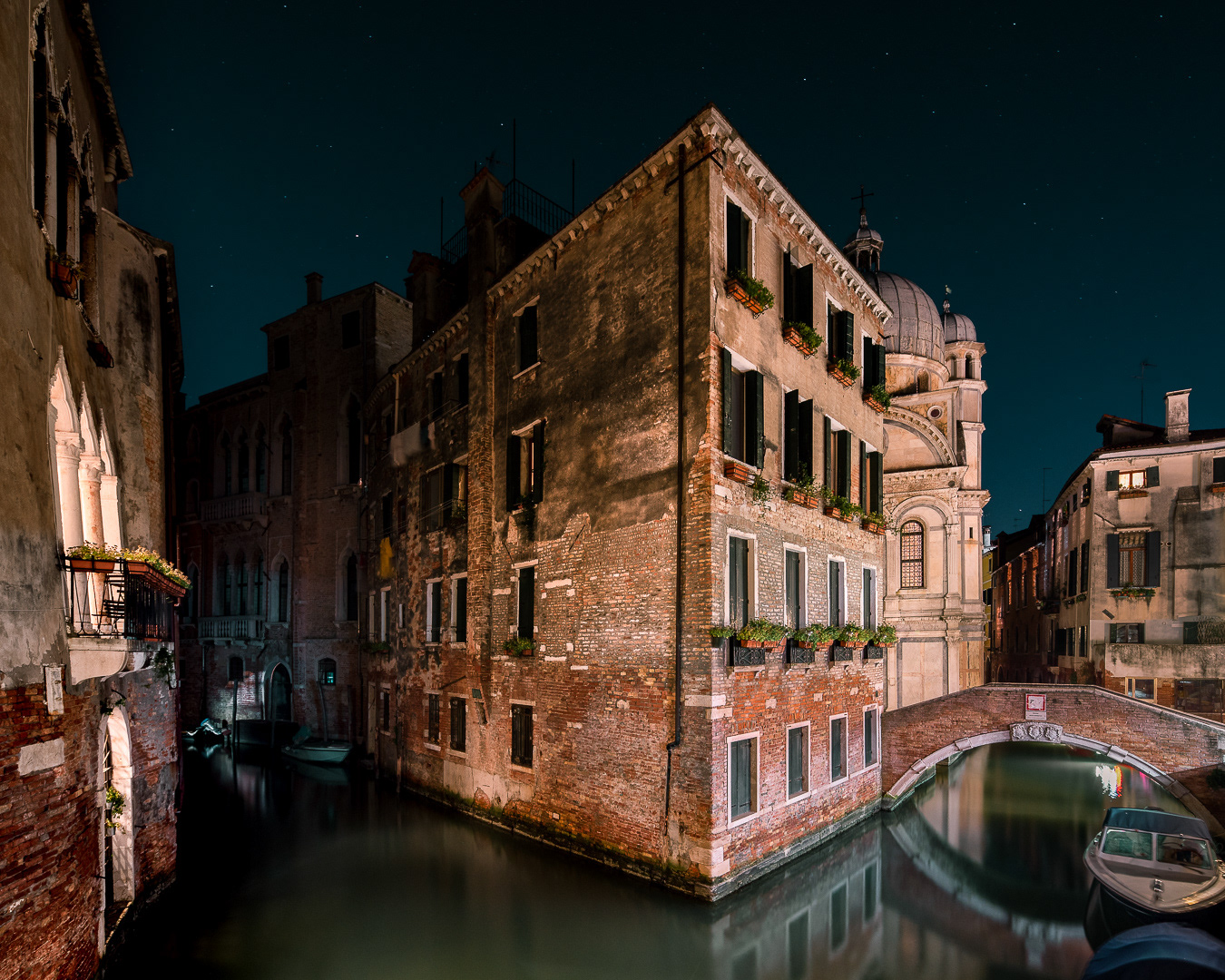 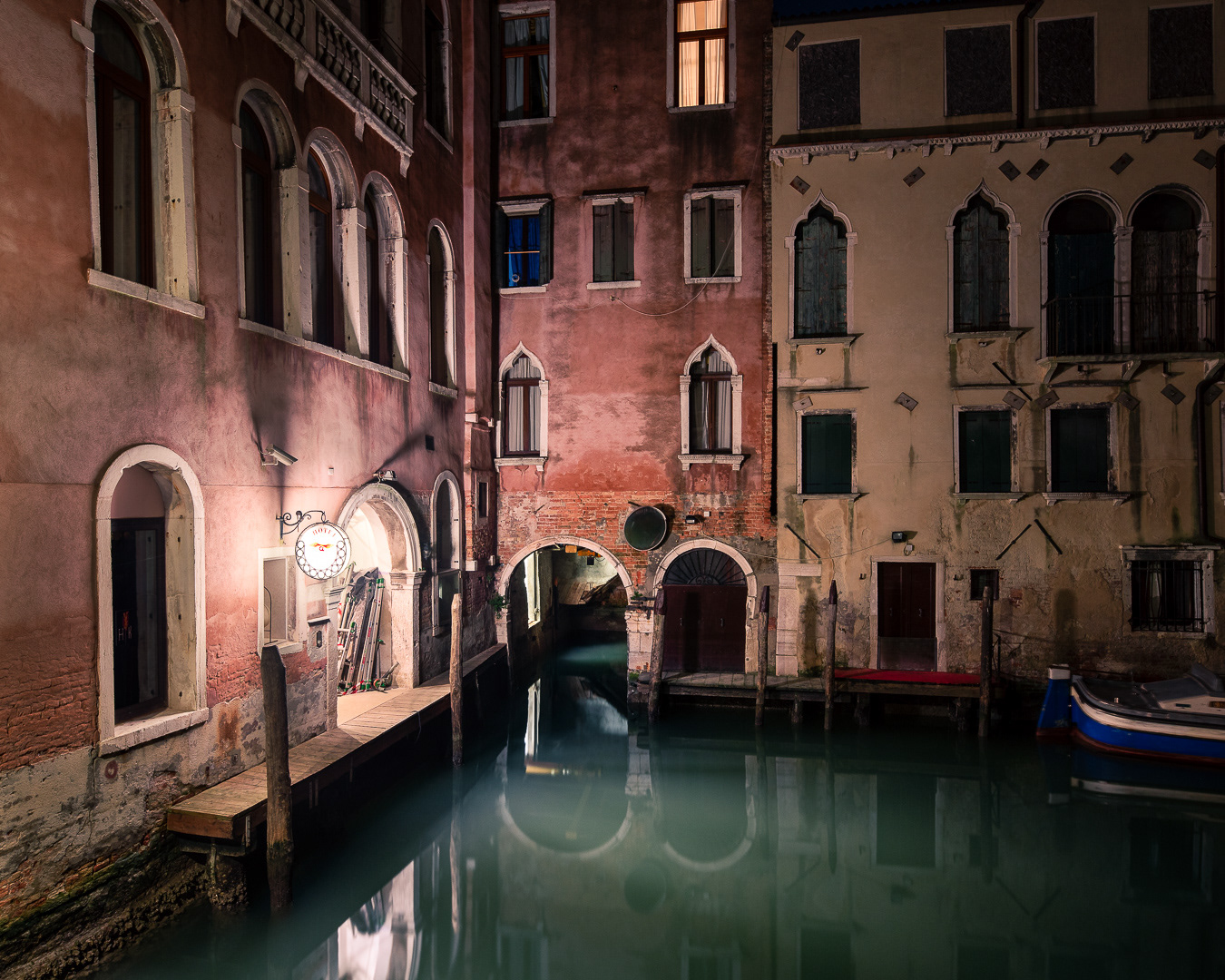